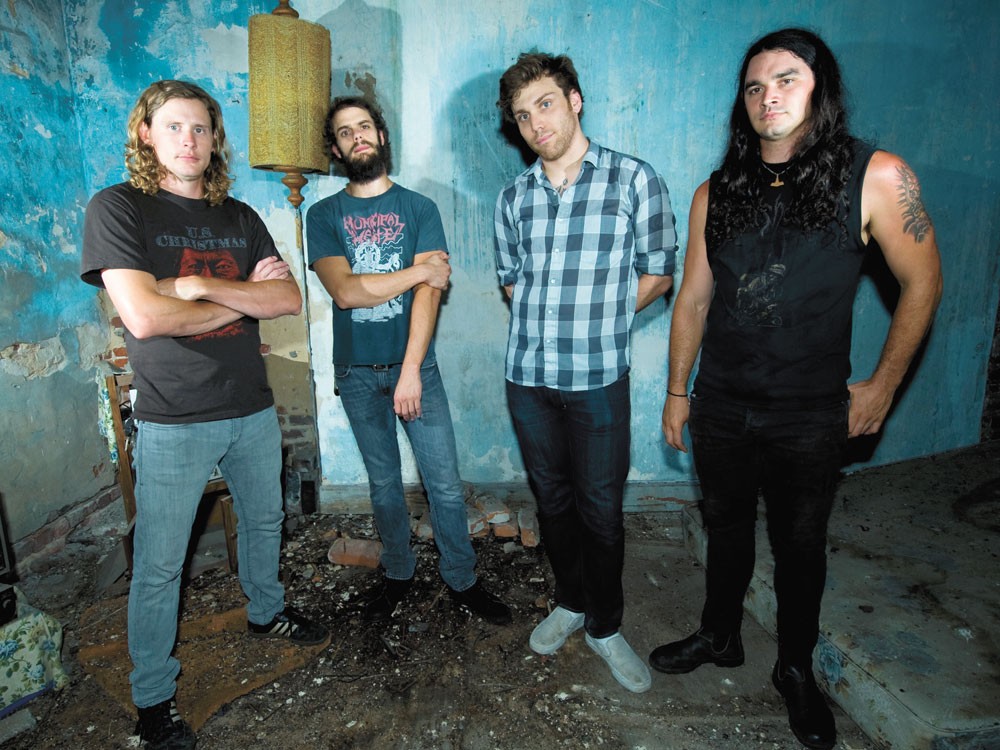 Barones is the best metal band you’ve never heard. For now. And it’s likely the days of you not knowing about Baroness will end soon: They recently supported Mastodon (who stopped here in Spokane back in May) and are coming through again with the Deftones. Oh, and they’ll be supporting freaking Metallica as well.

It remains to be seen whether these high-profile tours will get the Savannah, Ga., band on everyone’s mind (the Metallica tour’s in Australia and they are big in Japan. But then again, who isn’t?). Regardless, the potential to skyrocket in popularity is there, and these sweaty, swamp-logged boys deserve it much more than many of their screechy, grating contemporaries.

For now, they’ll have to be content with being critical darlings — Baroness’ latest album Blue Record (not the most creative name, but side note: vocalist John Baizley does all the cover art, and it is straight-up amazing) turned reviewers’ heads on both sides of the tracks, with metalheads and hipsters alike digging it. Through some kind of mythical metal-math equation, they’ve hit upon an agreeable blend of deep-rooted Southern blues and slow, hypnotic rock that probably gets a ghostly thumbs-up from both John Bonham and Ronnie Van Zant.

Lead guitarist Pete Adams shreds with aplomb, but it’s never noodling for the sake of showing off: The arpeggios and solos mesh perfectly with the rest of the band (in the bands’ words, “gossamer melodies and striking, earnest riffs,” which sounds self-aggrandizing but is not totally inaccurate). Baizley’s voice is powerful and menacing without sounding like the damned Cookie Monster, growling about ashes and war and dour biblical allusions.

So maybe innovation isn’t exactly rampant within Baroness. But there’s something to be said for really nailing the groove, hitting a platonic ideal of sludgy, mesmerizing metal, the kind capable of drawing you in for a spell and making you forget (at least momentarily) if you’ve been listening to it for minutes, hours or days. Not that we’re officially condoning the practice of getting incredibly high and sitting in front of your stereo for the 44 minutes of Blue Record, but it might be the best way to experience it. Hypothetically.

As expansive (and divisive) metal is as a genre, it’s hard to say when one band gets it right. There are so many definitions of right that one fan or another is going to take umbrage at any hierarchal decisions. So let’s avoid all the jousting about who’s better than who and put things in a metaphor all metal fans can appreciate: To say that Led Zeppelin would be nodding their heads in tribute to Baroness is perhaps the greatest compliment one could give. It’s obviously not one we can actually convey, since we can’t speak for them, but the chances are pretty damn good that if you put this on Jimmy Page’s hi-fi, he might sit a spell and listen.