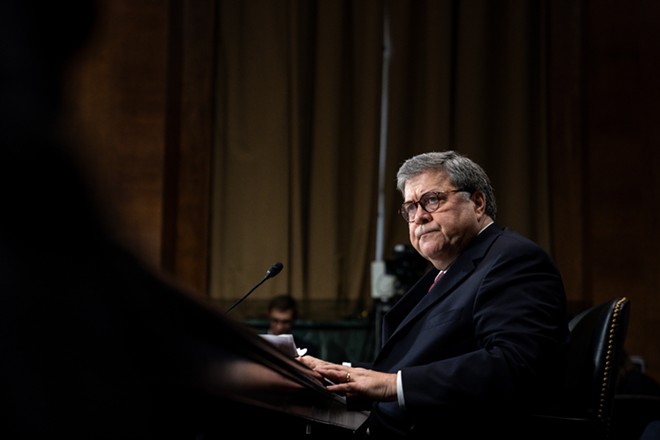 WASHINGTON — Attorney General William Barr dismissed President Donald Trump’s attempts to rebrand the Russia investigation as a criminal plot engineered by former President Barack Obama, saying Monday he expected no charges against either Obama or former Vice President Joe Biden as a result of an investigation into how their administration handled Russian election interference.

“As long as I’m attorney general, the criminal justice system will not be used for partisan political ends,” Barr said during a news conference announcing that the gunman in last year’s shooting at Florida military base had links to al-Qaida.

Barr said that John Durham, the federal prosecutor investigating how law enforcement and intelligence officials confronted Russia’s operations to meddle in the 2016 election, was examining some aspects of the case as potential crimes but that he was focused on other people, not Obama or Biden.

“I don’t expect Mr. Durham’s work will lead to a criminal investigation of either man,” Barr said. “Our concern over potential criminality is focused on others.”

Barr’s comments served as an unmistakable rebuttal to escalating efforts by Trump and his allies to reframe the Russia investigation as a plot to sabotage his presidency by Obama, Biden and officials in their administration. Trump has targeted Obama in a way that no modern sitting president has, accusing his predecessor of unspecified crimes under a vague but politically charged catchphrase: “Obamagate.”

Barr emphasized Monday, as he has previously, that he believes that law enforcement and intelligence officials unfairly targeted Trump as they sought in 2016 to understand links between his campaign and Russia.

He called the Russia investigation and the investigation of Trump “a grave injustice” that was “unprecedented in American history.” He also spoke of a trend in recent decades of “increasing attempts to use the criminal justice system as a political weapon.”

Even so, Barr stopped short of criminally implicating Obama and Biden. “Not every abuse of power, no matter how outrageous, is necessarily a federal crime,” Barr said.