The Kennel doesn't need to panic just yet 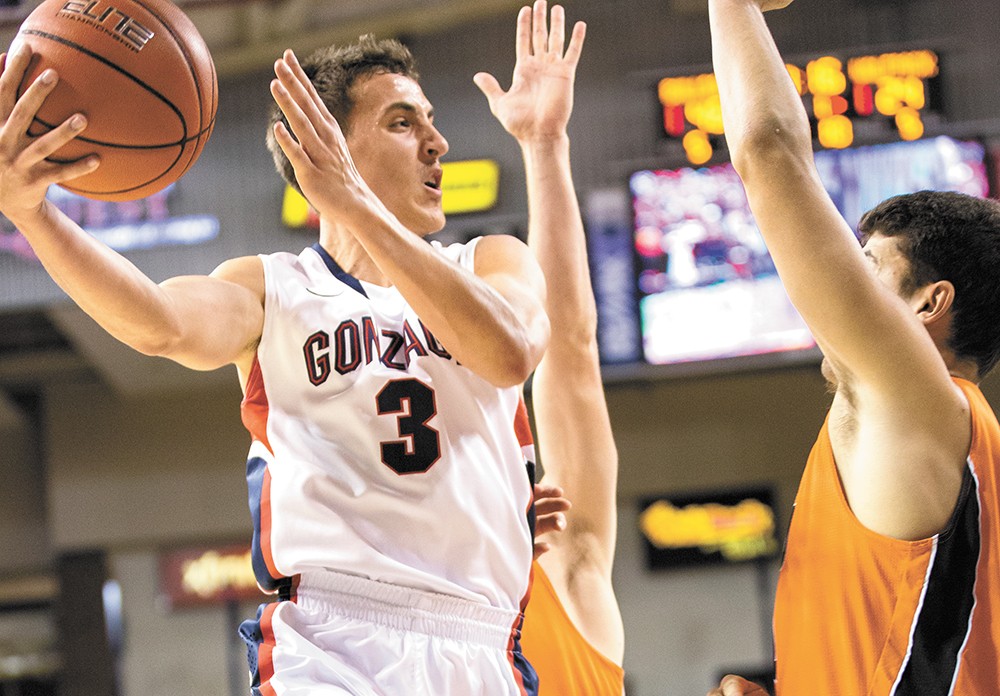 Ryan Sullivan
Kyle Dranginis and the other Gonzaga guards look to fix some early-season shortcomings.

When the "U of A" chant began echoing

through a shocked McCarthey Athletic Center last Saturday in the waning seconds of Arizona's comeback win over Gonzaga, you could feel a little bit of panic in Zagville.

The Kennel is a sacred space where visitors rarely win, and certainly don't get to hear opposing fans start any sort of chant. The 68-63 defeat was Gonzaga's second loss of the year after dropping a nail-biter to Texas A&M in the Bahamas, and also the third consecutive game in which they let a big first-half lead shrink.

"It was a tale of two halves. We were definitely the aggressor in the first half on both ends, and then we had a few things unfortunately go wrong in the first five minutes of the second half," said a surprisingly calm and composed Mark Few after his team let a 10-point halftime lead slip through its hands in a game that saw big, bearded Przemek Karnowski sitting on the bench with an ongoing back injury.

The loss began what is one of the Zags' biggest weeks in recent years. First was Arizona; on Tuesday night they hosted a tough Montana squad before welcoming UCLA to the Kennel on Saturday night (7 pm, ESPN2). Yes, this is the same team that the Zags knocked off down in L.A. last December, then beat again in the Sweet Sixteen. What's different, though, is that this year's Bruins, led by guard and coach's son Bryce Alford, just beat No. 1 Kentucky, and in convincing fashion.

To defeat UCLA, the Zags need to find a way to fix their issues in the backcourt, something that was glaringly obvious against Arizona. Josh Perkins, back this year after missing last year's Elite Eight run with a broken jaw, turned the ball over five times, particularly at critical points in the second half. Kyle Dranginis' senior composure is going to come in handy as he expands beyond the Charlie Hustle/Glue Guy reputation that has made him a fan favorite.

Zag Nation need not panic. This has been the most challenging start to a season in Gonzaga history, given that they racked up nearly 20,000 frequent-flier miles for games in Japan and the Bahamas before even really settling into their starting lineup. Despite all of that, the Zags have lost just two games, both to very good teams. They also have Kyle Wiltjer, who is scoring with ease and without prejudice, especially in the early going of games.

Fear not: Opposing fans won't be taking over the Kennel any time soon.