Batali Steps Away From Restaurants Amid Sexual Misconduct Allegations 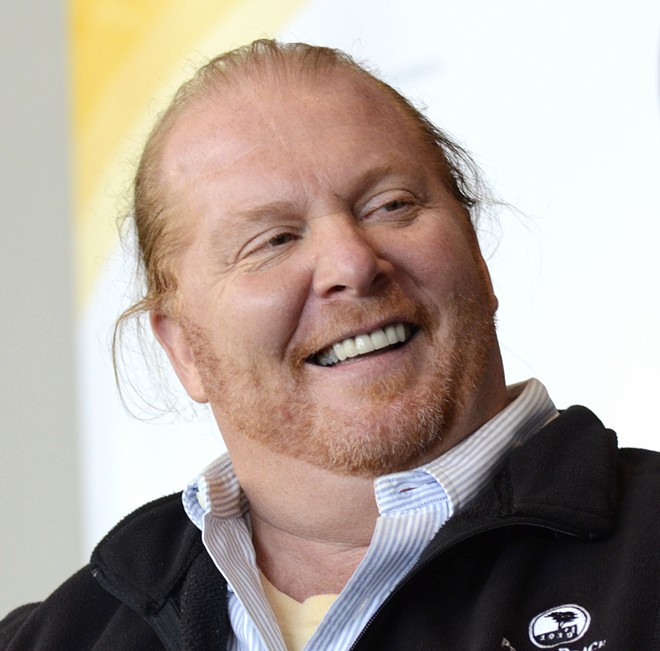 Lance Cheung
Mario Batali: “I apologize to the people I have mistreated and hurt."
By CHRISTINE HAUSER
© 2017 New York Times News Service


Mario Batali, the chef and restaurant owner, is stepping away from the daily operations of his businesses and the daytime program he co-hosts on ABC, “The Chew,” after reports of alleged sexual misconduct.


A report published Monday on Eater, the food website, said four women have alleged that Batali touched them inappropriately in a pattern of behavior that appears to span at least two decades. Three of the women worked for Batali in some capacity during their careers, and the fourth worked in the restaurant industry, Eater reported.

Batali, in a statement sent to The New York Times by his representative, said the accusations “match up” with ways he has behaved:

“I apologize to the people I have mistreated and hurt. Although the identities of most of the individuals mentioned in these stories have not been revealed to me, much of the behavior described does, in fact, match up with ways I have acted. That behavior was wrong and there are no excuses. I take full responsibility and am deeply sorry for any pain, humiliation or discomfort I have caused to my peers, employees, customers, friends and family.

“I have work to do to try to regain the trust of those I have hurt and disappointed. For this reason, I am going to step away from day-to-day operations of my businesses.”

It was not immediately clear how long Batali planned to stay away from his businesses.

Eater also quoted a statement from ABC, later provided to The Times, which said that the network had asked Batali, who has been on “The Chew” since 2011, to step away “while we review the allegations that have just recently come to our attention.”

“ABC takes matters like this very seriously as we are committed to a safe work environment. While we are unaware of any type of inappropriate behavior involving him and anyone affiliated with the show, we will swiftly address any alleged violations of our standards of conduct,” the statement said.

The Batali & Bastianich Hospitality Group, the restaurant-management services company that provides support to around 24 restaurants owned by, among others, Batali and Joe Bastianich, said that in October 2017 an employee from one of those restaurants reported inappropriate behavior by Batali. The company could not be immediately reached.