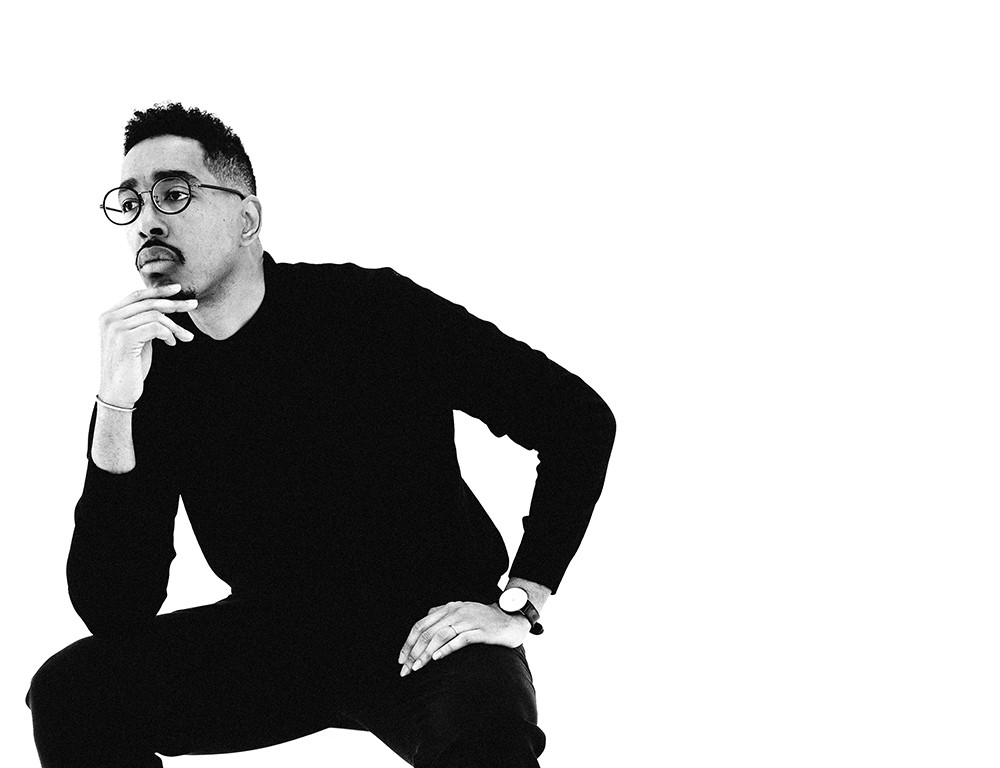 came out with an EP titled Alwasta last year. The name is rooted in the Arabic word "wasat," which means "middleman," an apt description for the rap veteran, who has been releasing music for 12 years.

Oddisee has fought for social justice and the independence of artists in an increasingly monetized industry, and every track he's released has featured his own instrumental production inspired by jazz and previous incarnations of the hip-hop form. His 2015 album The Good Fight, which encapsulates the positivity of black culture, tackled real-life issues and obstacles with an intelligence, humility and poise that are naturally his own. Earlier this year, he released The Iceberg, an album that maintains his gaze, though his subject matter and tone have grown darker.

Oddisee, who performs at the Big Dipper on Saturday night, spoke with the Inlander about what it means to be a socially conscious musician, the state of the recording industry and hip-hop in the age of Trump.

INLANDER: What has allowed you to be so prolific with your work? How do you maintain your creativity with more than 20 individual releases?

I take it as a job first, and I have to go to work. My mother works as a bank teller. She goes to work every day, and rarely takes sick leave, to the point where they force her to take [time] off towards the end of the year. ... She just shows up and goes to work. My mother is the average person, and the average person isn't commended like Cal Ripken just for showing up and doing your job every day because you're supposed to. If I see music as my purpose, my career, I'm supposed to be prolific. This is America; you have to work.

Do you believe your tone has changed lyrically between The Good Fight and The Iceberg?

I think my message has, 100 percent. The tone of the record was very much about putting myself in a situation where I could be seen as a social justice warrior. ... I really had to depend heavily on the musicality of the record to ensure it was still entertaining, even though I was delivering really heavy subject matter.

Do you think it's unfair that people seem to focus on your lyrics or productions exclusively?

100 percent. It's not even personally — my grievance is based on hip-hop as a genre. Hip-hop as a genre has been reduced to "beats and rhymes" and not seen as songs. I have a fundamental problem with that. ... It's time to look at this as a serious art form, as American literature.

Hip-hop in particular seems to be asked to be more political. But it feels like rock artists aren't asked to do the same.

Absolutely. It was a message and music born in social commentary. I get [typecast] as "conscious" all the time, and I don't shy away from that term, but I feel it should be expected. To say that I'm "conscious" means that someone that is a gangsta rapper, or misogynistic, isn't conscious of what they're doing when they're writing it and saying it. That doesn't mean that one form of music is conscious and another one's not. There's a lot of segregation in rap.

Why do you think that divide exists?

I don't think it's the fault of artists; I think it's the fault of journalists and the terms they use to divide rappers' music. ... Tupac can make "Dear Mama" and have "Thug Life" tattooed on his stomach because he loved his mom and wanted to make a song about his mom, but he also doesn't love "bitches and hoes." This is acceptable in rap music. Rap music is the hypocrisy that all of humanity is, but it accepts itself. Every politician in our country is a hypocrite at this point for leaving a clause that allows for them to have Obamacare, but wiping it out for everyone else. They are no different than gangsta rappers that write about their mother and killing people on the same album.

Do you buy into this narrative that we're going to get a wave of "better" music and "better" art because of agitation and resistance against Donald Trump?

No, we're going to get music that pertains to the climate that we're in now, but does that necessarily make it better? That comes from a selfish standpoint of people like you and I saying that music with a message is better. Why is it better when it has social and political commentary? I don't think Trump will make better music. I think people will make music that reflects Trump. We need to stop thinking that automatically means "better," because there's already shitty political rap. There's a lot of people who rap about the system and the man, but they suck. Their beats suck, their bars suck, it's unenjoyable. Just because you're talking about something doesn't mean it's good. ♦

Down North with Left Over Soul @ Lucky You Lounge