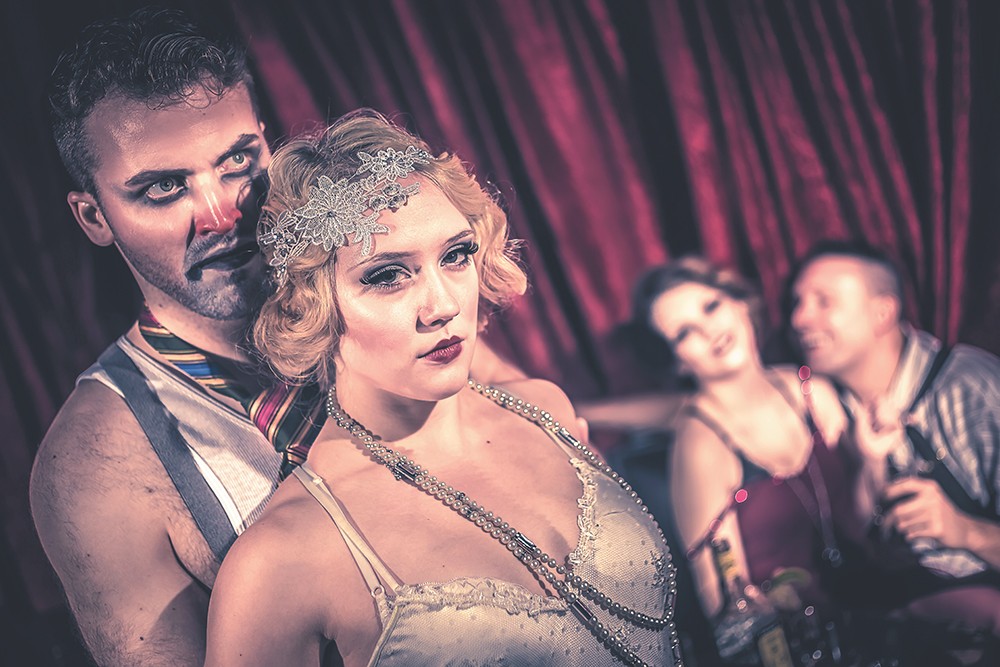 "Queenie was a blonde

and her age stood still / And she danced twice a day in vaudeville."

So runs the evocative couplet that opens The Wild Party, a 1928 long-form poem by Joseph Moncure March. It also opens Andrew Lippa's eponymous musical, the first of two semi-recent dramatic adaptations to find inspiration in March's Jazz Age tale of tragic hedonism. In all its forms, the core plot of The Wild Party remains essentially the same: Tired and resentful of each other, Queenie and her lover Burrs decide to host a party to end all parties in their squalid studio apartment, hoping that it will reinvigorate their relationship. Or present them with new avenues of escape. 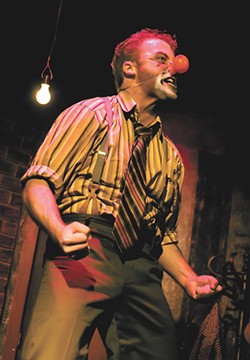 You can see why March's poem might seem ripe for the leap to the stage. Instead of the debauched trinity of sex, drugs and rock 'n' roll, which almost never fails to titillate and engage, The Wild Party swaps out leather trousers for flapper dresses. It's still seedy, yes, but it's a wonderfully vintage seediness; a hip flask and an old Victrola give wanton self-degradation so much more flair.

Directed by Troy Nickerson, The Modern's current production of the "Lippa" version of The Wild Party — not to be confused with the Michael John LaChiusa and George C. Wolfe adaptation that hit Broadway around the same time — makes inadvertent nods in this direction. The 19-person cast features at least 12 members from Rock of Ages and Spring Awakening, both outstanding rock musicals that previously ran at the theater's Coeur d'Alene arm and trod equally risqué territory in very different ways.

But where Rock of Ages and Spring Awakening had some sense of fullness and thrust, The Wild Party feels thin and protracted. The static interior world that can be rendered so effectively on the page is at odds with the "show, don't tell" maxim so fundamental to live theater. As a result, the musical's characters — who are the sum total of the insecurities, the doubts, the schemes, the longing in their heads and hearts — have no more depth than computer programs whose only function is to sing their own source code. Nor does Lippa's bitty, fashionably dissonant pastiche of jazz, gospel, funk and sub-Kander & Ebb tributes offer a lot to work with in that regard. Queenie's closing number "How Did We Come to This?" is so lyrically trite and musically incongruous as to give an air of comedy to everything that preceded it.

This is a shame, as every one of the stylistic elements (direction, sound, music, lighting, design, choreography) along with the massive cast are at or near top form, even by The Modern's impressive standards of late. Quinn Vaira is a quintessential Queenie with a noirish quality. As Burrs, Daniel McKeever fittingly seesaws between charming and brutal, though he tends to project like a sinister game-show host. Jordan Taylor's Mr. Black is the embodiment of the tall, dark and handsome stranger; as Kate, Alyssa Day brings dimension to a cursorily sketched role.

But even with all this talent, the musical itself has too much in common with its characters, and the most it can hope to attain is a beautiful vacuity. ♦