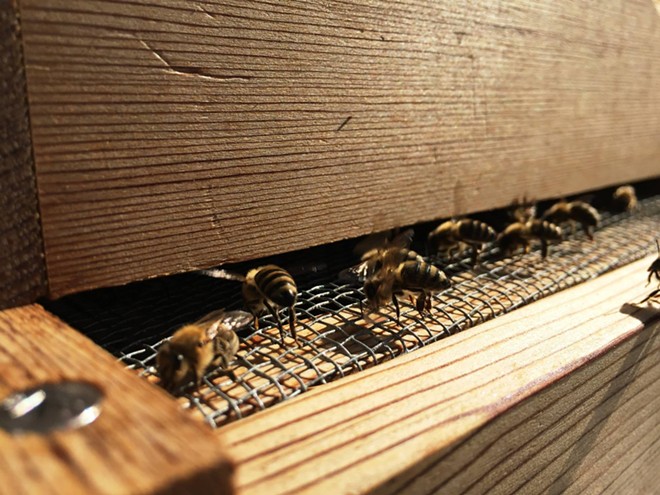 MUSIC NEWS: The Flaming Lips are coming to Spokane next spring!

NEWS: Washington opted not to hold physical meetings on wolf control earlier this year after receiving violent threats that came not from anti-wolf activists, but from pro-wolf commenters.

Devastating bee die-offs hit Idaho
Beekeepers who rent their hives out to farmers to help with crop pollination say they have been hit extra hard this year with hives dying off, continuing a worsening trend of bee die-offs in recent years, the Times-News reports.

Developer sues Avista over South Hill work After utility work caused "irreparable erosion," that's preventing a major development on the South Hill, the company behind the project is suing Avista, the Spokesman reports.

Three killed in naval base shooting were at start of careers
The three men killed in a shooting at the Pensacola naval base on Friday were only just starting their military careers, with one just graduating from boot camp, the New York Times reports.

Twins survive Whidbey Island crash by climbing through woods in the dark
Four-year-old twin girls survived after a Whidbey Island car crash killed their father, making their way up a steep embankment and through the woods to find someone to help, the Seattle Times reports.