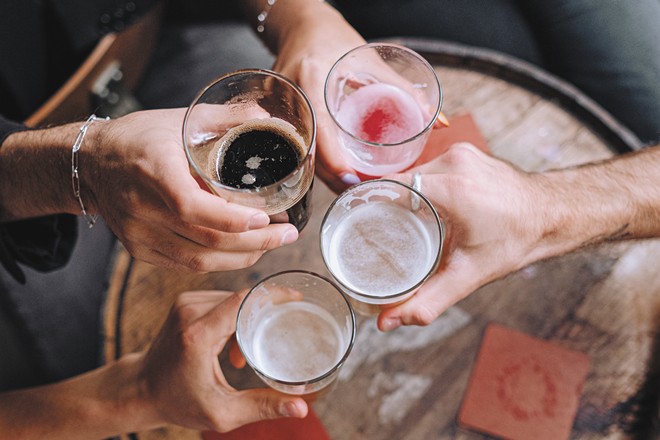 Beers with friends near and far drive this app.

It's Thursday evening. My phone buzzes with an alert but instead of a ding it makes the sound of a can being opened. "silas [sic] is drinking beer" the notification reads. I open the app and am greeted with a blurry selfie of my friend on a patio, an IPA in hand. Seemingly by accident, the photo has been flipped upside down.

"Nice," I think to myself. "I'm glad my friend is having a fun night."

I then close the app and continue living my life.

When a friend suggested I download the Beer Buddy app this spring, I thought it sounded incredibly stupid. It's a social network, with likes and comments and a scrolling feed of posts that looks kind of like Instagram. But instead of beach photos and infographics, each post is just a grainy selfie and a caption that denotes the type of alcohol you're drinking. The feed is chronological and only shows posts from people you follow. You can tag the location or friends you're with, but that's pretty much it. There's no greater substance or meaning. 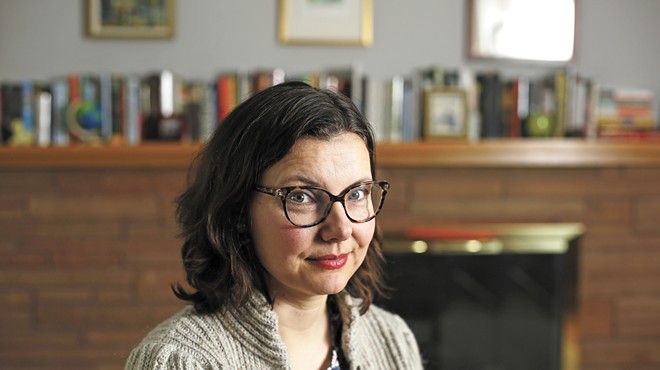 I don't post on Beer Buddy often. I'll go weeks forgetting it's even installed and then randomly decide my followers — nine at time of writing — might appreciate a photo of the IPA I'm drinking. If it gets more than two likes I'll consider it high engagement and call it a day. There's a map feature some use to connect with other party-goers, but I stick to people I know IRL. The app feels liberating because nobody is trying to impress anyone. The photos are blurry, the angles unflattering. No care is given to lighting or filters. The captions are short, cryptic and full of typos.

The app itself has a user interface both glitchy and counterintuitive, but the clunky design just adds to the charm, like an old-school Polaroid camera passed around at a house party.

Unlike Twitter, Facebook or Instagram, when I post on Beer Buddy I don't feel like I'm performing for an audience or creating content — I'm simply existing. The feed isn't algorithmically tailored to show your biases, and if there are Beer Buddy influencers I have yet to see them. There are no quirky brand accounts or options for monetization. Beer Buddy doesn't have trolls, hot takes, bad faith arguments or an endless biblical scroll of dopamine-milking content that keeps you wired in long enough to extract your advertising data; it's just beer and good vibes.

There is some misinformation, but it's usually because a friend tagged a post as beer when the accompanying selfie clearly shows a mixed drink.

I'm 22, and only kind of remember life pre-platforms. Using Beer Buddy, I finally understand what made Facebook feel so revolutionary when it launched in 2004. There is something intoxicating (I'm sorry) about seeing your friends having a good time, liking it and thinking nothing more.

It raises broader questions. Why do we post? What does it mean to be social online? Too often, posting feels like marketing or self-branding — with personhood increasingly tied to the logic of platforms designed by wealthy nerds in Northern California.

Beer Buddy isn't the solution, but it offers a hoppy, carbonated escape. ♦

The original print version of this article was headlined "Beer-Scrolling"