A bronze comes home in the World Beer Cup; plus, Washington’s Legislature patches the budget 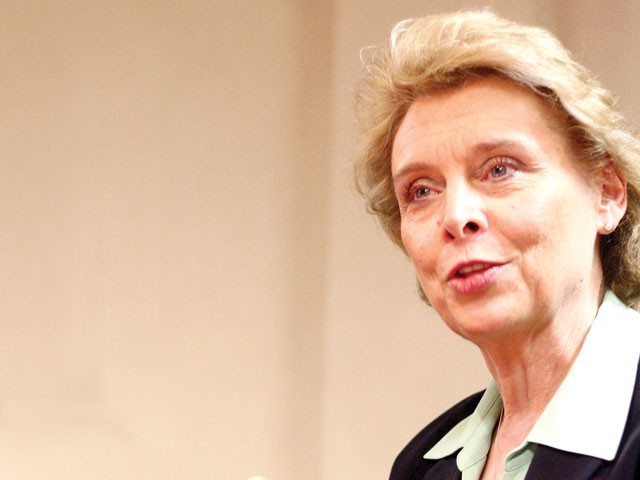 Out of 3,330 beers entered from 44 countries, with 90 styles of beer being judged, the local Golden Hills Brewing Co. took home a bronze in this year’s World Beer Cup.

“Considering we’ve only been around a year, we’re pretty happy,” says Bernie Duenwald, president of the Reardan-based company, who just got back from Chicago. “And we won with our first commercial batch of Ben’s.”

Ben’s Brown, the latest brew coming out of their Airway Heights brewery, won in category 37, American-Style Dark Lager, behind Full Sail’s Session Black and Durango Brewing Co.’s Durango Dark. (Golden Hills also makes Lizzie’s Lager and Clem’s Gold.) Though the category had only 12 entrants, compared with 113 in the wood- and barrel-aged strong beer category, Duenwald’s very happy with the placing. And can’t wait for next year. (NICHOLAS DESHAIS)

OVERHEARD IN THE HOT TUB AT THE DOWNTOWN YMCA

“It’s time to go hunting for Christine Gregoire,” said a 60-something man with a trim white beard and blue trunks. He was complaining to a woman seated beside him in the jetted pool. “It’s one thing to raise taxes, but now she’s going after my wife’s candy…” He rolled his eyes back.

Washington legislators finally hung up the towel at 1:10 am on Tuesday, ending a session that began on Jan. 11 and went into special overtime on March 15. Tasked with plugging a $2.8 billion hole in the state’s budget, legislators cobbled together a package of new revenue that included much-discussed taxes on candy, gum, soda, bottled water, cigarettes and mass-produced beer, along with far steeper (temporary) taxes on service businesses (like attorneys and real estate agents).

Aside from taxes, majority Democrats made up the difference with $600 million in anticipated federal money and about $755 million in budget cuts.

“This is a balanced budget,” Senate Majority Leader Lisa Brown (D-Spokane), who throughout the session pushed a temporary sales tax hike rather than a candy and gum tax, told The Olympian. “To do it without any revenues would be beyond our values.” (JOEL SMITH)

The state budget is done and passed. And with it, come sighs of relief and gasps of horror. On the gasp side, chalk up Pine Lodge Correctional Facility for Women. Cuts had to be made, and $55 million was saved by closing several prisons, including Pine Lodge.

Fagan is worried most about the effect of losing the successful therapeutic community at Pine Lodge. Many women testify it’s helped them turn their lives around— and the low recidivism rate backs that up.

“What a terrible waste of human resources and taxpayer dollars to let a program like that be degraded. It’s not something that you can pick up and move,” Fagan says. “I won’t say it’s impossible to duplicate a therapeutic community somewhere else, but it’s going to take time.” (DANIEL WALTERS)