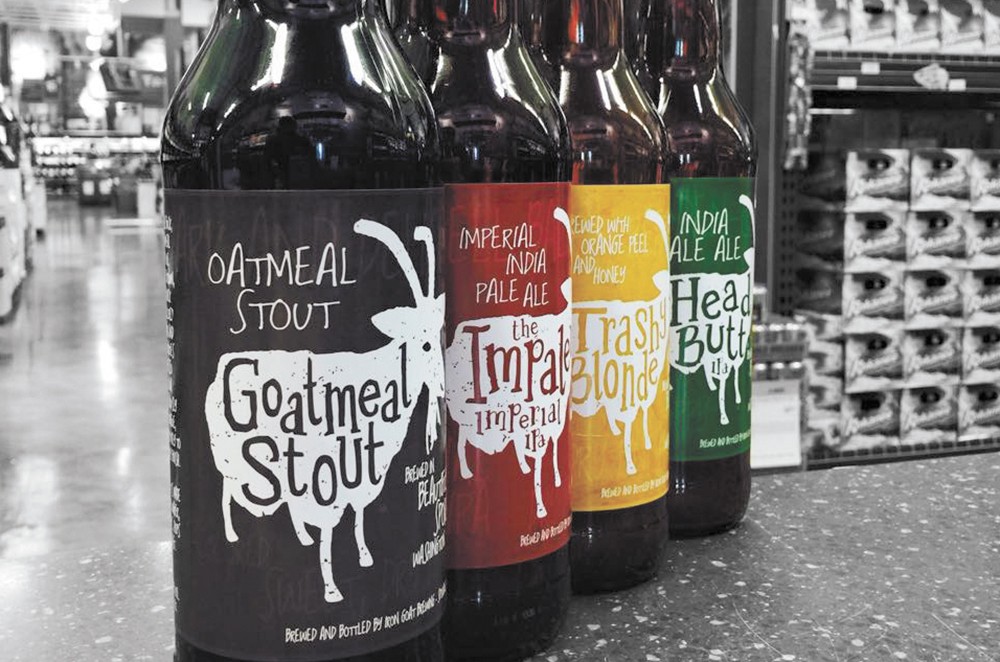 Iron Goat beers are now in bottles and available at most local grocers.

Fancying oneself a local beer fan

can be tough in these heady days when new breweries pop up around the Inland Northwest quicker than you can count, but Adam Boyd would like to bring you up to speed.

As the host of the new radio show "Good Brews," which debuted on KYRS (92.3 FM and streaming at kyrs.org) last Sunday, Boyd is giving brewers airtime to talk about the region's beers in interview segments recorded both on-site and in studio. The show's goal, Boyd says, isn't just to attract beer geeks who know the difference between a Simcoe and a Centennial (they're both hop varietals), but rather to create a welcoming, everything-you-wanted-to-know-but-were-afraid-to-ask vibe.

"Some people think [craft beer fandom] is kind of snobbish, but this show is accessible. Even if you don't know what an IBU is, we'll explain it," says Boyd, a local filmmaker who, like many craft beer fans, got into beer after falling in love with New Belgium's Fat Tire. Boyd also is an accomplished home brewer with — prepare for some jealousy — six of his own beers on tap at his house.

Boyd says that each show will list "new and notable" beers from the region while also providing ample education on beer styles and brewing techniques.

"We want to do a lot of introducing styles and exploring them whether they're familiar or rare," says Boyd.

In other beer news, you may have noticed a new arrival on the shelves of your neighborhood beer aisle. Iron Goat Brewing recently got into the bottling game with 22-ounce bottles of their Head Butt IPA, Impaler Imperial IPA, Goatmeal Stout and Trashy Blonde Ale. Currently, the bottles are on sale at a number of outlets, including, but not limited to, Rosauers, Albertsons, Super 1, Yoke's and Huckleberry's.

You can celebrate the First Friday art walk with a stop at River City Brewing in downtown Spokane from 5:30 to 8:30 pm to try the 2015 edition of the Riverkeeper IPA. Sales of the hoppy IPA, made in partnership with Numerica Credit Union, benefit the Spokane Riverkeeper, a group that advocates for the well-being of the city's namesake river and its watershed.

Up in Sandpoint, the expansion of MickDuff's Brewing Company continues with the arrival of their new 20-barrel brewing system (which includes a 700-gallon mash tun that head brewer and co-owner Mickey Mahoney engineered from an old dairy tank), an upgrade from the seven-barrel system the brewery has used since opening in 2006. They plan to have the system up in the coming weeks, which will soon allow for more distribution to Eastern Washington taps. ♦