Bergdahl Is Dishonorably Discharged, but Avoids Prison for Desertion in Afghanistan 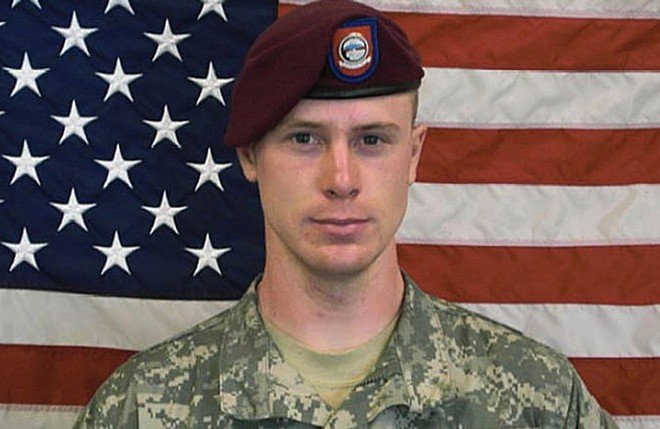 
FORT BRAGG, N.C. — Sgt. Bowe Bergdahl was dishonorably discharged from the Army on Friday by a military judge, but received no prison time for desertion and endangering troops, ending a drama that began more than eight years ago in war-torn Afghanistan

At the sentencing hearing, the military judge, Col. Jeffery R. Nance of the Army, also reduced his rank to private and required him to forfeit $1,000 a month of his pay for 10 months. The sentencing took only minutes: The judge entered the courtroom, read the verdict, and then left.

The sentence will be reviewed by Gen. Robert B. Abrams, who convened the court-martial, and has the power to lessen the punishment. If the final sentence still includes a punitive discharge, it will then automatically be reviewed by the U.S. Army Court of Criminal Appeals.

Bergdahl was 23 and a private first class when he walked off his base in eastern Afghanistan in June 2009. Army investigators would later characterize his departure as a delusional effort to hike to a larger base and cause enough of a stir that he would get an audience with a senior officer to report what he felt were problems in his unit.

But the soldier, who is now 31, was captured by the Taliban within hours, and would spend five years as a prisoner, his treatment worsening after every attempt he made to escape.

The military searched for him, and several troops were wounded during search missions.

Bergdahl was freed in 2014 when the Obama administration exchanged five Taliban detainees at Guantánamo Bay for him, setting off a political furor that still reverberates.

Politics dogged the case from the start. The Obama administration’s embrace of Bergdahl gave the president’s opponents a new target to attack, according to some military justice experts.

Then, last year, Donald Trump made denunciations of Bergdahl a staple of his campaign speeches, and called for the sergeant to be executed.

Nance labeled Trump’s comments “disturbing” but declined to throw out the case. Then, last month, Trump seemed to endorse his earlier sentiments about Bergdahl, saying, “I think people have heard my comments in the past.”

After another protest by the defense, Nance ruled that he would consider the president’s comments as evidence in mitigation as he deliberated on a sentence.