Bernie takes New Hampshire, Yang is down for the count, and other headlines

NATION: The Trump Justice Department will seek a shorter sentence for Roger Stone, who was convicted of seven felonies for obstructing a congressional inquiry.

ZAGS: Sure, the Zags dominate their away games, but the fans have to fight to be heard.

IDAHO: Reps. Heather Scott and Sage Dixon both share the same North Idaho legislative district and have similar views on governing... But while Scott denounces the media and makes outrageous claims about her opponents, Dixon has a more steady approach to representing the people in District 1.

Jussie Smollet indicted for alleged fake attack
A grand jury on Tuesday indicted Jussie Smollet on six counts of disorderly conduct alleging that he orchestrated an attack on himself by fake Trump supporters who made racist and homophobic slurs. (Chicago Tribune) 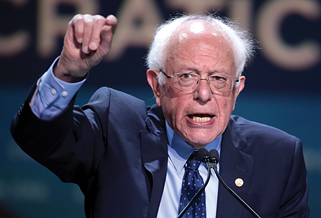 Gage Skidmore
Sen. Bernie Sanders has made "Medicare for All" a rallying cry of his campaign.
Bernie takes NH
Presidential contender Bernie Sanders took a narrow victory in the New Hampshire primary over Pete Buttigieg. Amy Klobuchar came in third. Next up: Nevada. (CNN)

Yang out
Andrew Yang has dropped out of the presidential race, saying the numbers were not in his favor. (Washington Post)

The gloves are off
Now that he's been acquitted, Donald Trump has made it obvious that he wants revenge, the Daily Beast reports.