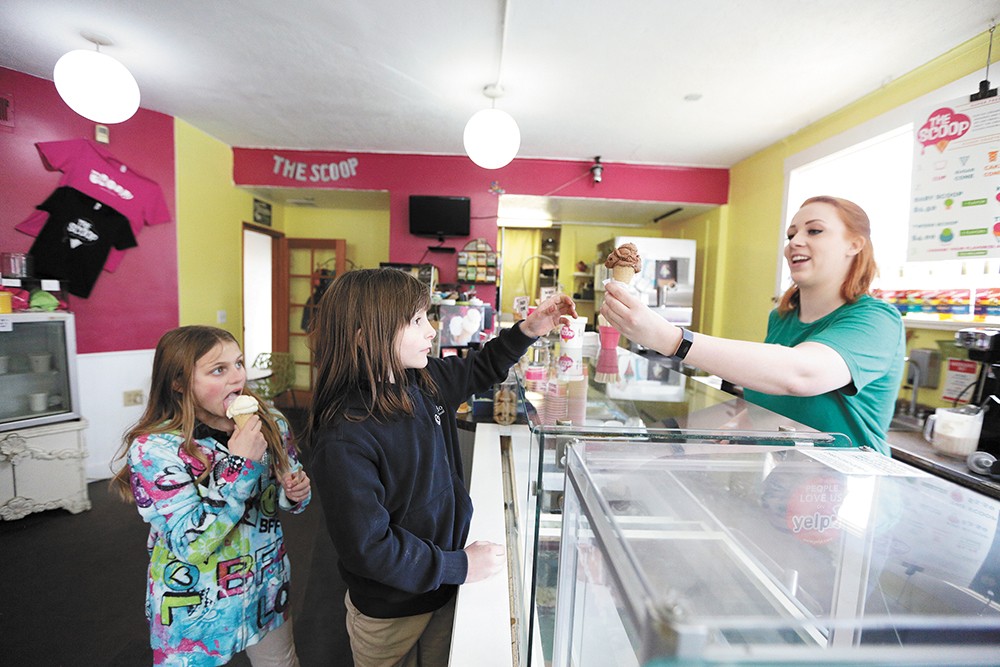 Winning Best Ice Cream in the Inlander's Best Of competition is a somewhat bittersweet victory for Jennifer Davis, owner of the Scoop.

The last time the Scoop won Best Ice Cream was in 2014, and it was in conjunction with their wholesale ice cream provider at the time, Brain Freeze. That same year, Brain Freeze announced they were opening up their own shop.

"We were their largest retailer that same year they announced they were going to Kendall Yards," Davis recalls. "That's when I realized I had to make my own ice cream."

Learning how to do everything from scratch in their 100-year-old building on the South Hill was a difficult process, she says.

Now, the Scoop (1001 W. 25th Ave.) offers more than 150 of its own flavors, including the off-beat blueberry jalapeno, cheese plate, spicy cinnamon, "banoffee pie" (that's banana, toffee bits and cookie butter), as well as the usual staples like chocolate, strawberry, Oreo — even a selection of vegan flavors.

As for Davis's favorite flavor... it's a hard decision, but she goes with the "pistachio pineapple marshmallow."

"It's like your grandma's pistachio delight salad," she says.

The Scoop had been a popular after-school hangout for Davis and her daughter, who were loyal customers before she took it over in 2011 when she heard the former owners were moving away.

Although the Scoop never earned the title of Best Ice Cream after 2014, Davis says she was content with the strong customer support she received, "title or no title."

Brain Freeze, meanwhile, would continue to make a name for itself each year in the Inlander's Best Of competition (2015-19), even opening a second shop on the South Hill in 2016.

The customer base was split, Davis says, and the Scoop was the underdog.

"We have such amazing customers. The last three years I didn't even care," she says. "We have lines out the door in the summer. Not just from 6-9 at night but at 1 in the afternoon."

But in 2020, the title goes to the Scoop, and it feels good to finally get some recognition, Davis says.

Brain Freeze shut its doors last summer, relinquishing the title of Best Ice Cream. And who's moving into its old Kendall Yards shop? None other than the Scoop.

Davis says she plans to open the new location later in March. 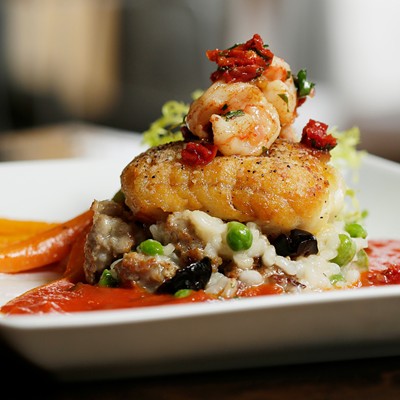 The pandemic shutdown hasn't stopped some new, local food spots from opening, and even thriving