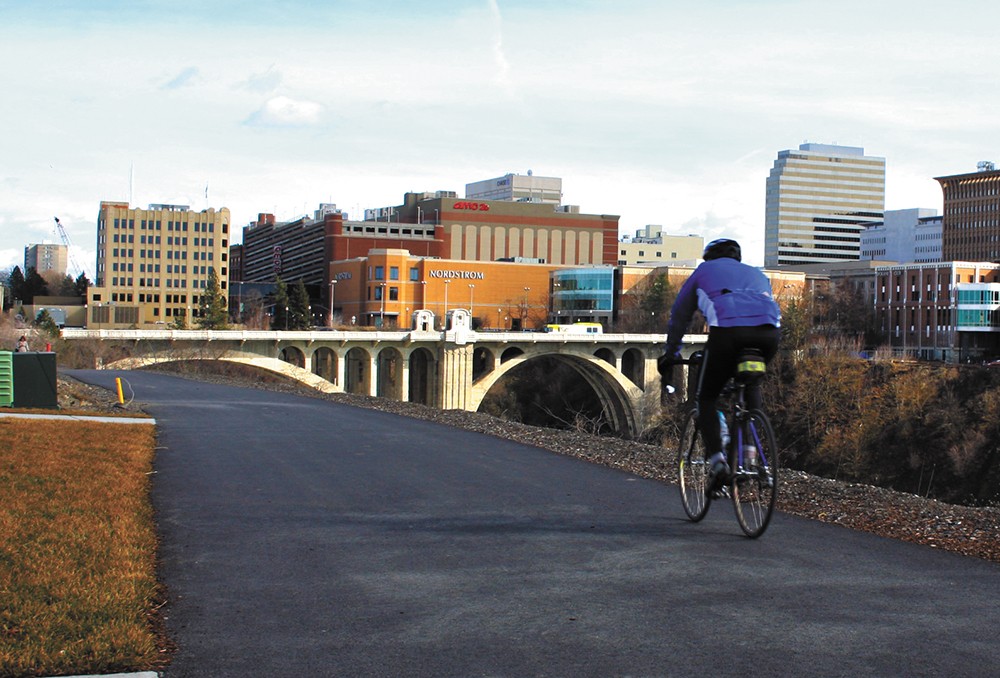 On a cold, foggy Saturday morning in early March, Ken Briggs is sitting in his car trying to keep warm.

"It's good running weather, but it's not good standing-around weather," Briggs says, blowing warm air into his hands.

The 24 runners standing around Briggs' car agree. Though 28 degrees at 6:45 am is chilly for most people, these hardy souls aren't ordinary. They also know that as the day progresses, it'll only get nicer.

In several hours time, they'd all have completed any number of miles — 28 to 50 — on Spokane's Centennial Trail. This marked the seventh year Briggs has organized the low-key Centennial Trail Run for the Bloomsday Road Runners Club, an event that's more about pride than racing. It's so low-key, Briggs just asks runners to email him their total miles and times after they're done. There are no timing chips or water stations here.

Briggs started the run because Spokane didn't have a challenging long-distance running event in March. The Centennial Trail seemed like a perfect place to host it. At 37.5 miles from Sontag Park in Nine Mile Falls through the heart of Spokane and the Valley to the Idaho border, it's the perfect way to showcase the city and its namesake river.

And as a past board member of the Friends of the Centennial Trail, a nonprofit advocacy and fundraising group, he wanted to encourage more use of one of the region's outdoor attractions.

"I personally like things that get people away from being sedentary," he says. "[The trail] means a lot of things to a lot of people. If you're a businessperson, it's a way of attracting people to town. If you're in town for a convention and you want to get in a run, it's there. It refocuses people on how precious our resources are."

The trail was inspired by Washington's centennial year in 1989, with most construction completed between 1989 and 1991. Since then it's expanded into North Idaho, through Post Falls and Coeur d'Alene, spanning 60 miles.

It's also a testament to shared civic and recreational visions.

Though it's ideal for runners, bikers and walkers, there are a few miles that require extra caution.

"Have fun out there. Watch for ice. Watch for bikes," Briggs warns the runners at the starting line. At that, a truck rounds the corner of the trailhead, where at this point runners share the trail with vehicles.

"And watch for cars," he adds.