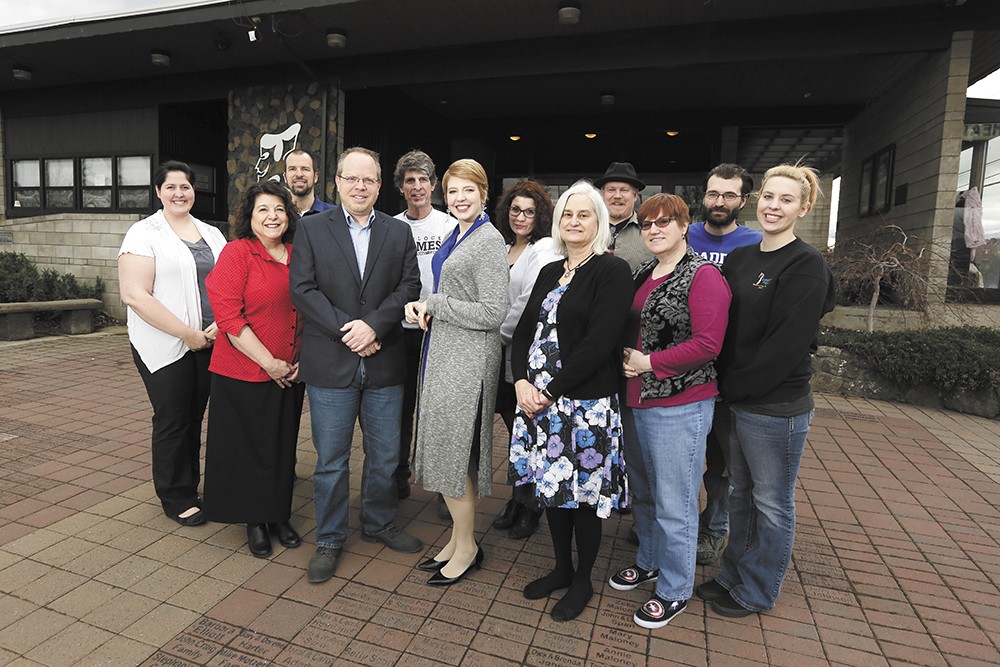 Young Kwak
The team behind the curtain.

asks Keith Dixon, executive director of the Spokane Civic Theatre. It's a rhetorical question, clearly, but a rough answer lies in the votes that propelled the Civic's most recent holiday show to a comfortable victory over some fierce competition — including the theater's own well-received production of Evil Dead: The Musical, which took second place.

Dixon says that the film-based musical's hometown ties, feel-good atmosphere and memorable tunes by Irving Berlin explain why it proved so popular with audiences, even after being staged during three of the past six Civic seasons.

"White Christmas is a Spokane show. It's Bing Crosby. It's beloved. You could run that show every year and people would come see it. It's such a great family show at the holidays."

This production, however, was something special by all accounts. Dixon says that Jean Hardie's "great" direction was palpable. "The cast had such a wonderful time, and all of that camaraderie and energy carried over into the performances."

"White Christmas was upstairs on our main stage. Evil Dead was in the studio downstairs, and that's a space where we get to play and stretch the boundaries," Dixon says. "With these two shows being so opposite, it speaks to the variety of what people want. And we're finding ways to give all audiences something that they will like. I think this recognition demonstrates that."

The Civic isn't just claiming the top two spots in this hotly contested category. White Christmas gives the theater 10 years of first-place wins, earning it a place in the Hall of Fame.

"Ten years — I've seen theater companies come and go multiple times in 10 years. It speaks to the consistency of the quality of the work that we do. It also speaks to the passion that our volunteers have for the work and theater itself, the hard work of our staff, and the love that the community has for what we do and how much they support it," Dixon says. "It truly is theater by the community, for the community."