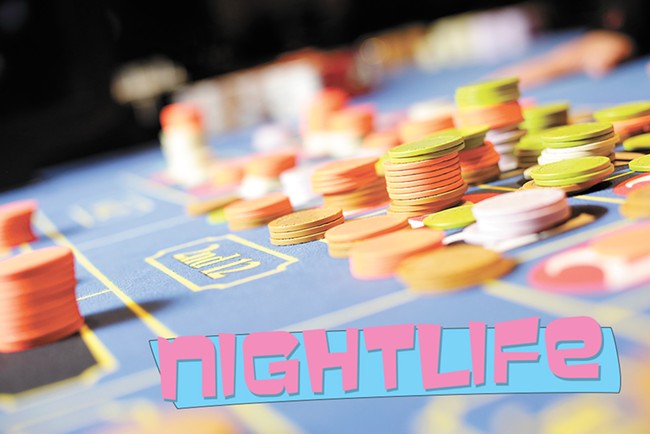 There aren't many places around town where you can play Galaga, X-Men, Turtles in Time, air hockey, arcade basketball or any number of pinball games (Judge Dredd, Star Wars, Ghost Busters) to your heart's content (or at least until the quarters run out). But for the second year in a row, Gamers is the No. 1 choice in the Inland Northwest for pre-home-console-era nostalgia. (MR)

HUGO'S ON THE HILL

After many consecutive years atop Spokane's bowling scene, Hugo's on the Hill faltered in 2017. The Best Of mainstay relinquished its title to Lilac Lanes. Call it a blip, an aberration or a fluke, if you want. But I think what we have here is the beginning of a good ol' fashion rivalry. This year Hugo's is back on top, and Lilac slid back into second place. Stay tuned next year, dudes. (MR)

It's kind of like the Rookie of the Year award. They're new to the league. They have something to prove, maybe a little swagger. Perhaps a little too much swagger. For the past few years, winners of the Best New Nightspot have gone on to solid sophomore seasons and beyond, including The Bartlett, Durkin's Liquor Bar, the Observatory and Hogwash Whiskey Den. Now add to the list the craft beer and dog-friendly joint, Community Pint. The taps are rotating constantly. Trivia Wednesday nights. Live music sometimes. (MR)

2018 was supposed to be the year Manito Tap House claimed Jordan status. But the elusive sixth Best Of championship (Michael Jordan won six NBA Final championships) has been denied. Frequent contender O'Doherty's is on top this year. Have a Guinness and a Reuben. Then belt a tune from on top of the bar and they'll let you tack a dollar to the wall for eternity. (MR) 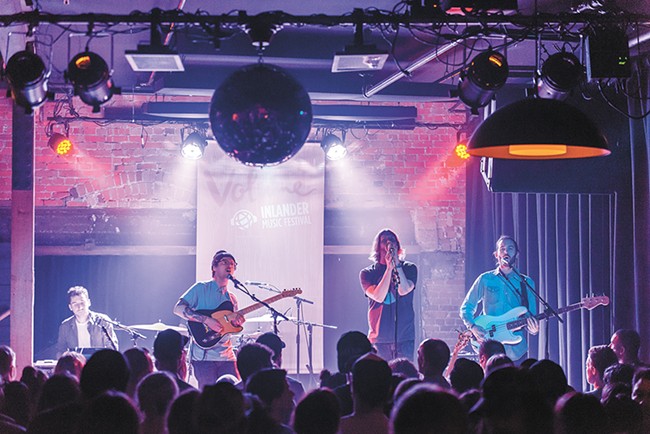 Erick Doxey
The Bartlett is a two-time winner, as Best Live Music and All-Ages Venue.

The intimacy in the room is staggering. Whether it's a local act or one of the country's best indie bands, the brick-and-beam-lined venue gives each of its 150 or so occupants a front-stage view. The venue has been named Best All-Ages Venue and Best Live Music Venue. It's here where up-and-coming musicians and connoisseurs witness first-hand the glory of live music. It's here where bands and lifelong love affairs are formed, both real, eventual and imaginary. (JB)

There's an oasis in Airway Heights. There's a playground that captures the thrill of Vegas with the distinct culture of the Inland Northwest. There's gambling, a luxury spa, 14 bars and restaurants and a concert pavilion. You don't even have to leave if you don't want to. Instead, sleep over in a world-class hotel room. If you can't find what you're looking for here, you don't need it. (JB)

Truth in advertising: Can you guess how many beer taps are here? Since 24 Taps is a sports bar, it's probably fitting it's the same as the jersey number of arguably the Northwest's favorite sports star ever (Ken Griffey Jr., for those keeping track). If "The Kid" did come in, he'd not only like the beer selection, he'd want to try the Washington take on poutine (yum!). And shuffleboard. Who doesn't like shuffleboard? (SAL)

Colin Burk (who also hosts at third-place winner Press) has two major rules for his Tuesday-night Backyard trivia: 1. No phones whatsoever during play. 2. Don't be a dick. He'll make the crowd repeat that maxim just to drive home the point. And, really, who cheats at trivia with a phone and yells out answers? Psychopaths, as Burk jokes. "That's insane behavior for an adult. We don't stand for it at this establishment," he warns. With gift certificates (i.e., free booze) for winners on the line, it's a fair — and necessary — warning. (SAL)

Maybe it's because of the basketball hoop. Maybe it's because of the worn brick walls. There's just something about nYne's dance floor that makes you feel limitless, as if you're back at a high school dance — the one that went really good — and everything in the world is just as it should be. Heart pounding, sweating and alive, all are welcome on the dancefloor at nYne. (JB)

This late-night local stalwart spins most weekends at nYne, and for good reason. It's nearly impossible to stay off the dance floor during his set. From St. Patrick's Day to Halloween to New Year's parties, this DJ knows how to get the crowd moving and grooving for any occasion. (JB)

Located on the third floor of the River Park Square shopping mall, the AMC Theater is conveniently located in the heart of Spokane for food and drink before or after your movie. The reclining seats are comfortable, spacious and relaxing, the sound is great and chances are you'll find the movie you're looking for. What's not to like? (QW) 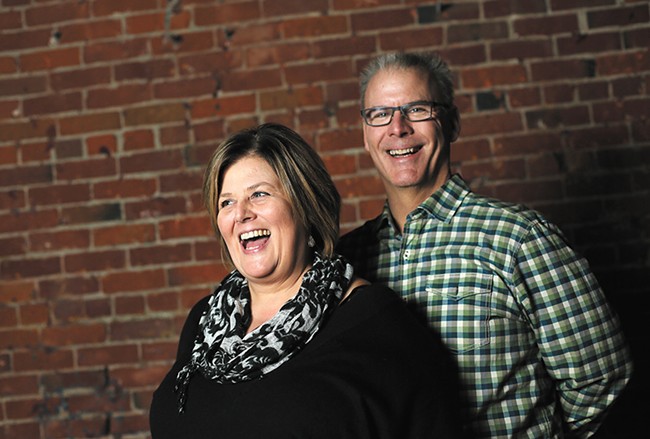 Young Kwak
Renee Fandt and her husband, Kevin, are two of the Spokane Comedy Club owners.

The Spokane Comedy Club brings some of the country's best comedic talent to the Inland Northwest, from the likes of Tim Meadows and Bob Saget to lesser-known (but still hilariously funny) comics. The club offers an up-close experience with artists who would typically sell out huge theaters and gives local personalities the chance to open for some of the biggest names in comedy. (SW)