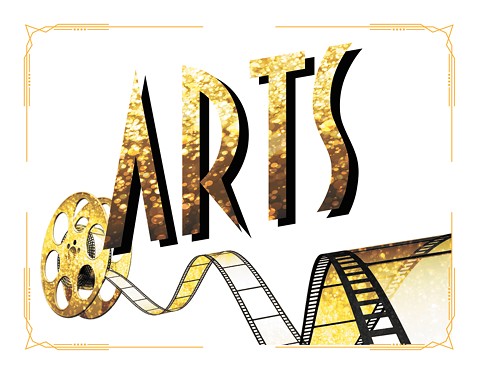 Winning this category for the fourth year in a row, you'd think a band would start to take the Best Of honor for granted. But Pat Simmons, the Cronkites' drummer and co-vocalist, says that's not the case at all. "We're happy that people remembered when they were out for a night that we were a band they were having fun with," Simmons says. Known for their mix of classic rock, blues, Top-40 hits and improvisational riffs, the four-piece band plans on playing another 20 years — hopefully. "We like to go to the party, but we're not good dancers," Simmons says. "That's why we have to be in this band." (LAURA JOHNSON)

With the Marshall McLean Band, Spokane has been privy to "Inland Northwest Americana" — a mix of traditional instrumentation with a strong alt-country and folk influence that seemingly matches perfectly with the peaks and valleys of our region. For the second year in a row the people have spoken, naming the three-piece (sometimes four-piece) act the best original band around. McLean says they're still working on that second album, but finally after three years, he thinks the band is hitting its stride. "It's just us doing the work this year," he says. "We've weathered the high point and now as a group we're tighter. We have more stories together and that translates on stage." (LJ)

A formal black-tie event can sometimes feel overwhelming — there's so much pressure to enjoy yourself. Since 1980, the Inland Northwest's Blood Center's annual Epicurean Delight fundraiser strives to put people at ease. Last year, more than 1,000 community members dressed up to experience a night of sampling dishes from 30 local restaurants, as well as dancing, drinking and learning more about what the blood center — there's no auction at this one. Inlander reader Kelli Hawkins says, "Epicurean Delight is a charity event that stimulates all your senses." (LJ)

Elkfest comes at a crazy time of year for music festivals — just after Sasquatch! and the Inlander's own Volume in June — but it's the only free block party of the bunch. Located in the heart of Browne's Addition, the event rocks with its usual blend of local and national talent. Local music enthusiast Dawn Fields says she finds the event appealing because it's accessible and open to all (there's always fascinating people-watching here). "The event comes at a great time of year, when everyone is aching to get outside and connect in a safe, celebratory fashion," she says. (LJ)

After last year's life-changing biking accident, radio DJ Ken Hopkins is now back on the job, and Inlander readers wouldn't want it any other way. Spokanite Dean Astleford says that 92.9 is not his usual radio station. At 55, its modern hit tunes are not exactly to his liking, but most mornings he listens anyway to the voices of local favorites Dave, Ken and Molly. "They are all right around my age, so I get a kick about their musings with life issues they experience," Astleford explains. "I also like their community service issues." (LJ)

When she placed sixth on America's Got Talent back in 2013, Cami Bradley had already won over the people of Spokane with her honest piano tunes and angelic vocals. These days she's on to a new project called the Sweeplings, a cinematic-folk duo with Alabama-based Whitney Dean that's already receiving national and local accolades. So far this year the band has been profiled by Billboard.com and played a sold-out show at the Bartlett. The pair is currently working on a brand-new album, which includes writing credits from John Paul White of the Civil Wars, a band the Sweeplings often are compared to. (LJ)

The Book of Mormon, after winning the Tony for Best Musical in 2011, is still insanely popular. That's why the controversial show — from the guys who brought you South Park and Avenue Q — about two Mormon missionaries sent to Uganda came back to the INB Performing Arts Center for another run. Love it or hate it, people were there laughing and singing along. As Inlander reader Megan Shover put it: "The Book of Mormon, well, it's vulgar, offensive, shocking and... hilarious! Life is more fun if we don't take ourselves too seriously." (LJ)