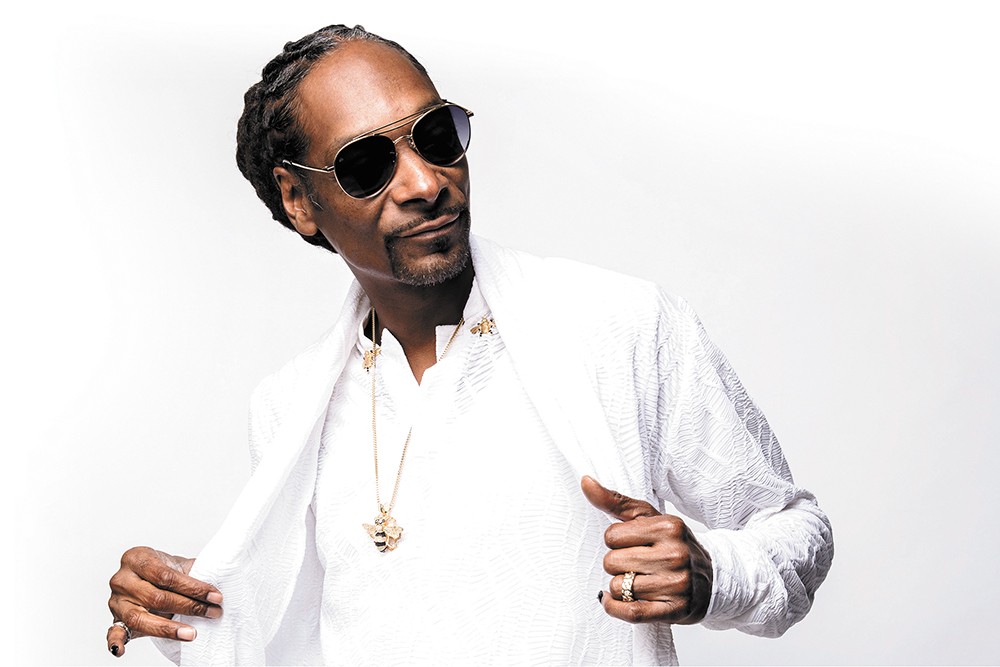 Anticipation for the show by West Coast rap legend Snoop Dogg was clearly high (pun totally intended), since he sold out his gig at Northern Quest Resort & Casino so quickly that they added a second night. All told, Mr. D-O-Double-G sold darn near 10,000 tickets to his two shows that, combined, had him on stage for roughly two hours. Granted, Warren G opened the shows and was pretty entertaining himself, but the crowd was definitely in Airway Heights to see the guy who made "Gin & Juice," "Drop It Like It's Hot," "Who Am I (What's My Name)?" monster hits.

What they saw was pretty entertaining, to be sure. With nary a break in the beats, Snoop touched on hits he made as a teenager working with Dr. Dre, his solo career, collaborations with the likes of Wiz Khalifa, Katy Perry and Akon, and tributes to fallen peers like Tupac and Eazy-E. There were women pole dancing, a cartoonish and adults-only "Nasty Dogg" running around the stage and an audience that seemed to know every word to Snoop's songs.

While Snoop Dogg topped Inlander readers' list for outdoor concerts, a couple of other Northern Quest shows came in second (Sammy Hagar) and third (Judas Priest), so clearly the venue that was expanded to 5,000 seats with a new grandstand a couple years ago has made a good impression so far. And with announcements for the summer of 2020 already coming out — including Ice Cube, Weezer and Barenaked Ladies — it wouldn't be shocking to see a Northern Quest show top this category again.

Speaking of Best Of 2020 , Northern Quest