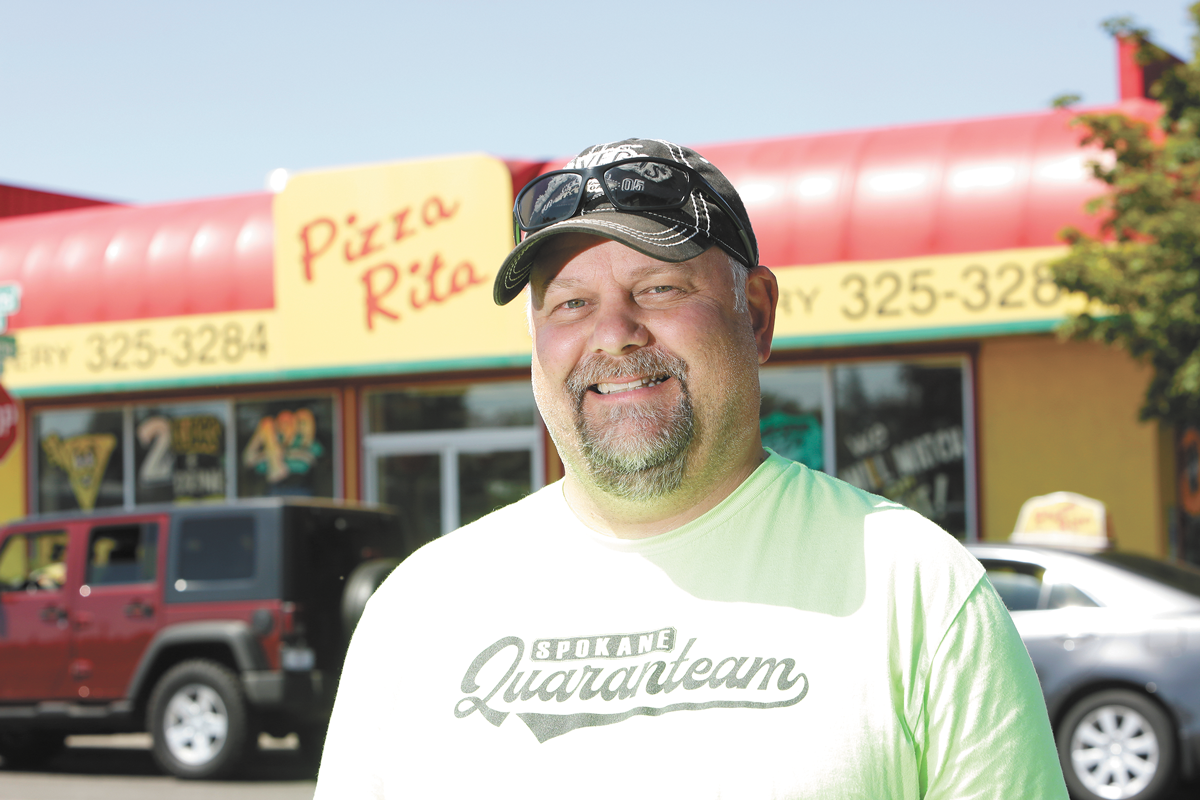 Young Kwak photo
Pizza Rita was the first restaurant that Rick Clark and the Spokane Quaranteam helped during the COVID-19 pandemic.

From buying meals at struggling local restaurants to feed community members in need during last year's pandemic lockdowns to handing out ice cold water bottles while the Inland Northwest sweltered under a record-setting heat wave, Rick Clark hasn't slowed down a bit this past year and a half.

Clark's Spokane Quaranteam Facebook page began during the COVID-19 pandemic as the home base for his nightly Facebook Live streams raising money to support local small businesses, but its efforts have since continued with unwavering community support.

For that very first livestream, Clark, who's also the founder of local homeless outreach nonprofit Giving Back Packs, set out to raise $200 to spend at Pizza Rita on pizzas delivered to Hope House women's shelter, where his wife, Virginia, works.

"I wanted to buy pizza from [Pizza Rita owner] Brian Dickmann, because he's a longtime supporter of Giving Back Packs, and long story short, that video turned into 112 live videos and $250,000 and a lot more than that," Clark says.

In the ensuing months, Clark says the funds raised during those regular streams were spent on full-price meals at 176 local restaurants at risk of not making it through the pandemic. The meals went out to local nonprofits and often anyone who showed up at a set time for a free meal.

Now that restaurants are back to full capacity, though, Clark has turned his attention lately to other efforts with the backing of Spokane Quaranteam's more than 32,000 members of a public Facebook group. The platform is a virtual gathering place for locals to request help with anything and to connect with others who have the means to provide it.

"Originally I thought when we could go back into the community [post-pandemic], I'll taper away from it and get back to what I'm doing, earning my master's at Gonzaga and other stuff," Clark says.

"I tried to say, 'OK, guys, we did some really good stuff, and I have to get back to work,' but the community said, 'No, we're not done with you yet.' They helped me realize that even in times when there isn't a pandemic, a community needs help in lots of different areas."

One of those needs Clark recently helped meet, with the support of the Greater Spokane Food Truck Association, was raising $85,000 so that almost 250 food insecure kids could purchase daily meals from its member trucks throughout the summer.

"When we see these big events happen in Spokane, we now have a way as a large collective group to figure out how to address it," Clark reflects. "That is exactly what Spokane Quaranteam has grown into, and I never imagined in a million years it would turn into what it did. Seeing it grow is so much more important and so much better than any accolade I could get for coming up with the idea."