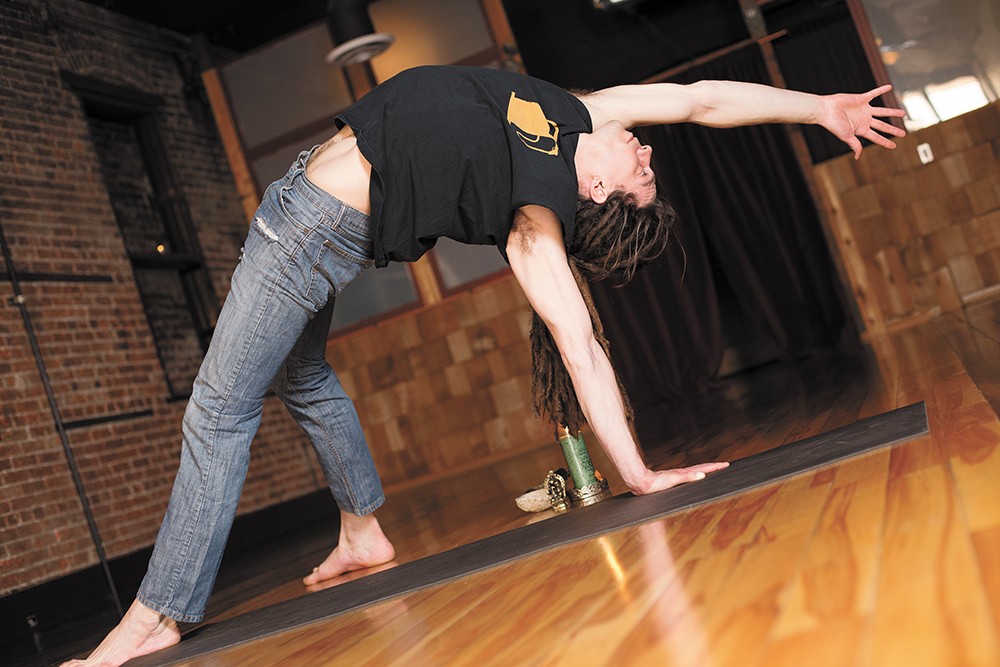 Lee Bear Tobin, known to his students simply as Bear, has been at Lila for the past five years. It's home to him, so much so that he doesn't even consider it a yoga studio as much as his own living room. And in there, he's offering an education that has to do with a lot more than stretch pants and flexibility.

"It looks like a physical exercise, like a workout, and yeah, that happens, but there's this whole other side to it," he says. That other side involves finding a center spiritually, mentally, emotionally, physically and morally, and understanding that yoga is always with us. "I want everyone to see yoga as a lifestyle and a kind of unity."

Bear says that yoga's always been part of his life from when he was just a toddler. He found it to be integrated with different martial arts practices and picked it up from there, including the meditation and breathing exercises that came with it. He's been passing on his passion for yogic arts ever since. Bear wants students to understand that yoga is an art because it varies with each person's perspective and each person's experience with it. "The way that he sequences things, it's like a dance," says Lara Perry, the co-owner of Lila. "That's why people love his class. It's an art to him and he's more of an artist."

Bear and Perry teach two classes Monday through Saturday — one at noon, another at 6 pm. Sunday is the Sabbath, but once it's warm out again, Bear and Lila will take to the Riverfront Park for the fifth year with free yoga lessons on Sunday mornings. "It's a great way to share with the community that yoga is wherever we are," Bear says.