Every parent's nightmare just got a little more mass-murder-y. 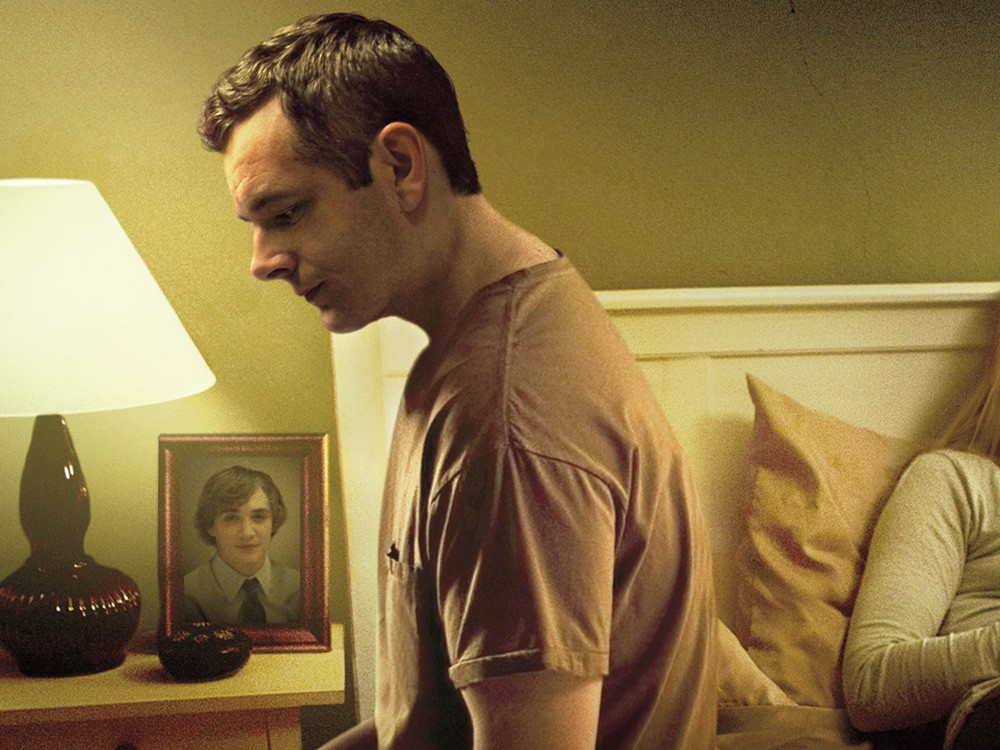 Sprinklers erupt at dawn, showering the morning paper. A husband and wife move reflexively through the house, brushing teeth and getting coffee, routinely ignoring each other as they head out to their generic office jobs.

The emotionally void yet deeply damaged father, Bill (Michael Sheen), emerges from his office and walks toward the crowd surrounding a television to hear about a shooting at the college his son attends. As he rushes to his home, his overly emotional and habitually unreflective wife, Kate (Maria Bello), is on the phone, attempting to reach their son.

Then the doorbell rings. Kate opens the door to the police, and she reacts immediately though they’ve said nothing. But there’s more.

The two parents are informed their son was the shooter. He killed 17 people before taking his own life.

The morning scene repeats the next day, but this time there are reporters lurking outside every door and window. Mourning in private is no longer possible. It’s here that the familiar grief arc snuggles up nicely next to insurmountable guilt, and the movie becomes both unique and amazing.

First-time director Shawn Ku navigates this narrative with the skill of a veteran, never allowing the movie to be swept away with the hype and controversy of the boy’s actions, but staying on the parents. Sure, every TV’s flashing violent clips of their son, and social networking sites are lit up with hateful messages telling the boy to burn in hell. But these are backdrops. Ku refuses to let the viewer maintain the observational distance of cable news — he spends uncomfortable lengths of time focusing on his characters’ faces — and it works.

The couple attempts to hold together their already fragile marriage while finding a shelter to grieve privately. Their grief never comes without at least superficial introspection as to where they might have gone wrong as parents. All the while, they seek hope for their future.

The story is brutal. The couple can’t be around their nephew for fear of corrupting him. Their friends and coworkers are bleeding them for gossip or watching them like fish in an aquarium. Even a surprisingly well-cast performance by Meat Loaf pits the parents against a hate filled stranger. At no point do any character’s actions seem unlikely. More importantly, none of the actions are predictable. The story is human: flawed, painful, and beautiful.

Ku and cinematographer Michael Fimognari craft a world so detailed and welcoming to deconstruction that a comparison to movie-making legends must be made. It’s powerful to realize Bill and Kate had not touched each other until a half-hour into the movie, that they didn’t smile or depict any intimacy until the 60-minute mark, or that the number of shots containing two major characters together and in focus could probably be counted on one’s fingers and toes.

There is a perfectly subtle message of isolation and brokenness in the visual composition. Frames are filled primarily with one person at all times, and even then, they are seen through the shadows of 10 other items in the foreground, through a cracked door, or from behind a shoulder. These people are alone.

No one element can be labeled the pin that holds the film together. The actors never once stumble, whether they are major or minor characters. The symbolism within frame composition and character action is riveting and pulls you into their world. The music is subtle. The story is original and engaging. Everything about this film works together, making it a well-executed pleasure to watch, however heartbreaking it may be.