The Wachowskis return to form with Jupiter Ascending 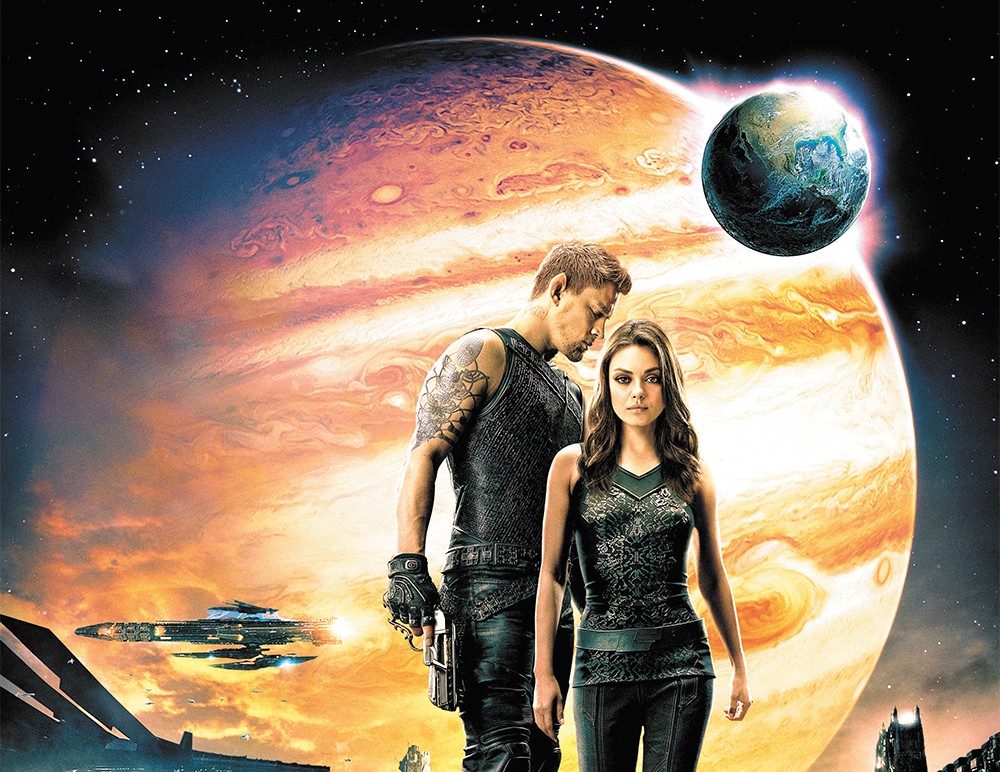 OK, so it's the beginning of February.

A little early to start thinking about my Top 10 list for the films of 2015. But now that I've seen Jupiter Ascending, there's no doubt it's going to be on that list.

Written and directed by Andy and Lana Wachowski, it's the follow-up to the amazing and challenging Cloud Atlas, and while that film took some dips into the realms of science fiction, this one jumps into full-blown sci-fi and never looks back.

Mila Kunis plays Jupiter, a Russian immigrant in Chicago where she and her mom clean homes and live with an extended family. Jupiter is unhappy with her dull life, until the day she's inexplicably attacked by a bunch of creepy little alien creatures and then rescued by the hunky, Spock-eared Caine (Channing Tatum), who swoops down in his anti-gravity boots to bring her to another world, where he's to deliver her to a waiting member of royalty. She is, though she doesn't know it, the "Queen of the Universe," or something like that.

Anyone who's seen the Wachowskis' Matrix trilogy knows this ain't gonna be a simple joyride. Viewers will need to pay attention to follow everything, but this romp is worth it.

Caine is mostly human, but he's been spliced with some wolf DNA, which gives him extra abilities. He's also a disgraced soldier who has lost his wings (you can see the scars when he's shirtless, and he's shirtless a lot), which is why he needs the anti-gravity boots to fly. Jupiter is a Recurrence, a human with the exact gene pattern of a recently deceased Queen of the Universe, which is why the former queen's offspring want to meet her.

The film is about comparisons and contrasts between families. Jupiter is a Bolotnikov. There's some warm and funny time spent with that boisterous group around a crowded Chicago dinner table. The late queen's adult kids are the Abrasax family — Balem (Eddie Redmayne), Titus (Douglas Booth), and Kalique (Tuppence Middleton). Kalique is vain, Titus is a slick playboy, and Balem is just plain evil. They're at each other's throats, and they don't just want to meet Jupiter. They want to kill her, so she can't ascend to queendom. It's a good thing Caine keeps taking his shirt off and saving her.

The details of the story get more down, dirty, and grim than just killing one woman. Yet the Wachowskis prove that they can also comfortably slip into goofy mode. When Jupiter is told she must fill out certain paperwork before she can become queen, she goes through some hellishness in a DMV-like office on another world, where a disgruntled civil servant is bogged down in blank forms. Not only is the scene reminiscent of the bureaucratic morass of Terry Gilliam's Brazil, it's actually Gilliam playing the civil servant.

But at its epic heart, Jupiter Ascending is an action movie. Just after Jupiter is first rescued by Caine, she's involved in an astounding chase along the streets, under the water, and through the skies of Chicago, courtesy of those anti-gravity boots. Later, during the nonstop action of the last 20 minutes, the Wachowskis don't just pull out all the stops, they keep on making up new ones, then pull those out, too.

Among the script's suggestions: There are many inhabited planets out there, the birthplace of the human race was not Earth, bees are genetically designed to recognize royalty, and the choice of the most important things in the universe comes down to family, profit, immortality, love, or anti-gravity boots. There's so much going on in this movie, it demands a second viewing. That's cool. I'm going again next week. ♦

Jupiter Ascending is not showing in any theaters in the area.