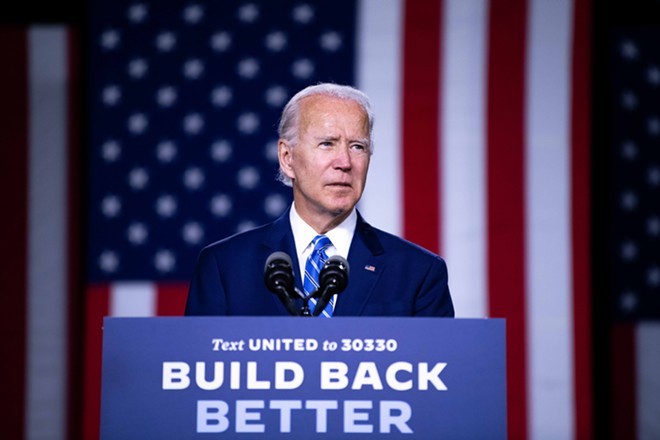 Former Vice President Joe Biden raised tens of millions of dollars in the last three months from major donors who gave more than $100,000, relying on some of the Democratic Party’s deepest pockets to sharply shrink President Donald Trump’s financial advantage, according to new federal filings.

Biden’s campaign announced Thursday that he entered July with $242 million in the bank, up from less than $60 million at the beginning of April. He still has less money than Trump, who reported $295 million, but the cash gap is suddenly far less daunting.

Biden’s biggest benefactors in the second quarter of 2020, when he became the presumptive Democratic presidential nominee, represent a who’s who of billionaires and influencers in Silicon Valley, Hollywood, Wall Street and beyond. Among those who gave at least $500,000 were Laurene Powell Jobs, the philanthropist and widow of Steve Jobs; Meg Whitman, a former Republican candidate for governor of California and now chief executive of streaming company Quibi; George Soros, the billionaire progressive financier; Jeffrey Katzenberg, the Hollywood producer; and Dustin Moskovitz, a co-founder of Facebook.

Donors who gave at least $100,000 accounted for more than $53 million of Biden’s total haul in April through June, records show. The Biden and Trump campaigns will not file full reports for their spending and fundraising until Monday.

Trump has previously leaned heavily on major donors to bankroll his run, tapping many of the mainstays of the Republican money circuit months ago. But in the spring, as the coronavirus pandemic shut down traditional fundraisers, he relied mostly on online contributions, with $167.6 million of his donations — more than 62% — coming via the Republicans’ main online processing site, WinRed, new records show.

Trump still had some major contributors, raising $27 million via his joint committee with the Republican National Committee that can accept outsize checks.

Among Trump’s bigger contributors were Isaac Perlmutter, former chief executive of Marvel Entertainment, who has been a presence at Trump’s Mar-a-Lago club; and Bernard Marcus, billionaire co-founder of Home Depot, who recently dined with Trump at the White House.