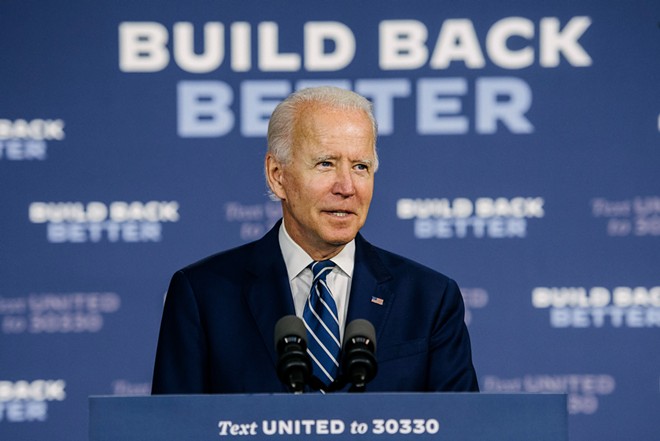 Joe Biden on Monday issued a forceful rebuttal to President Donald Trump’s misleading charges that he would preside over a country wracked by disorder and lawlessness, claiming that it is the president who has made the country unsafe through his erratic and incendiary governing style.

Against a backdrop of unrest unfolding in multiple cities across the nation, Biden condemned the violence that has occasionally erupted amid largely peaceful protests over racial injustice, and he noted that the chaos is occurring on the president’s watch. He said Trump had made things worse by stoking division amid a national outcry over racism and police brutality.

Biden also pressed a broader argument that the president is endangering Americans through his response to the public health and economic challenges the country confronts.

The address was Biden’s most prominent effort yet to deflect the criticism that Trump and Republicans levied against him at their convention last week, when they distorted his record on crime and policing. And in a fusillade of tweets in the last 48 hours the president suggested Biden was tolerant of “Anarchists, Thugs & Agitators.”

Speaking at a converted steel mill in Pittsburgh with no audience, Biden rejected the suggestion that lawlessness would go unchecked under his leadership. “Ask yourself: Do I look like a radical socialist with a soft spot for rioters?” Biden, 77, said. “Really? I want a safe America. Safe from COVID, safe from crime and looting, safe from racially motivated violence, safe from bad cops. Let me be crystal clear: safe from four more years of Donald Trump.”

The former vice president cast Trump as a destabilizing force who worsens the most urgent problems facing the nation, from the public health crisis, international affairs and unemployment to issues around police brutality, white supremacy and the unrest over race.

He repeatedly instructed voters to ignore Trump’s attempts to transfer responsibility to Democrats for the problems unfolding under his administration. “He keeps telling us if he was president you’d feel safe,” Biden said. “Well, he is president, whether he knows it or not.”