NEWS: The Center for Justice announced that it will officially close on March 24.

NATION: “We want to go big," says President Trump. The President called on Congress to quickly approve an economic stimulus package in the midst of the coronavirus pandemic. 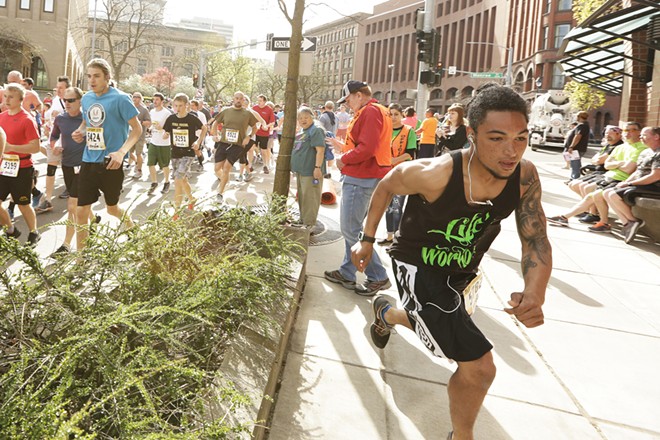 Young Kwak photo
Josh Morrow runs on Riverside Avenue during the 43rd annual Bloomsday run in May.
Bloomsday postponed
The annual 12K in Spokane has been postponed until Sept. 20 due to concerns about the coronavirus, race director Jon Neill announced on Tuesday night. (Spokesman-Review)

Corona down unda
Australia has taken a hit in the coronavirus outbreak in the past week. The country's prime minister called for a halt to overseas travel. The country has also banned non-essential gatherings of 100 or more people. (BBC)

Tom Hanks tests positive for coronavirus, NCAA to go without fans, and other headlines

Inside this week's Inlander: Poetry, COVID-19 impacts and more

"Who's to blame, really, for my bike wheels being stolen during a council meeting last month?"

Bernie and Biden close in Washington, King County emergency funds, and other headlines