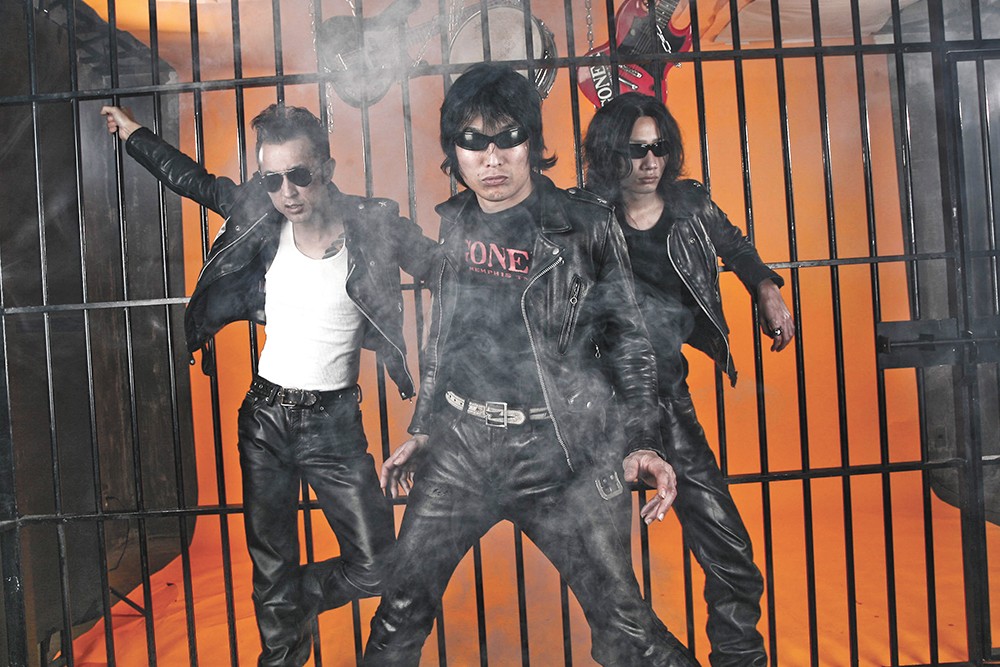 Nagasaki noise-punkers Guitar Wolf are something of a godsend

to those of us who were never around to see the Ramones live, or who would kill to see them on stage again. As the years slip by, more and more young punk obsessives emerge who will never experience the band in its heyday, and there's something about the Ramones that no studio album or live recording will ever accurately translate: their furious, white-knuckle energy.

The trio that comprises Guitar Wolf positively radiates that same intensity. To get a sense of this, you needn't look any further than their brilliant name, which is emblematic of both their obsession with the American garage pastiche and their immutable, distortion-obsessed brand of brain-busting punk rock.

For three decades, Guitar Wolf has been cranking out record after record of fittingly guitar-heavy garage punk, equal parts faithful nostalgia and new invention. These records are louder, grittier and often even faster than like-minded ancestors such as the Sonics and Link Wray dared to get.

Even 14 years later, putting on a new Guitar Wolf LP sort of feels like coming back to a raging party that you ditched for a bit to get some sleep. Somehow, everyone's still at it, and the band sounds like they haven't stopped playing the entire time you've been away.

Yet the trio still seems determined not to be outdone by their own discography; each new release is a chance to one-up the mayhem brought on by past albums. The band's newest record, the perfectly titled T-Rex from a Tiny Space Yojouhan, catapults 11 outbursts your way in just over 30 minutes. "Ninja Season," a 2-minute Molotov cocktail of a punk track, is a definite highlight, a deafening reassurance that old habits die hard.

It should be fairly obvious that Guitar Wolf's live shows are not for the faint of heart — or eardrums. Keeping in line with the band's unspoken rules of no excess and no subtlety, their shows are lightning-quick, laser-focused adrenaline shots of sharp guitars and leather jackets. The most refreshing element on display, though, is a straight-faced lack of reliance on gimmicks, tonal or otherwise. In that sense, Guitar Wolf is somewhat traditional: They realize that, technically speaking, nothing about their genre is broken or needs updating.

Guitar Wolf is a lot of things, including punk, noise, garage and rockabilly, but most important, Guitar Wolf is untarnished by cheapness, trends or the passage of time. They are the undying spirit of punk rock, a personification of the spit and vigor that keeps "punk's not dead" ringing true. ♦