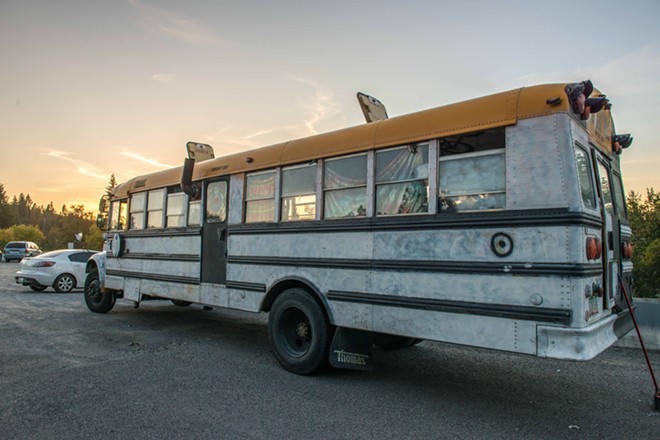 Pilot lights
We watched 16 of the pilots for the fall TV season, to separate the good from the fun-bad from the just-plain-bad.

The wages of theft
What happens when the person stealing from you is your employer?

Ground zero
Due to threats at House of Charity, the Fire Department has ramped up efforts when responding to calls for service at that location. (KXLY)

Every dog park has its day
The South Hill could get a bigger dog park, for all the pretentious South Hill dogs. (Spokesman-Review)

Peddle to the Meddle
Everything we know about how Russia tried to meddle in the 2016 election. (New York Times)

Do you take your heroin black?
When employees at coffee shops encounter opioid overdoses, they find themselves as unwitting first responders. (The Atlantic)

Trump breaks his respectful silence
President Donald Trump finally weighed in on his thoughts of the credibility of Brett Kavanaugh's accuser. Guess what? He doesn't believe her. (Washington Post)

Here's what Whitworth President Beck Taylor had to say about that:

This is so disturbing. There are many parts to this sordid controversy that are yet to be unearthed, and the truth in this matter is up for debate, but for the President to make such a remarkably ignorant and sexist statement is beyond pale and embarrassing. https://t.co/HHRzkA0bxU