Bikes, Fire and a New Hire

Where to park your bike; plus, a fire at Hifumi En Apartments and Initiative 1068 gets fired up 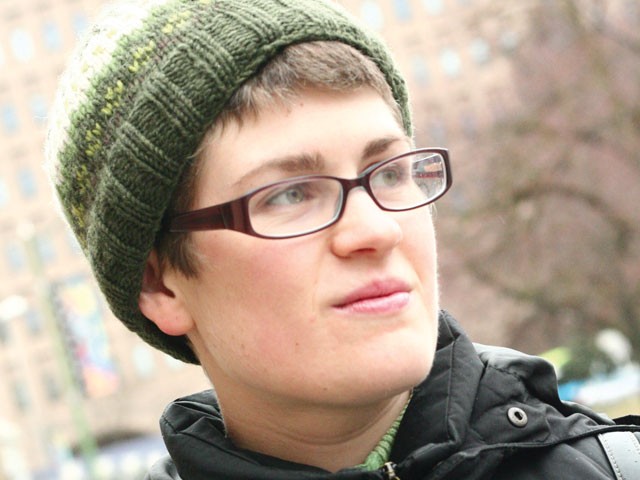 Renata Rollins has seven weeks before she has to turn in 241,153 signatures of Washingtonians who, at least when they signed a petition, thought marijuana should be legal.

Rollins, a North Central High alum, recently became the director of field operations for the Initiative 1068 campaign, a step up from her position as head signature gatherer in Eastern Washington for the I-1068 forces.

“They’ve wanted me to come over here for a long time,” Rollins says of her move to Everett last week. “It was an issue of money, but my dad lives over here and so I decided I could live with him for a couple of months.”

As architect of the successful campaign on this side of the Cascades, Rollins was tapped by Campaign Director Philip Dawdy to wear one of the multiple hats he has juggled throughout the campaign.

Rollins says she’s excited to run the state’s operations because “the thing about Eastern Washington is you don’t get the payoff like you do on the west side when it comes to signatures.” She says gatherers at a Janeane Garofalo event in the Puget Sound area somehow picked up more signatures than at the Conan O’Brien show in Spokane.

This week also marks the campaign’s first signature count since April 1, when it had collected about 60,000. Rollins didn’t want to estimate what that number might be, but she’s confident.

“Hopefully we’ll be there already” by the end of June, she says.

“And what we gather after that will just be gravy.” (NICHOLAS DESHAIS)

With Bike to Work Week beginning on Sunday, cyclists around the region are (hopefully) giving their steeds the old once-over (remember: air, brakes, chain) and figuring out the finer points of propelling themselves from home to office. One of the logistical hang-ups may be where to park upon arrival.

The Spokane Public Facilities District may have an answer for some. The district is now leasing eight sealed bike-parking units on the corner of Washington and Spokane Falls Boulevard. The units, which are lockable and large enough to stow bike, helmet and personal effects, cost $60 for a six-month period. (Visit spokanecenter.com/bikes for details.)

The announcement is good news for eight lucky cyclists. Despite an item in the contract specifying that the units should only be used for bike storage, though, it could be even better news for eight hobos looking for six months of cheap rent. Lockable, centrally located. Cheapest rent in town. (JOEL SMITH)

A three-alarm arson fire in the wee hours of Saturday morning brought 50 Spokane firefighters and almost every available police car to help evacuate 40 elderly and disabled residents of the Hifumi En Apartments on the lower South Hill.

Two police officers were sent to the hospital for treatment of smoke inhalation, as were seven residents. One resident remained in critical condition early this week, says Assistant Chief Brian Schaeffer of the Fire Department.

The fire was burning its hottest at the main entrance, Schaeffer says, making it something of a miracle that no lives were lost.

Fire Department dispatch records show the apartments have been plagued with fires — six in the last three years — as well as eight apparently false alarms that had the fire department rolling out in “full response.”

There also was a big fire in November 2007 — the fire logs show “full response” instead of just a single engine. Saturday’s was apparently intentionally ignited in a sofa near the entrance.

The Hifumi En is run by the Spokane Housing Authority for very low-income residents. The long, two-story building has a poor alarm system and no sprinklers, Schaeffer says.

“With sprinklers, we wouldn’t have had to transport anybody to the hospital,” Schaeffer says, noting Hifumi En was built before code required sprinklers.

He says the Fire Department will demand sprinklers go in as the building is repaired. Estimates on repair are running anywhere from six weeks to four months. Twenty-six residents without anywhere else to stay have been put up — at least for now — in a Post Falls motel. (Spokane motels were booked last weekend for graduations.) (KEVIN TAYLOR)