Bill Gates stepping down from Microsoft’s board 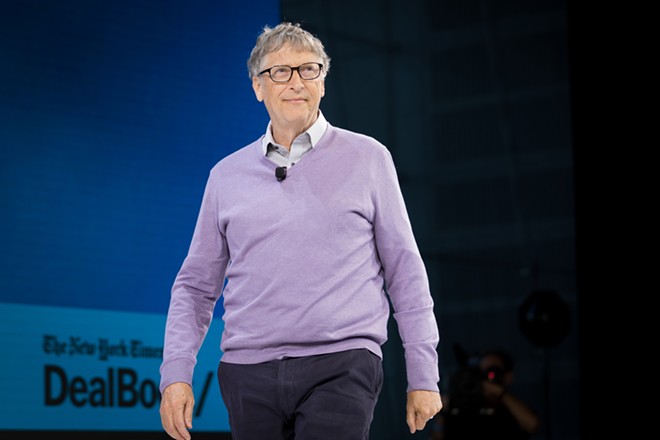 SAN FRANCISCO — Bill Gates is stepping down from the board of Microsoft, the software giant he helped found more than four decades ago.

Gates said on Friday that he would also step down from the board of Berkshire Hathaway, the conglomerate run by his close friend, Warren Buffett.

“I have made the decision to step down from both of the public boards on which I serve — Microsoft and Berkshire Hathaway — to dedicate more time to philanthropic priorities including global health and development, education, and my increasing engagement in tackling climate change,” Gates wrote in a LinkedIn post.

For decades, Gates was the face of Microsoft. Known for his technical acumen and ruthless business practices, he helped to establish Microsoft’s Windows software as the primary system for the personal computer. Microsoft said Gates would remain a technical adviser to the company.

Gates has slowly been stepping back from Microsoft in recent years. He left his day-to-day role at the company in 2008 and served as the board’s chairman until 2014.

The company said he wants to devote more of his time to his philanthropy at the Bill & Melinda Gates Foundation, one of the world’s biggest nonprofit organizations, which was started with the billions of dollars he made from Microsoft.

Gates joined the Berkshire Hathaway board in 2004. His seat on the board will be replaced by Kenneth Chenault, the former chief executive of American Express.

Last month, the Gates Foundation said it would commit an additional $100 million to fight the coronavirus. The organization had pledged $10 million earlier in the year.

Gates remains one of the largest individual shareholders of Microsoft. As of December, Gates still held more than 100 million shares of Microsoft representing roughly 1.3% of the company’s shares. His stock is worth about $16 billion.

Daniel Ives, managing director of equity research at Wedbush Securities, said in a research note that Gates stepping down from the board is not a surprise and that it’s a vote of confidence for Satya Nadella, Microsoft’s chief executive, and the direction of the company.