Four Sal’s owner brings decades of experience to his menu 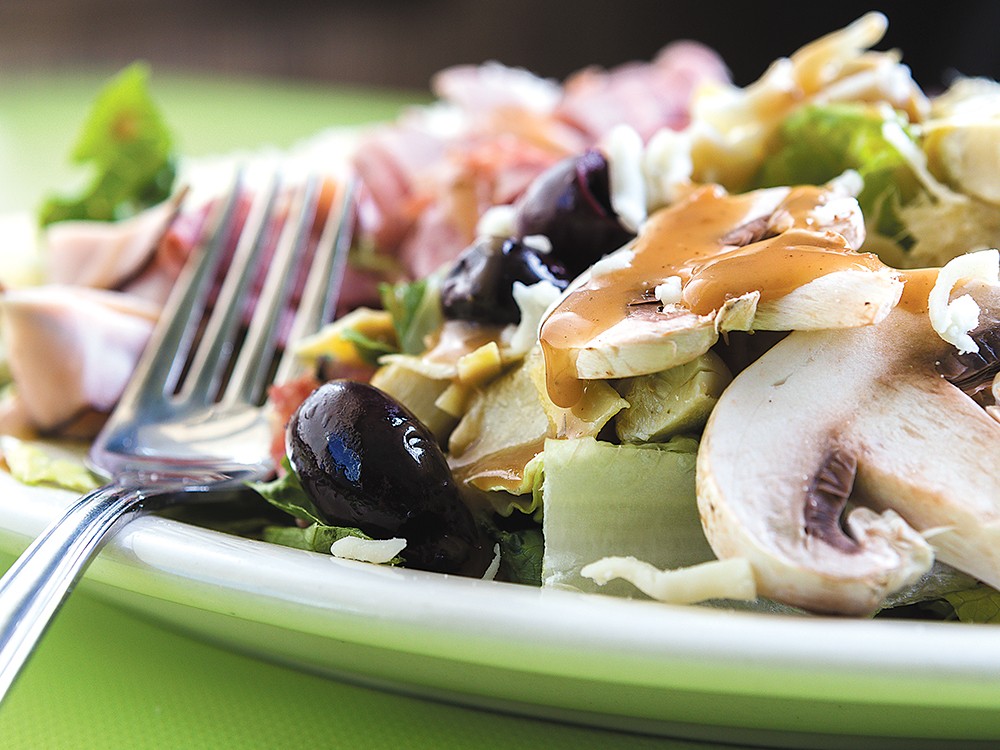 Milo Salois started out his 34 years of restaurant experience working at McDonald’s, but has since made his way up the food chain of command.

He fed 3,000 people a day for 10 years while cooking for the Army in Fort Lewis, Wash., and Germany. Then he worked as general manager at Denny’s and Olive Garden.

After retiring recently, Salois opened a place of his own, Four Sal’s Bistro, something he says has always wanted.

Salois bought the spot on North Nevada Street that was formerly Revive Coffee shortly after it closed in December. Along with his wife and son, Salois swapped out the coffee-shop feel for a bistro theme and opened at the end of January.

The menu mostly revolves around sandwiches, salads and soups. Sal’s New York Style sandwich ($9.45) has pastrami, salami, ham, provolone, pepperoncinis, tomatoes and onions piled between a housemade hoagie. The antipasto salad ($9.25) is just as laden, with ham, salami, artichokes, mozzarella, kalamata olives, mushrooms and a balsamic vinaigrette dressing Salois makes. A daily special gets you a half sandwich and soup for $5.95.

It’d be a mistake, though, to think the menu ends there. For breakfast, options such as Build-a-Bagel ($4.50-$5.50) let you choose your own variations of meats and cheeses. Salois also bakes his own coffeecake, pound cake and turnovers.

Beyond drip coffee, Salois’ son mixes up combo beverages ($3 for 16 ounces) such as Sal’s Sweet Sensation with caramel, white chocolate and vanilla. He doesn’t miss the opportunity to make themed drinks for each holiday. He combined Irish cream and crème de menthe for St. Patrick’s Day and says he wants to figure out a way to incorporate Peeps for an Easter-themed drink.

Salois has plans to expand the menu in the future. He says he has thousands of recipes in his back pocket he’s just waiting to use.

“I’ve got a menu to take over the world with,” Salois says.

Gifts For: YOUR MOTHER-IN-LAW

Gifts For: YOUR MOM