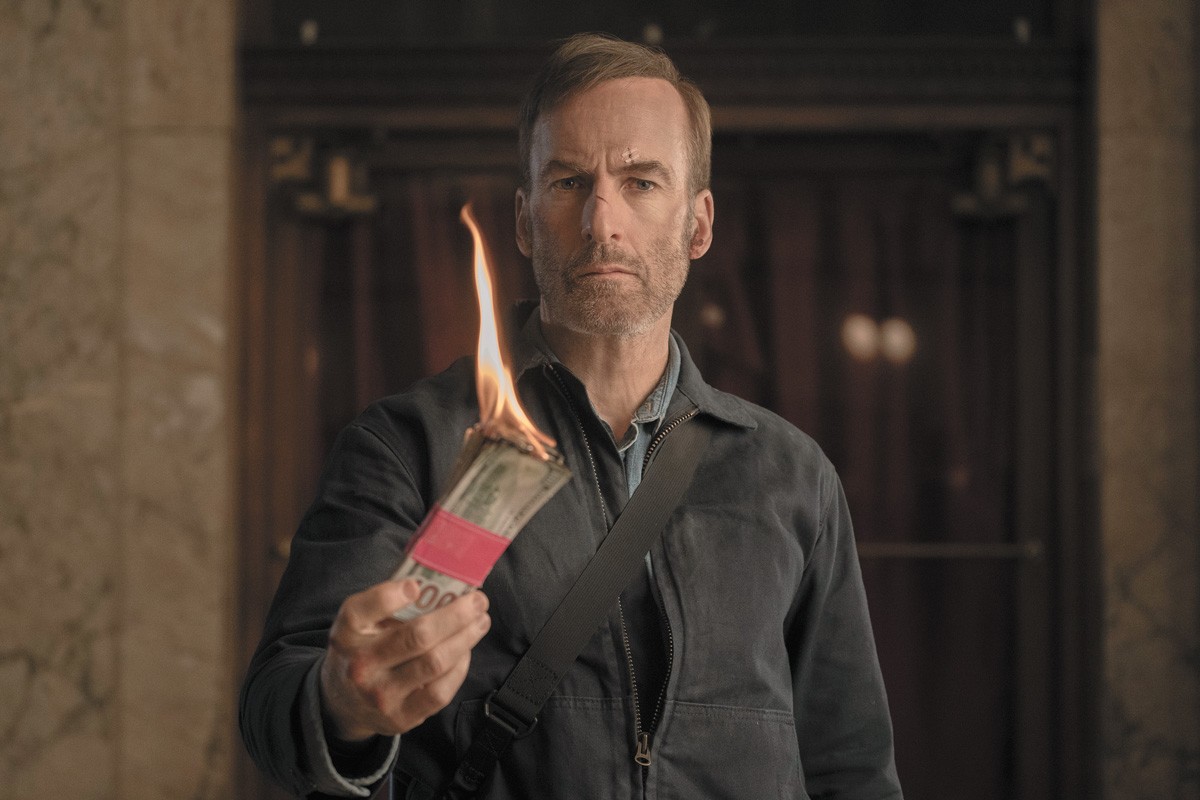 I was just thinking the other day about how overblown and overwritten so many blockbuster movies are these days, filled with too many stock characters and needless exposition. Then along comes the new thriller Nobody, which clocks in at about 80 minutes and is so unconcerned with backstory and context that its propulsive narrative drive is almost pathological. In fact, the movie's murderous antihero, played by Bob Odenkirk, keeps trying to explain his origins to his enemies, but they keep dying on him before he can finish.

Yes, that Bob Odenkirk, who has developed the persona of a swindling sleazeball on Breaking Bad and its spinoff Better Call Saul but is here playing against type as an unstoppable killing machine. And yet he's somehow weirdly convincing in that mode, a so-called former "auditor" whose old job involved taking out the bad guys that other assassins wouldn't touch. Now he has settled into a life of suburban ennui, presumably as a cover.

At the start of the film, Odenkirk's character, an exceedingly ordinary guy named Hutch, is introduced to us in a breathless montage of daily drudgery and minor humiliations. (This is a similar narrative tactic to the forgotten Liam Neeson thriller The Commuter, another film about a seemingly everyday schmo swinging into action.) He has the same breakfast. He misses the garbage truck without fail. He stares all day at Excel spreadsheets in the offices of a metal fabrication plant.

That tedium is broken when a couple of masked thugs break into his home in the middle of the night. Although his teenage son tackles one of the invaders, Hutch eventually allows them to run off, and his acquiescence makes him the butt of jokes at his traditionally macho workplace.

But when he realizes the bad guys might have stolen his younger daughter's kitty cat bracelet, Hutch's long-buried instincts kick in. We see what he's capable of in a terrific burst of action on a city bus, where five drunk dudes hop aboard and start menacing the passengers, so Hutch takes them out single handedly (not without quite a few scrapes and bruises himself). One of those guys, now laid up in the hospital, turns out to be the brother of a powerful Russian gangster, who immediately puts Hutch in his crosshairs.

What we have here is a relatively clever switcheroo: We think we're getting a riff on the old Death Wish formula, wherein a meek suburban man becomes a vigilante when confronted with violence, but what Nobody delivers instead is a variation on the John Wick blueprint. Oddly enough, the screenwriter of Nobody also created the character of John Wick, and this almost feels like an even leaner draft of that original script.

The gag of the first John Wick was, of course, that the titular assassin's reputation preceded him; he was a mystery to us, but his targets' terrified reactions to his presence told us all we needed to know. The series has become more narratively elaborate over time, establishing a byzantine ecosystem of assassins and ballerinas and entire capitalist structures catering to globe-trotting murderers. The very terseness of Nobody feels like a rebuke to those developments: It has no time to stop and explain anything to us.

The movie isn't quite as novel as some of its fiercest loyalists have made it sound. Its reliance on ironic needle drops, mostly songs from '50s and '60s crooners, feels dated. The finale, set inside a booby-trapped warehouse, is too reminiscent of the hardware store-set conclusion of the Denzel Washington actioner The Equalizer, and feels a bit rushed, despite some particularly insane visual gags involving flying steel rebar and pieces of plexiglass used as body shields.

But I think what its fans are responding to is its pure single mindedness (its director, Ilya Naishuller, also made the similarly nutso shoot-'em-up Hardcore Henry) and like the first John Wick, it already seems to have developed a cult following. It might be fun to see it in one of those theaters where they bring you drinks during the movie, although it'll probably be over before you're able to order a second round. ♦

The original print version of this article was headlined "Suburban Commando"