A new animated feature that's still impossible to describe in a sentence. 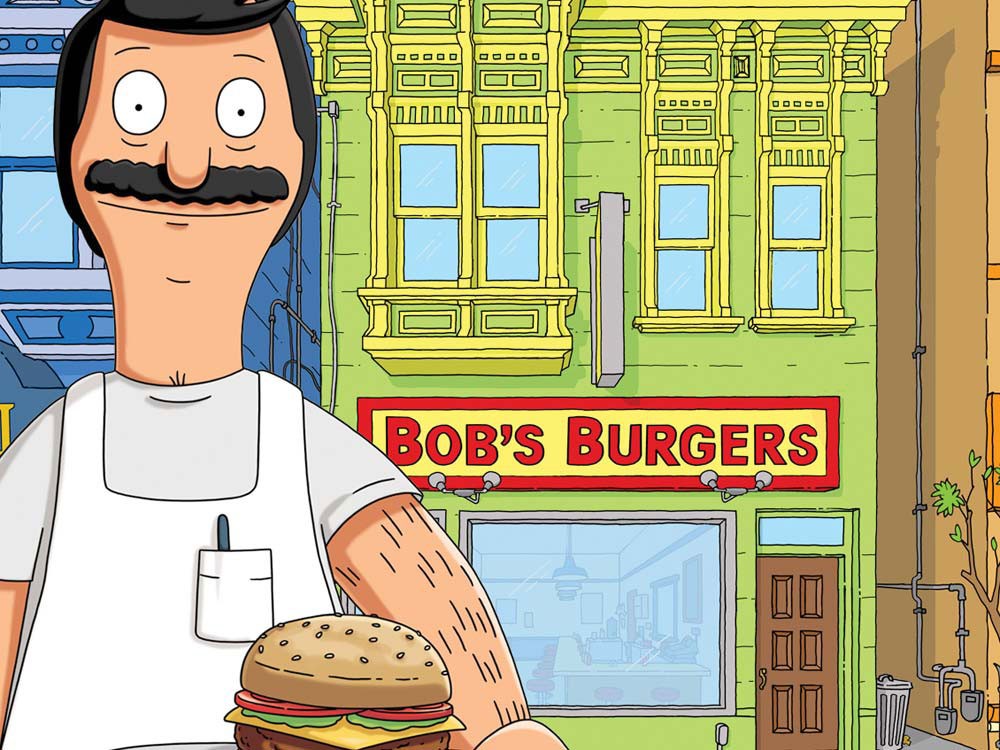 What's in the special sauce?

All television shows must provide some sort of one-sentence synopsis (“misanthropic doctor solves cases and is a dick,” for House) in order to be picked up and advertised, but animated shows require something more.

Unless you’re the executive whose sole job is to green-light new Seth MacFarlane cartoons, you need to have a compelling reason to order a new animated series. Animated shows are usually expensive and vastly more difficult to change. That’s why, for every Family Guy, there are only two or three shows like Sit Down, Shut Up compared to a half-dozen like Hank, Joey or Mind of Mencia.

That’s the source of my reservations about Bob’s Burgers, FOX’s newest animated sitcom. It has an impressive pedigree: Created by a guy with animation experience (Loren Bouchard, Dr. Katz and Home Movies), it’s staffed with a mix of talented comedians (Eugene Mirman, Kristen Schaal) and regular voice actors (H. Jon Benjamin). Even the premise, a family working to save its burger restaurant from going under, provides both family-based and occupational opportunities for comedy.

And yet, I wonder: Where’s that special something, that aspect that forever precluded its being made as live-action? In the pilot episode, a weekend celebration could “make or break” the business, but someone tells a joke at school about the meat coming from the funeral home next door, which attracts the health inspector, who just happens to be the mother’s old flame.

When the first episode’s plot is forced to contort itself that much, it spells trouble. Worse still are the flat, archetypal characters: the annoyingly voiced wife who always stands by her clueless husband, who is ineffectual in almost every area of his life. The coterie of children consists of two wildcard youngsters (who are essentially the same character in different genders), and a “Meg,” whose sole defining characteristic is “punching bag.”

It’s unclear what kind of show Bob’s Burgers is going to be. It has potential, but it teeters precariously atop a foundation of impersonal interaction and forced wackiness. Like a family burger joint trying to compete against a national chain, it has to prove why what it offers is better than the competition. Otherwise, Family Guy and The Simpsons are going to eat it for lunch.

Holiday Bowl
Some Cougar fans were saddened when the hated Huskies won the Apple Cup this year, because it granted UW a bowl berth. Of course, it turned out the 6-6 Huskies will face off against the 10-3 Huskers of Nebraska ... who UW lost to, 56-21, earlier this season. Here's your late Christmas gift, WSU fans: schadenfreude. (ESPN, Dec. 30, 7 pm)

Miracle Detectives
The Oprah Winfrey Network will have three shows starring the Queen of TV, one with Oprah-best-friend Gayle, and the best of Dr. Phil ("best" being a relative term, presumably). But it'll also feature Miracle Detectives, where one skeptic and one believer will search for evidence of miraculous happenings. Which is kind of like a bird-watching show featuring a guy with binoculars paired up with a blind dude. (OWN, Wednesdays, 10 pm)

What Chilli Wants
It's a question we've all asked ourselves at one time or another: What does Chilli want? This is often followed by, "Who is Chilli?" Rozonda "Chilli" Thomas is looking for love, and only VH1 can find it for her. Because love found on television always works out well. (VH1, Sunday, 9 pm)