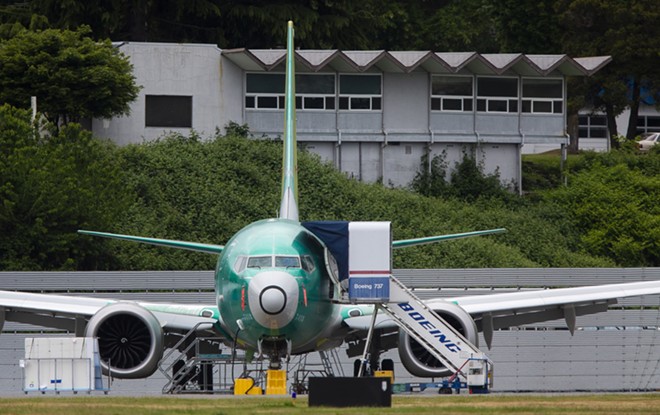 NATION: Insurance companies are reducing their exposure in fire-prone regions in the Western United States, raising questions of whether climate change could make insurance "deserts."

Perpetual detention
The Trump administration rolled out a new regulatory change that would allow the Department of Homeland Security to indefinitely detain undocumented migrant families who cross the border illegally. (New York Times)

Rising deficits
The U.S. deficit will reach $1 trillion in 2020, according to new forecasts from the Congressional Budget Office. The nonpartisan research agency attributed the spike to President Trump's 2017 tax cuts and new military and non-defense domestic spending. (New York Times)

Jet care
Boeing announced that it would hire hundreds of temporary employees to work on its grounded 737 Max fleet in Moses Lake until regulators deem them fit to fly again. (Seattle Times)

One call
After the recent deadly mass shootings in Ohio and Texas, Trump indicated that he would support tougher background checks. Then he received a phone call from Wayne LaPierre, the chief executive of the National Rifle Association. (New York Times)