Truth be told, buying presents for a hardcore music fan is tricky, because part of the joy of that fandom is the hunt for new tunes. At the same time, every music fan has stuff they'd never treat themselves to, or releases they missed, or a need for some funky accessory they don't even know exists. So don't fear buying for your favorite amateur DJ, just get them something guaranteed to please, like our suggestions below. 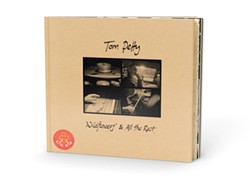 TOM PETTY, WILDFLOWERS & ALL THE REST
Given how consistent and deep his catalog, it's saying something to pronounce Wildflowers Tom Petty's best album. I'm here to say just that about his 1994 release, and this reissue of a remastered Wildflowers along with a slew of other previously unreleased songs from the same era is a real treat beginning to end. The original holds some of Petty's best songs; "You Wreck Me" wrecks me every time. The All the Rest portion generally doesn't rise to the same level, but they're stronger than most outtakes for sure. Get the "deluxe edition" and you'll also get discs of home recordings of Petty demos from the Wildflowers sessions, as well as a live disc. (DAN NAILEN)
click to enlarge

PYLON, PYLON BOX
If I hadn't been an R.E.M. obsessive as a high school kid, I never would have discovered the wonders of fellow Athens, Georgia, band Pylon. Back in 1987, R.E.M. released an odds-and-ends collection called Dead Letter Office, and they covered Pylon's "Crazy" as the album's first track. The same year, a documentary called Athens, GA: Inside/Out included both bands, and Pylon's "Stop It" was a highlight. The jagged guitars, shriek-y vocals (but tuneful shrieks!) and stop-start rhythms presaged the sound of sonically similar bands like Pixies and Nirvana. Now Pylon's early days — 1979 to 1983, specifically — are getting the box set treatment, and it includes their first two albums (Gyrate and Chomp), available on vinyl for the first time in decades, plus two more discs of singles, live tunes and unreleased tracks. (DN) 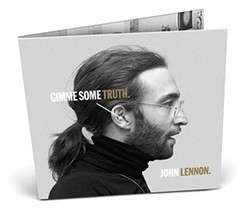 JOHN LENNON, GIMME SOME TRUTH. THE ULTIMATE MIXES.
You'll be forgiven for thinking this just another rejiggering of Lennon's solo catalog for a holiday cash grab, but no! (OK, maybe a little.) Lennon's widow, Yoko Ono, and their son, Sean Ono Lennon, oversaw the remixing of these 36 cuts in the deluxe edition, and the sound quality far exceeds previous Lennon solo releases. His voice is pushed forward, and the instruments are more crisp on tunes like "Cold Turkey" and "Instant Karma! (We All Shine On)." The deluxe edition includes two CDs, a Blu-Ray audio disc with the songs in 5.1 surround and hi-def stereo, and a 124-page book. (DN)

PRINCE, SIGN O' THE TIMES REMASTERED BOX SET
In 1987, Prince was at a creative impasse. He had dissolved his band the Revolution, his recent feature film Under the Cherry Moon was a flop, and several of his pet projects were in limbo. Perhaps that discord informed the restless energy of Sign O' the Times, an eccentric, eclectic double LP cobbled together from a trio of unreleased concept albums and new tracks Prince recorded mostly by himself. Its 16 songs run from lithe R&B to disco rave-ups, from sexy slow jams to straight-faced social commentary, and it's now widely regarded as Prince's magnum opus. A new deluxe box set (available in CD and vinyl versions) not only features a remastered Sign O' the Times but a bunch of previously unreleased bits and pieces that illustrate how the final product came to be. Also included is a coffee table book filled with pictures and a 1987 concert film pairing the Purple One with jazz legend Miles Davis, making this the ideal gift for any Prince fan. (NATHAN WEINBENDER) 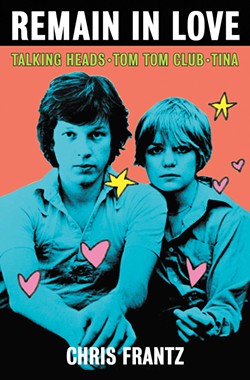 REMAIN IN LOVE
BY CHRIS FRANTZ
The beating heart of Talking Heads from his drum kit, Chris Frantz writes a story of rock and roll success in his memoir, covering the band's beginnings through its troubled splintering as lead singer David Byrne pulled away. Frantz also casts his eyes on his peers helping New York City become a punk-rock launching pad, and names like Debbie Harry, Andy Warhol, Grace Jones and Lou Reed dot his memories. As intriguing as those parts are for Talking Heads and punk fans, though, the book truly soars as a love letter to Frantz's wife and longtime musical partner, Tina Weymouth. As fellow Talking Heads and as co-founders of Tom Tom Club, the duo has held on to one of popular music's most inspiring creative and romantic partnerships for a half-century now. (DN)
click to enlarge

DOLLY PARTON, SONGTELLER: MY LIFE IN LYRICS
She's a multi-instrumentalist, a singer, an actress, a philanthropist and an all-around cultural icon, but country legend Dolly Parton still considers herself a songwriter first. By her own account, she's penned thousands of them since she was a child growing up in Tennessee's Great Smoky Mountains, and her new mixed-media memoir Dolly Parton, Songteller explores her life and career by way of her autobiographical lyrics and the circumstances that led to their eventual recording. With her co-author, music journalist Robert K. Oermann, Parton weaves her trademark Southern charm into anecdotes about her most famous songs, like the childhood humiliation that inspired "Coat of Many Colors" and the fateful day in which she wrote both "Jolene" and "I Will Always Love You." It's like leafing through Dolly's family photo albums with the legend herself. (NW) 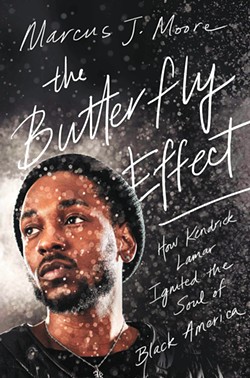 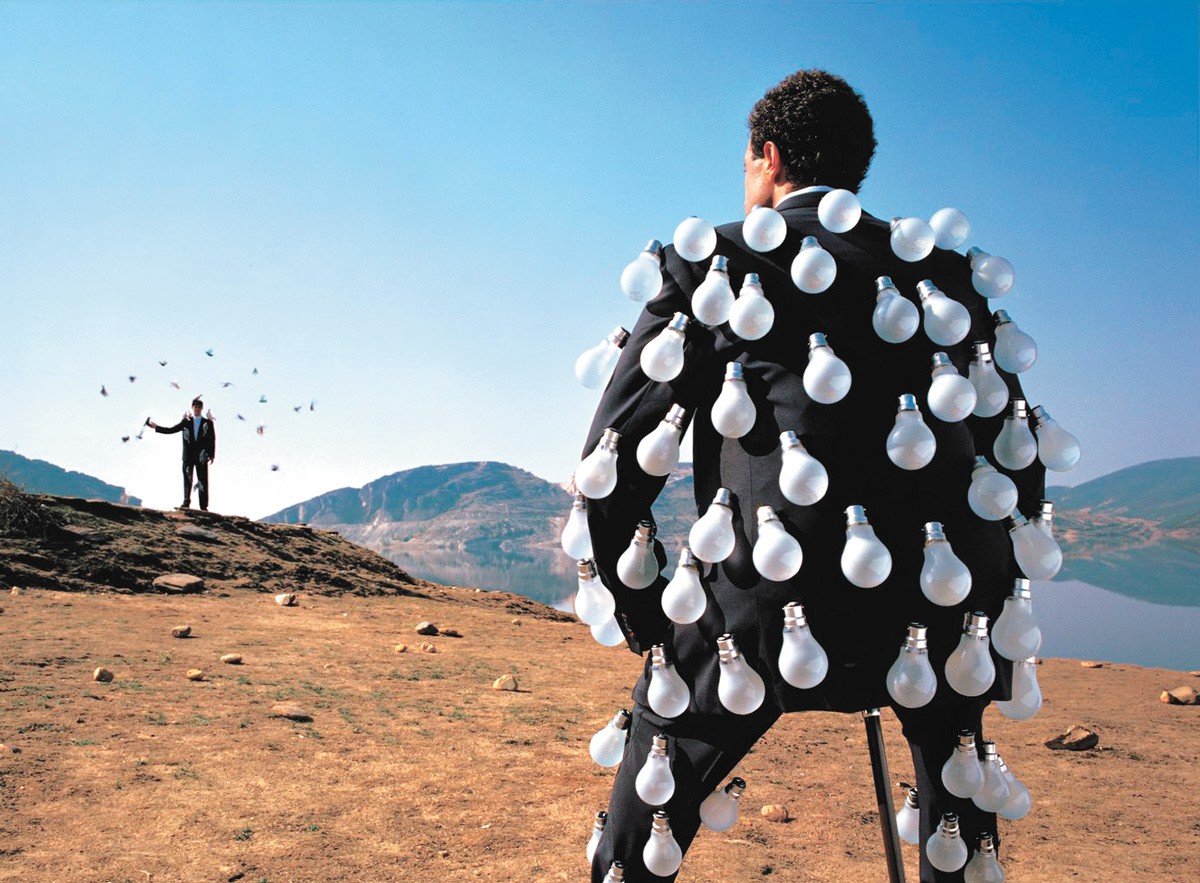 PINK FLOYD: DELICATE SOUND OF THUNDER
Pink Floyd had been a band for nearly 25 years before they released their first live album, a 1988 release called Delicate Sound of Thunder. Recorded at Long Island's Nassau Coliseum shortly after founding member Roger Waters' departure from the group, the concert setlist featured the entirety of their 1987 record A Momentary Lapse of Reason, interspersed with Floyd classics like "Wish You Were Here" and "Comfortably Numb." An accompanying concert film was released on VHS back in the day, and it was just remastered and re-edited last year for a retrospective box set of the back half of Pink Floyd's career. That version is now available as a standalone release on BluRay and DVD, and it runs a full half-hour longer than its original home video version. (NW)

RECORD ROOTS VINYL ALBUM WALL FRAMES
Album artwork is one reason the vinyl revival is popular — it's just better exploring the artist's visual approach when it's vinyl-sized. And frames for album covers have been around for a while, but they always seem prohibitively expensive, or too permanent a set-up to be able to both showcase your cool album and play the thing. That's how I got sold on Record Roots frames, which hold eight covers at a time and use rubber frame edges that make the albums easy to pop in and out. For just about $75, you have ever-changing wall art, and a sturdy frame that hangs on the wall using provided super-strong sticky stuff, so no drilling required. (DN)

PERSONALIZED MIXTAPE DOORMAT
There's something about a welcome mat that really ties your whole porch together, but most of the ones you can pick up at your local Target don't exactly scream "personality." Now your guests can experience a little burst of analog joy every time they wipe their feet on your personalized mixtape doormat courtesy of graphic designer Jim Holodak. Sold through the homemaking site Uncommon Goods, customers can pick out a doormat that looks uncannily like an old-school cassette tape with their own name (or the name of their giftee) scrawled in Sharpie on the top label. How groovy is that? But Holodak's collection goes beyond tapes: You can also pick out mats that look just like shiny vinyl records and guitar amps. (NW) ♦