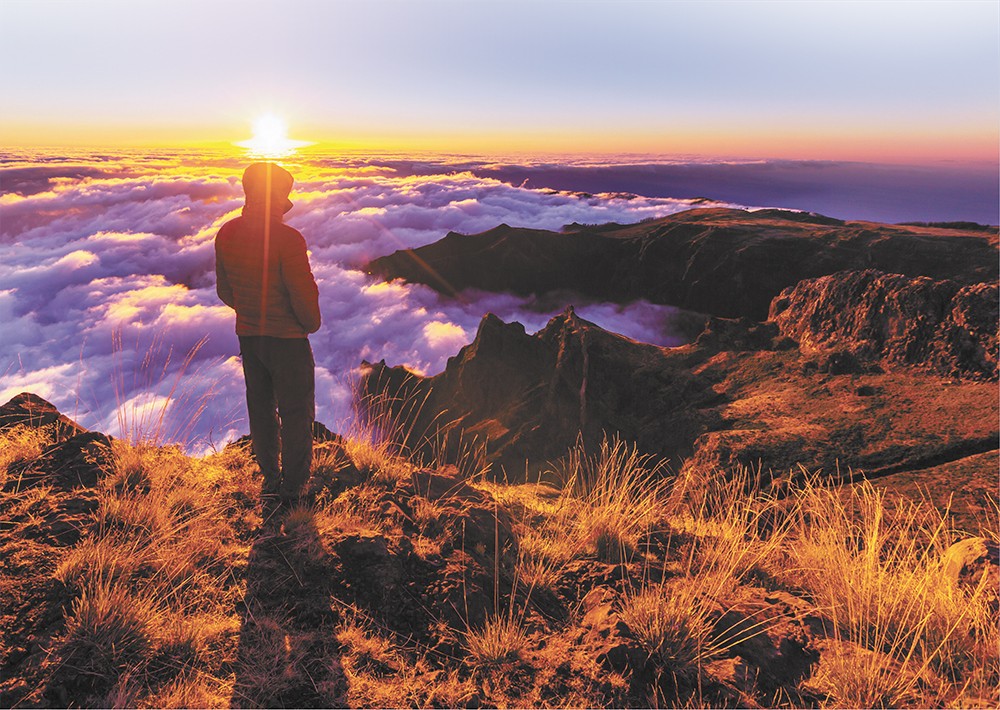 We were out of water.

Had been for three hours, maybe longer. Our canteens were dry. So were the wine bottles we had drained the night before, passing them around a campfire between country songs. I could feel my heartbeat in my tongue.

The Marufo Vega trail in the Big Bend National Park is only a 14-mile round trip, a challenging two-day hike through the desert mountains of West Texas, much of it hugging the slow-moving Rio Grande. But we hadn't seen the telltale rock cairns that mark the path in hours. We'd missed a switchback and followed a game trail for miles through bulrushes and down into a canyon. We realized we were off, but rather than turn back and retrace our steps, we plunged up the canyon, marching against the brutal sun, hoping it would eventually deliver us to the other side of the mountains, to the flatlands, where our van was parked on a small gravel lot.

There were six of us on that walk in the spring of 2001. Me, my two high-school buddies, my two older brothers, and two of their friends. I was the guy with the map because I was the guy who had planned this trip. All is equal among men during good times, by and large, but when imaginations start to churn against the probability of death, when water runs dry and tongues begin to swell, the guy with the map is an easy target for hate.

"Where the f--- are we?" my brother Paul asked. We had stopped in the hot shade of a sheer cliff. I checked the map again, but it was worthless without a compass and some definite sense of bearing. I dropped my pack and sized up the nearest mountain.

My plan was to climb the mountain, eyeball our van on the other side of the ridge and return with a way out. Maybe we'd sing songs on the walk to the van and guzzle the warm beer we'd left in the back seat.

Alas, as I crested the mountain, I found a loneliness that snatched my breath. As far as I could see in every direction were mountains upon mountains. There was no parking lot, no telephone lines, no ribbons of asphalt unspooling toward the promise of civilization. They say West Texas is one of most sparsely populated parts of the country. The rugged evidence stretched before me on top of that desperate peak.

And it's the closest I've come to heaven.

. Are you tired, lonely, bored with life? Do you have diabetes, anxiety, depression or cancer? Are you worried about the loose skin around your neck or the fat hanging over your jeans or your receding hairline?

Then go test yourself against the earth.

Throw your Fitbit in the garbage, leave your treadmill under the bed in the guest room, and go. Don't tell anybody. No Facebook updates. Hell, leave your phone at home. Just go take a long walk. It's that simple. Put one foot in front of the other until you find what you've been missing.

Because we are missing something.

Man has relied on bipedal locomotion for about 6 million years. Our bodies, our anatomy, evolved for walking. The British writer Bruce Chatwin wrote that everything from our brains to our big toes are built for long journeys on foot.

Only recently have humans in large numbers chosen to sit and ride rather than walk.

At the beginning of the 20th century, the United States had just 100 miles of paved highway. Starting in the 1950s, when the suburbs were expanding and automakers were setting sales records year after year, the federal government would pave 40,000 additional miles to meet the growing demand for a faster way from A to B.

This automobile explosion dovetailed with another dramatic shift in how we live. In 1950, barely 10 percent of American families had a television set. By the end of the decade, 90 percent of us owned TVs. Peter Steinhart noted the change in Audubon in 1987, when Americans spent four hours a day in front of the television: "We experience life not through the soles of our feet but through the seats of our pants."

In 1955, two emissaries from the sports world addressed a large gathering of family doctors in California. The point of their keynote was that the kids entering their programs were physically different than youngsters they trained in the past. Their bodies were different. The coaches, for the first time, had to build muscle instead of stretch muscle, they said. Right before their eyes, they were witnessing the evolution brought about by these American lifestyles and they pointed to the culprit: Kids don't walk anymore.

Anthropologists estimate that early man walked 20 miles a day. The written record of the mental and physical benefits of walking goes back to ancient times. Prominent Roman writer Pliny the Elder (23-79 A.D.) described walking as one of the "Medicines of the Will." Hippocrates said walking was "man's best medicine" and prescribed walks to treat emotional problems, hallucinations and digestive disorders. Aristotle lectured while strolling.

Some of the best thinkers, writers, musicians and artists have extolled the virtues of walking. Da Vinci designed elevated streets to protect walkers from cart traffic. Johann Sebastian Bach walked 200 miles to hear a man play the organ. William Wordsworth was said to have walked 180,000 miles in his lifetime. Charles Dickens once said, "The sum of the whole is this: Walk and be happy; Walk and be healthy." Robert Louis Stevenson wrote of "brief but priceless meetings which only trampers know." Friedrich Wilhelm Nietzsche said, "Only those thoughts that come by walking have any value."

In an 1862 essay in the Atlantic, Henry David Thoreau warned about the coming of the "man-trap" — the automobile — that would "confine men to the public road, and walking over the surface of God's earth shall be construed to mean trespassing on some gentleman's grounds."

"Let us improve our opportunities, then," he wrote, "before the evil days are upon us."

In his new book

Born to Walk: The Transformative Power of a Pedestrian Act, Dan Rubinstein again makes the case that walking connects us to ourselves, our fellow citizens and where we are right now. It also affords us the gift of time. "Done by choice, untethered from the market and wireless contraptions, it can be an act of defiance," he writes. "In the early decades of the 21st century, an era of climactic convulsions, rapacious profiteering, crushing debt, deadly 'lifestyle' diseases and the attenuation of non-virtual community, these are precious commodities."

The next day, drinking cold Tecate in a cantina in a little Mexican village called Boquillas del Carmen, we talked about how we had not only made it, but we felt more alive than ever. Our long walk had pricked some membrane between us and our primitive selves. We had found triumph in survival itself, a step at a time. ♦

Ben Montgomery is a reporter for the Tampa Bay Times and author of Grandma Gatewood's Walk: The Inspiring Story of the Woman Who Saved the Appalachian Trail.