Both Sides of the Lens

An exhibit at WSU examines why we take photographs

Iconic photos, like this 1945 image of the V-J Day celebration in Times Square, are part of the Corbis collection and included in WSU's new exhibit.

Vivian Maier was cantankerous and maybe a little hard to deal with,

Privately hoarding thousands of smiling faces, jovial children, bustling shoppers — images of Americana that could never have seen a dark room. Images that wouldn't have been included in the Washington State University Museum of Art's current exhibition, Through the Lens: An American Century — Corbis and Vivian Maier, a show that juxtaposes the personal and very public aspects of photography.

"She had no intention to show or use this work. She was photographing because she was purely responding to her environment, responding to that decisive moment," says Ryan Hardesty, the museum's curator of art and exhibitions.

These decisive moments were indefinitely tucked away in a storage container, but in 2007, trunks at a thrift auction were opened to find Maier's collection of film, photos and images, immediately dispersed to hundreds of printed and published outlets. The discovery inspired a 2014 documentary about Maier's peculiar life and unlikely celebrity that has been nominated for an Academy Award (see below).

The question remains, though, as to why Maier shot so many photos that she never shared. Hardesty admits that historians and curators don't know if Maier would have wanted her work publicized. Was it introspection, a type of therapy to find a niche in a world she wanted desperately to fit into?

"Perhaps that activity was in some way her means of making a connection with the world around her," says Hardesty.

Contrast this with nearly 100 of the most defining and recognizable photographs in the Corbis exhibition, images that have become a sort of "stock photo gallery" of our culture. That iconic photograph of the Twin Towers on September 11th. Marilyn Monroe on the set of The Seven Year Itch. The raising of the American flag at Iwo Jima. Muhammad Ali and Martin Luther King.

"These images represent a collective consciousness, a sort of collective visual history. Even if we didn't live during these eras or these events, these photos still provide us access to delve into and consider the time and significance," says Hardesty of Corbis, a Seattle-based photo licensing company founded by Bill Gates in 1989.

That contrast is what brings the two radically different exhibitions together, explains Zach Mazur, curator of education and collections. A woman's personal musings on the world around her — a deeply personal, almost cryptic experience — versus the common visual tongue that binds a society together, something millions of people share, is the juxtaposition at the center of the exhibit.

This conversation of personal versus public also raises the question of what street photography is evolving into. That's where the student portion of the exhibition begins its commentary. A handful of student work has been gathered from many of the cities in which Maier lived (as well as Pullman), displaying the ways that street photography has changed over the decades.

"It's not just an observation anymore," says Mazur, mentioning a student artist who questions the impact of oversexualization of young girls through her work. "Now, let's take context and add it to this style of photography." ♦

Through the Lens: An American Century — Corbis and Vivian Maier • Washington State University Museum of Art • Exhibition runs through April 3 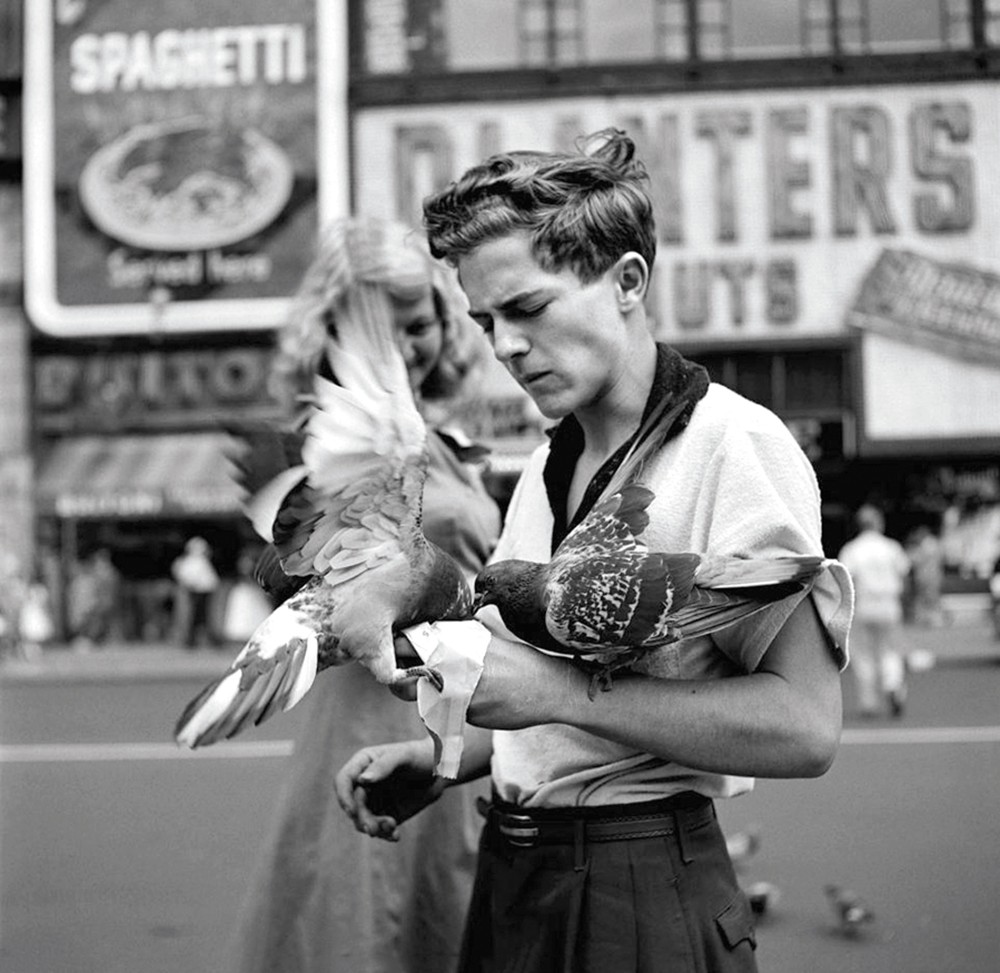 Vivian Maier's posthumous rise to celebrity isn't limited to her work appearing in exhibits like this one at WSU. Last year, the release of Finding Vivian Maier made her work some of the most talked-about photography out there.

Now, Finding Vivian Maier has been nominated for a Best Documentary Oscar and looks to be in serious contention for the award. While audiences have flocked to the film because of the mystery surrounding a woman who lived quietly as a nanny in Chicago, all the while amassing a collection of thousands upon thousands of photographs, the story of how the film came to be is equally impressive.

Its co-director, John Maloof, was in real estate in Chicago and trying to locate historical photos of a neighborhood when he came across Maier's negatives. His interest became almost an obsession, leading to the film, which was able to piece together her life and some theories as to why she took so many photos, all of which remained secret.

As part of the exhibit, WSU is screening Finding Vivian Maier on Thursday, Feb. 12, at 7 pm in the CUB Auditorium. An introduction to the film from art historian Marianne Kinkel will take place in the Museum of Art at 6 pm.