Bounty at the Bistro

New Asian fusion in the Valley. Plus, buy a cupcake, get the conversation for free. 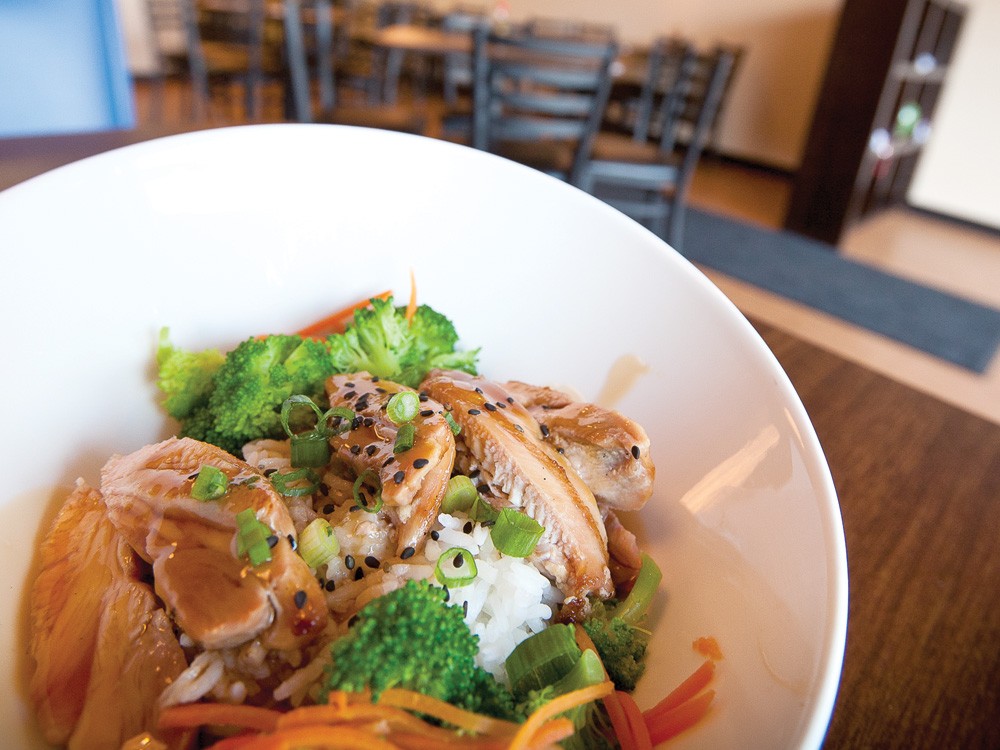 It doesn’t always have to be out with the old and in with the new; sometimes you can keep the old and just make it better. That’s the inspiration for much of the menu at new Asian fusion restaurant Chan Bistro

Katia Chan, who is from Hong Kong, owns the now 2-week-old restaurant along with her husband, Meo Goldstein.

“In Hong Kong we have a nickname: It’s called ‘the heaven of food,’” says Chan. “People know Hong Kong food is very good.”

The couple, in true Hong Kong style, have taken traditional dishes and added their spin to them. Consider the House Ginger Fish ($15). Goldstein prepares the dish with pan-seared fillets of cod and cooks it with fresh ginger and scallions in a sesame soy sauce. The result is not only beautifully presented and well-balanced in flavor. The fish falls apart with the touch of a fork, cooked to perfection.

The couple also offers more common dishes like chicken teriyaki ($6) and appetizers like chicken lettuce wraps ($7), a build-it-yourself dish which is served with large leaves of lettuce, special sauces and a chicken stuffing.

Chan, a vibrant woman who also acts as the restaurant’s server, says each morning the couple heads to the market to purchase food for the day.

Chan says that she and her husband don’t want to be pigeonholed. She says that her husband can cook anything, and the couple has already started to take special orders. The creme brulee she made that morning for a customer is a testament to that.

In honor of their new opening, Chan says new customers get a free homemade soup when they stop in. Little courtesies like this are in abundance at Chan Bistro.

“My husband and I make a huge difference because we are passionate about what we do and we love what we do,” says Chan. (Tiffany Harms)

Step into Love @ First Bite and you may experience just that. Sit down with owner Monica Sanders and you may not want to leave. Sassy, boisterous and full of laughter, she is candid about her humble background and more than willing to share kitchen horror stories.

A native of of rural Colombia, Sanders was unfamiliar with baking, let alone cupcakes up until her late teenage years.

“We didn’t have electricity or refrigeration, so we never baked. If I wanted to eat something sweet or have a snack, we would go out and pick some fruit,” she says. When she met her husband and moved to America 15 years ago, necessity led her to take up baking. Her eureka moment came when she transformed her infamous cheesecake recipe into a single-serving dessert: the cupcake.

Cupcakes have taken America by storm, and it’s no wonder. As ingrained in our culinary heritage as barbecue and cornbread, cupcakes possess a kind of nostalgia that few sweet treats can deliver. It is this fondness of childhood memories that becomes the inspiration behind Sanders’ creations. Flavors like guava, passionfruit, Colombian chocolate and the sticky-sweet dulce de leche fill the shop. For every flavor, there is a memory.

“Each morning we would get up to milk the cows, and any milk we didn’t use that day would either be turned into cheese or cooked down with cane sugar and transformed into dulce de leche,” Sanders recalls.

We tried the Cookies & Cream, which contained crispy cookie bits baked into the cake, as well as being added to the topping. This one is a winner for those fans of texture variation.

Another favorite, a gnarly chocolate mountain called the Chocolate Explosion, was actually born from a batch of cupcakes gone wrong. Composed of chocolate cake, toasted chocolate cake bits and a whole lotta ganache, this creation has gained a devoted following.

All cupcakes are $2.50 and enormous. Wash it down with a tall cup of black coffee, which is free depending on which day you visit, and you’re good to go. Or just stay and chat. (Alicia Purvis LaRiviere)

North Idaho artists have their own novel response to the virus