Stallone flexes his action muscles again, but that doesn’t save Bullet to the Head 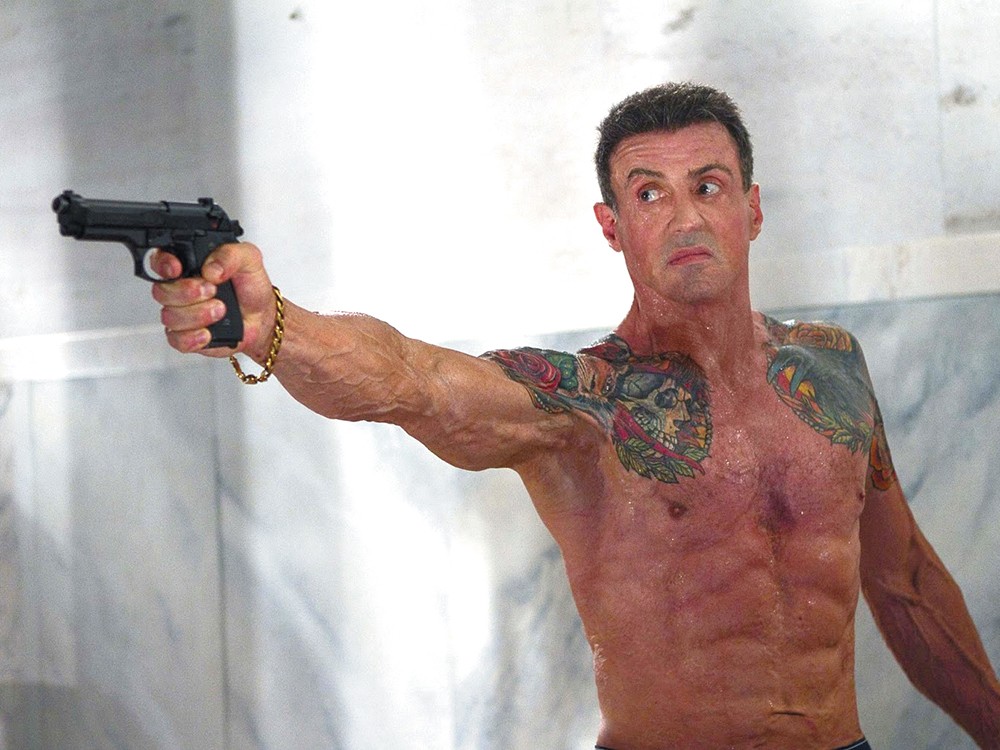 “We gonna fight or do you plan on boring me to death?” Sylvester Stallone mumbles to the bad guy just before their final climactic fight. Too late! Bullet to the Head has long since put a bullet of boredom in your head.

How does a legendary director such as Walter Hill make a movie this shockingly inept? This is damn near the most unwatchable movie I’ve seen that hasn’t gone straight to DVD or late-night cable. It’s barely even a movie, in fact — it’s more like a meat brawl, just dozens of anonymous beefy lunkheads beating up one another or, more often, shooting one another in almost random sprays of blood and bullets. And it’s no better, frankly, when the movie attempts to un-anonymize the lunkheads, because we are offered no reason to care what happens to the several cartoonish characters heading up what passes for the plot.

Stallone, as hired killer James Bonomo, is the good guy here whose Golden Rule is “no women, no children,” so he’s a nice, honorable hired killer, you see. He’s been double-crossed on his latest job, and on the way to getting revenge he runs across cop-out-of-water Taylor Kwon (Sung Kang), who I’m pretty sure is the worst law enforcement officer ever, between his complete willingness to participate in violent felonies and his penchant for referring to himself as “Taylor” when talking to his cop colleagues on the phone: “Hey, it’s Taylor,” he says when calling into his department, as if he’s calling his mom.

From, ahem, Taylor’s on-the-spot psychoanalysis of Bonomo as a guy with a daddy-inferiority complex, to Stallone’s extruded-plastic demeanor to the laughable narration to the unbelievably stilted acting from everyone — except, perhaps, the always reliable Christian Slater as a bad bad guy — to the charisma-free cast (including, alas, Slater) to the — holy crap — trying-on-funny-hats montage, this should be laughable. For this is a movie that wants to be hardboiled but more sorta of soft-shelled. And yet it’s snooze-inducing.

Hill’s last work was the marvelous TV western Broken Trail, which was as sensitive as it was brutal, so we know he’s capable of better. Stallone knows how to be an appealing lunkhead — see: Rocky and the more recent Rocky Balboa. We can’t even blame Bullet’s provenance as a comic book movie (this is based on the graphic novel Du plomb dans la tête by Alexis Nolent) because there have been too many good movies based on too many good comic books. So what the hell happened?

Based on a powerful true story, Just Mercy examines racial injustice within the American legal system

You might feel anxious watching Uncut Gems, or you might simply be annoyed by one man's bad decisions