The mayor will review the city's records policy, but a councilman is skeptical. 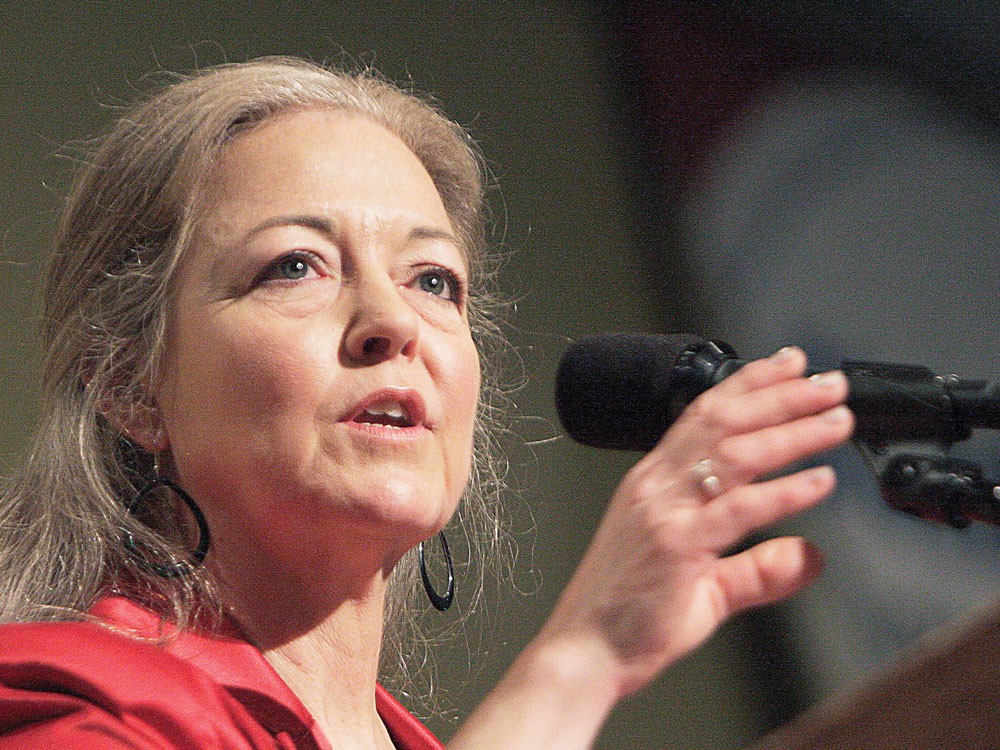 The city of Spokane’s public records policy hasn’t been reviewed since Mayor Mary Verner took office. That, she says, is about to change.

“It’s time for us to take a look at this,” Verner says. “It certainly is a priority for me. … Our city’s not adverse to ongoing reforms.”

She was responding to the cover story in last week’s Inlander, “Strong Arm of the Law,” which describes how the city’s policy — and therefore the Spokane Police Department’s policy — is out of step with procedures at many other municipalities and law enforcement agencies across the state.

What happens when someone complains a cop used excessive force? Usually, not much.

The city keeps internal reports relating to excessive force investigations secret unless the accused officer is found in the wrong, citing privacy issues. Other law enforcement agencies in the state release the reports, often with the officer’s name blacked out.

Verner says the issue will not be “put on the bottom of the heap,” while also defending the city’s policy, saying it has “long been established” and “litigated.” She points to the lawsuit between Cowles Publishing Company (which owns the Spokesman-Review) and the Washington State Patrol and the city.

Verner would not engage in discussion about the law and pointed to the city’s legal staff as the appropriate conduit for such a debate. The mayor did point to last week’s action by the City Council that gave the civilian police ombudsman greater powers as a sign of “increased accountability and transparency.

“Rather than another recitation of old (and mostly resolved) cases — some dating back more than a decade — now is the time to allow the above changes [referring to the creation and empowerment of the ombudsman] to take hold and mature and then judge our performance moving forward,” she writes in an e-mail.

City Councilman Bob Apple says he’s skeptical much will change. He says he has beat the drum on the issue for years to no avail, and he places blame on the mayor for not addressing the issue earlier.

“The city views an open-records policy as a liability,” he says. “Every excuse has been given over the last few years by every mayor I’ve been under. … [The mayor’s] giving the same excuse as every other staffer at the city: ‘We don’t have the manpower. We don’t have the resources. Blah, blah, blah.’ If we need to redact info at the city, redact. We’re a very large city. We should know how to handle our business.”

Apple says he first confronted the records policy when he was a new councilman and the debate surrounding the River Park Square parking garage raged around him. At that time, he says, the city refused to release documents pertaining to RPS to media.

When asked if the mayor was the only person at the city who could create more transparency at the city, Apple said she was not.

“The council can pass an open policy records ordinance and force the city to release not only police records, but all records,” he says. “But it takes five votes to override the mayor. There are not the votes. … There’s me.”

“That’s administrative policy. It’s not a legislative prerogative,” he says, putting the responsibility on the mayor’s office.

Regardless, Rush says he will “follow up” by looking into the records policy, as well as what he describes as charges used by local police that are “too broad” and “may be unconstitutional,” such as disorderly conduct and resisting arrest.

Like Verner, Rush says empowering the ombudsman is an unprecedented step toward greater accountability for the police department.

“Everything’s not always going to be OK because that’s perfection. But we have to improve,” he says. “We’re taking strides. They’re significant. Are we there? Not hardly. We still have to see what the effects of the latest changes will be.”

The Inlander is committed to exposing miscarriages of justice. Send tips and story ideas to injustice[at]inlander.com or call the news tip line at (509) 325-0634 ext. 264.