Breaking Out of Addiction 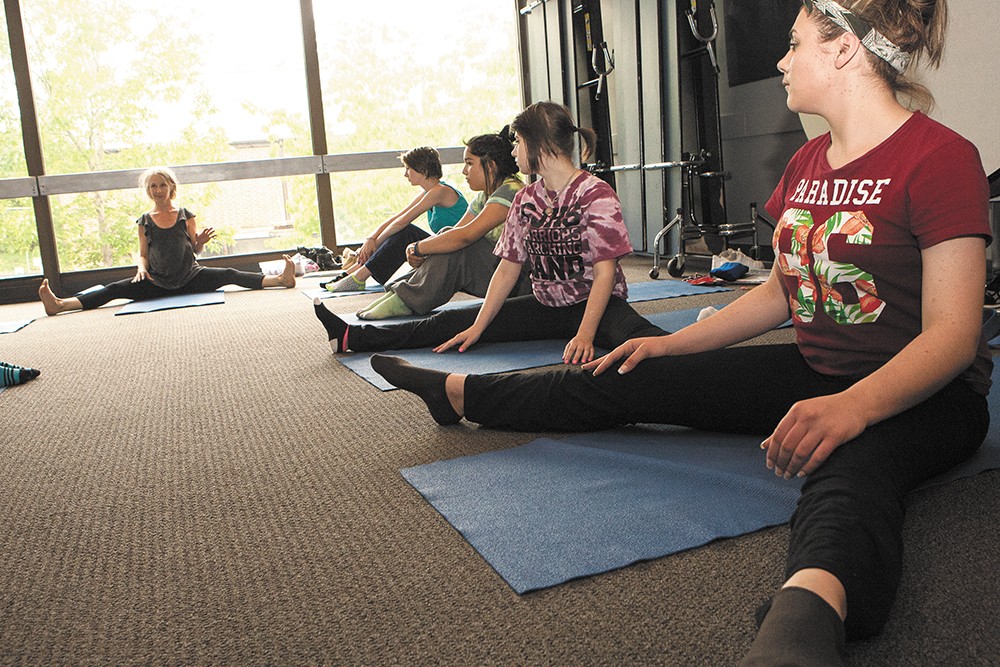 when her boyfriend offered her meth for the first time. Three years later, she's in residential drug treatment at Spokane's Daybreak Youth Services.

Staff at Daybreak have helped Alvarado reconnect with her 2-year-old son. He's been in Child Protective Services custody most of his life, but now that she is off drugs, she has been able to work with the agency on a plan to regain custody.

"I'm not worried I will relapse," Alvarado says, running her fluorescent-orange fingernails over the This too shall pass tattoo on the back of her forearm. She has too much to live for. She hopes to join the Air Force and become a pilot.

In April, Alvarado waited two weeks to be admitted to Daybreak. Her wait most likely would have been considerably longer just a few months ago.

This spring Daybreak became an all-girl treatment center, its 40 beds nearly doubling the number of female adolescent beds in the state to a total of 88 out of 246.

Substance abuse historically has been more prevalent among teenage boys than girls, but the numbers have evened out in recent years. In 2013 just under half of the 2.1 million people admitted to treatment nationwide were female. But until Daybreak made the switch, less than a quarter of the state's treatment beds were available for girls, leaving parents, hospitals and probation officers struggling to find space for girls in need of services, while the girls ended up in limbo, waiting in jail or at home for a bed to open up.

at the center addicted to drugs, but Daybreak Youth Services Executive Director Annette Klinefelter says she doesn't see them as drug addicts. She sees them as daughters, sisters and aspiring doctors. Most of all, she sees the girls as people of infinite potential, and has no qualms about only serving females.

"We haven't taken from boys, we've given to girls," says Klinefelter. "Parents would ask, "What if today is the day my daughter overdoses and dies?""

In addition to capacity, the all-female center will be better equipped to serve a patient population in which as many as 90 percent have experienced sexual abuse. "The girls we work with have a lot to be angry about," says Daybreak's head teacher LuAnn Cummings. "You don't wonder why with a lot of them, you wonder why not."

Girls come from all over the state to seek treatment at Daybreak. Last year, only 10 percent of patients were Spokane County residents. At $265 per day, a stint at Daybreak isn't cheap, though financial assistance is available for the average stay of 45 to 60 days. More than half of Daybreak's beds are currently full and the facility just completed a renovation. While Klinefelter and the girls went to a camp in Post Falls for a few days, 250 volunteers showed up to transform the treatment center. They redecorated the bedrooms and added a theater, a game room and a new classroom.

Daybreak checks up on girls

after they leave, and Klinefelter says she's encouraged by the numbers: 75 percent have not relapsed, and many are back in school.

"There's a lot of addiction in my family," says Klinefelter. "If my father had had access to treatment, would he have tried to murder my mother? Would I have one memory of him sober?"

Her experience helps Klinefelter empathize with girls like 17-year-old Danielle Cooper, who grew up on the Nooksack Indian Reservation with an alcoholic mother, a drug-addicted father and three sisters.

"My parents had a lot of hurt and I saw what it did for them," says Cooper, "I knew it would numb the pain."

When she was 11 she started using "Barbies" — capsules filled with a mix of barbiturates and cocaine. At first it numbed the pain; then it multiplied it.

"Before coming here I was slamming speed bombs... meth and heroin and cocaine," Cooper says. "I absolutely will not relapse. I know what I want now. And I know what it is to lose things, to lose people in my life. I know I'll go places." ♦