The last place anyone expected MxPx’s Mike Herrera to go was “country." 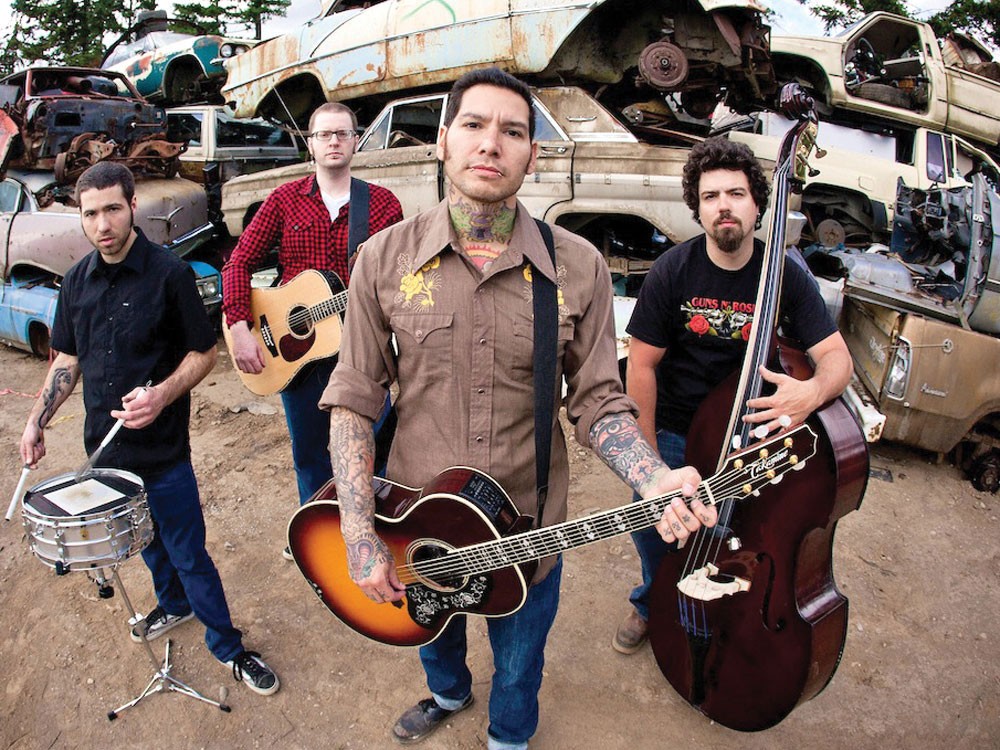 Mike Herrera has been playing music professionally since he was 16 years old. He doesn’t really know much else.

As a teenager, he was in the coolest band at his Bremerton, Wash., high school, which quickly became one of the biggest names on the Christian punk label Tooth & Nail Records. A whole nation (of punks, at least) knew his name.

With his new side project, Tumbledown, Herrera traded in his already snug badass pants for Wranglers. Sort of.

Though he didn’t begin listening to country music until 1999, the tastes that inform the band were ingrained in him long before he donned punk garb.

“They listened to all the great classic stuff,” Herrera says of his parents. “The Eagles, Huey Lewis, the Beatles, Dylan, the Police. And I fell in love with all of it.

“My mom had this old classical guitar with nylon strings and I learned to play bass on that until I could actually get a real one.”

His first band, MxPx, has been kicking ass for a good 18 years, with eight albums and seven EPs to their name. But, as with any kickass activity, too much of it can be overwhelming. About 10 years ago, country began to exert its influence on Herrera.

“I started really listening to the old country badasses more and more through the years and around ’99 I started writing more country songs, ” he says. “I really do love them all: Hank, Johnny, Guthrie. But the one who really stands out to me is Willie Nelson. His songs are simple, but not stupid. And you can’t really classify him as a country artist. He’s just Willie.”

Though he’s had a few different side projects over the years, it wasn’t until 2007 he was able to find a home for his late-flowering interest in countrified music.

That was when Tumbledown happened. The band got started slowly, releasing only an EP its first year. A self-titled debut album followed in 2009, as did a limited-edition live album, Live in Tulsa. Now, three years after its debut, Tumbledown is releasing its second full-length album, Empty Bottle.

The group is a mélange of styles. It’s not rockabilly, it’s not alternative-country and it’s not punk — somehow, though, without being any of those styles, the group still manages to pull influence from all of them.

“We’re not really trying to conform to any one sort of sound. I personally just write the songs I want to hear. With all the inspiration that I’ve had affect my music tastes over the years, the songs turn out to sound pretty versatile overall.”

As for the subject matter, he says he gets it from anywhere he can.

“My lyrics for Tumbledown come from everywhere. It can be from just being on the road and wanting to party, or maybe I’ll just get an idea for a story and do some research on a subject. I just write what I feel like writing,” he says.

Herrera has seen it all: huge crowds in huge stadiums, foreign countries, empty venues in unfamiliar cities. And he loves it.

“It’s great to go back to playing the small, more intimate clubs, but it can be tough starting over,” he says. “One thing’s for sure though. It doesn’t matter how many people come out, we always have a good time.”