Playwright Samuel D. Hunter, recently named a MacArthur Fellow, discusses his work and the shock of a $625k stipend 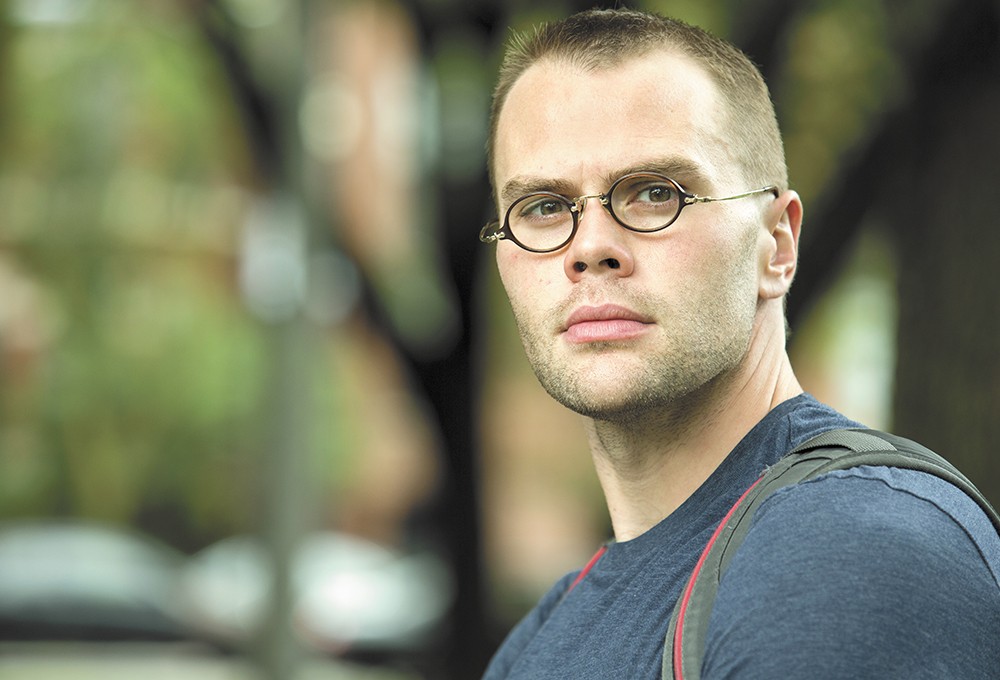 whose work includes The Whale (2013) and A Bright New Boise (2011). He recently was awarded a fellowship from the MacArthur Foundation, which comes in the form of a no-strings-attached grant of $625,000 to continue his work. A new production of A Bright New Boise directed by Dave Harlan and starring Jonathan Rau is opening at the Kenworthy Performing Arts Centre in Hunter's former hometown of Moscow, Idaho, later moving to the University of Idaho's Hartung Theater.

INLANDER: Because A Bright New Boise is relatively new, this might be the first some of us have heard of it. What's it about?

Samuel D. Hunter: I wrote Bright New Boise about four years ago now, and it was the first play of mine that ever got me some notice. The construction of the play is very simple: it's about a father trying to reconnect with his son that he hasn't seen in a very long time, and he does that by taking a job at the Hobby Lobby where his son works. That's the clothesline of the play. The complication is that the main character is from this church up in northern Idaho that had been disbanded because of the death of a young congregant, and under suspicious circumstances. So he's trying to rebuild his life with his son, but he's trying desperately to negotiate his belief system with the world around him.

You've mentioned that you view your plays as being all of a piece. How does Bright New Boise fit into that?

All of my plays ultimately come from something I'm struggling with or thinking about myself, because that's the only way I could personally invest in these stories — if the play is a 20,000-word answer to a question I'm posing in my own mind. And with Bright New Boise, the tension of the play is between the divine and the banal, which is something I think everybody experiences in their lives to a certain degree. They're trying to live their lives in a way that feels full and spiritual and big, even though our day-to-day lives include sorting receipts or putting price tags on a pallet full of doll heads.

What are you working on now?

I just opened a play called Rest at Victory Gardens [in Chicago], and then in a couple weeks I'm going to the Bay Area to workshop a couple new plays that are loosely interconnected, one called Lewiston, the other called Clarkston.

How far along are those new plays?

Lewiston and Clarkston are both very early on. They don't share characters or story lines, but they're both these small, quiet, three-character dramas that are loosely about the modern-day legacy of Lewis and Clark. And Clarkston is set in a Costco in Clarkston, and Lewiston is in a fireworks stand off of the highway in Lewiston. What the characters in these plays are feeling is, who are they 200 years later? What did that Western expansion mean?

How has life changed since receiving news of your MacArthur Fellowship?

I don't really know what it means yet. They parcel out the money over five years, and it doesn't start until 2015, so it hasn't totally started yet. And, honestly, it feels so new. It's only been public for a week now, and I've only known for three weeks, so I don't know. I know it's going to release a lot of pressure for me over the next few years, and the only immediate thing I know is that I'm going to be able to focus on my work in a way that I haven't been able to before, but other than that, I don't know. It really remains to be seen. It honestly hasn't even settled in my body yet. It still feels shocking and crazy and mythic. ♦