The northern suburbs have a new farmers market catering to foodies, the bourgeoisie and the gluten-free. Plus, a map to all the region's markets.

For half a decade, Lori Musgrave spent a good portion of each day visiting the local outdoor marketplace in Eglesbach, Germany, purchasing the fresh fruits, veggies and meat she was going to eat that day. When she moved back to the United States, readjusting to the big-box style of food shopping was not an option — the lack of taste and freshness turned her off.

“When you go into a store, you don’t know how long it has been since the produce was harvested, where it was harvested at, or what types of fertilizers have been used on it,” says Musgrave, who is now market director for several farmers markets around town, including the new Spokane North Side Farmers Market.

At the three markets she now runs (including the Montfort in Colbert and the market in Airway Heights), Musgrave says that her vendors can tell you if any chemicals were used, the date the meat was slaughtered, and when the fruit was picked.

“That’s a huge advantage, to know your food was cut this morning,” she says.

Musgrave isn’t the only person who can’t stomach industrial-style tomatoes. In 1994 the USDA began tracking the annual growth of farmers markets across the country. There were roughly 1,700 markets then. The number sits at over 5,000 now. And yet North Side residents have never had their own, until now.

Until this market opened on May 12, on the 300 block of E. Francis Ave. (near Eagles Ice-A-Rena), that was the only option. Or the Montfort in Colbert. Five high-traffic miles south or 10 highway miles north. Neither particularly appealing.

The market is seemingly a magnet for north-siders who don’t want to drive at all. Amid the roaring cars, people are walking to the market. Reusable grocery bags in hand, we saw residents young and old meandering to the tent-strewn parking lot.

Accepting Visa, Mastercard, EBT and WIC, the new market caters to all classes of Spokane residents. Local residents who are enrolled in the Senior Farmers Market Nutrition Program have been especially taken with the new market.

The place has amenities that other area markets don’t. A woman pulled into the parking lot with a modified van that carried her disabled husband. They had always wanted to go to the farmers market, but with the husband unable to walk and with a difficult vehicle to park, they didn’t know if they would be able to get around.

But here, it works.

A Sampling of North Side Market Vendors

Hutterite Baked Goods and Jams
Like the Amish, the Hutterites live in communal colonies, wear simple clothing and live the life of simple farmers. The bread ($3.50) made by the Hutterite colony near Reardan, Wash., is made from grain grown and ground on their farm. Local pies ($8.50) and jams ($6) are made from scratch.

Quail Ridge Ranch
Jane Keolker sells goat meat ($6-$10 per pound) ground, in chops and in steaks. A sufferer of Celiac disease — sufferers can’t ingest the proteins (gluten) found in wheat, barley, rye and oats — Keolker was dissatisfied with the gluten-free options she found at the stores. So she began baking her own gluten-free bread and cookies ($2-$3.59) and selling her baked goods at farmers markets and a few local stores and restaurants. 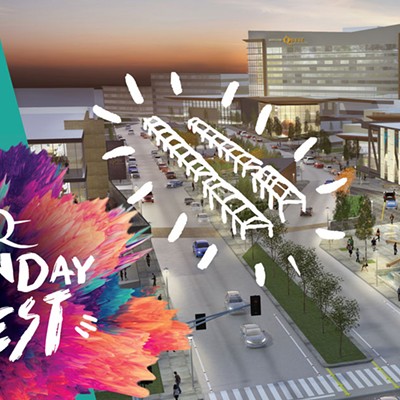