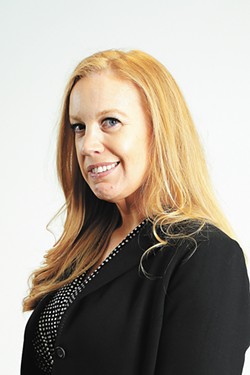 As the vice president of Centennial Property Management Company, Bryn West is in charge of the strategy, operations and leasing of all of Centennial's downtown properties, which include River Park Square and The M (the old Macy's building), among other landmark properties. For more than a decade, that's meant selling Spokane and seeing trends transform the retail landscape.

"I think the main theme of 2019 is one of retailers right-sizing, and right-sizing in many different ways," explains West. In the '90s and early 2000s, she says many national retailers overbuilt. "A lot of those chains over-stored themselves. So now I think we're going to see that contraction. But I don't think brick and mortar will ever actually go away. The majority of retail spending is still done in brick-and-mortar."

But for brick-and-mortar shops to be successful, West says she's seeing trends shift from a basic service model to one focused on the customer experience. "Now retailers are inviting you to come with classes — cooking classes, makeup classes or parties. Nordstrom has always been all about customer service. But I think other stores are realizing that is such an important piece, because if a customer is going to come into a store, they have to have great customer experience. That's the differentiator between online."

Spokane isn't such a tough sell

While Spokane remains a secondary market to large cities like Seattle, selling Spokane is getting easier. "We are right on the precipice of hitting something really big." West cites Riverfront Park's completion, the planned sports complex and new large employers coming to town as evidence of the progress making the city all the more attractive to national retailers. She calls the new Amazon fulfillment center a "big vote of confidence by a major national retailer that this is a place that they want to have better service." Recent lease renewals from key retailers like Nordstrom, Apple, Banana Republic and Gap are also key. "These are big renewals from big major national retailers that are voting with their dollar, if you will, to stay in Spokane for years to come."

A League of Your Own: Power to the Pickle 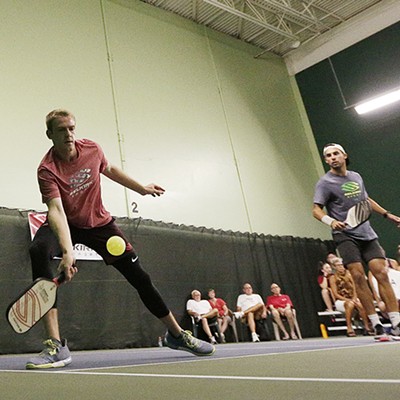 Our guide to the shops we turn to for perfect presents

A League of Your Own: Pick up a Racket