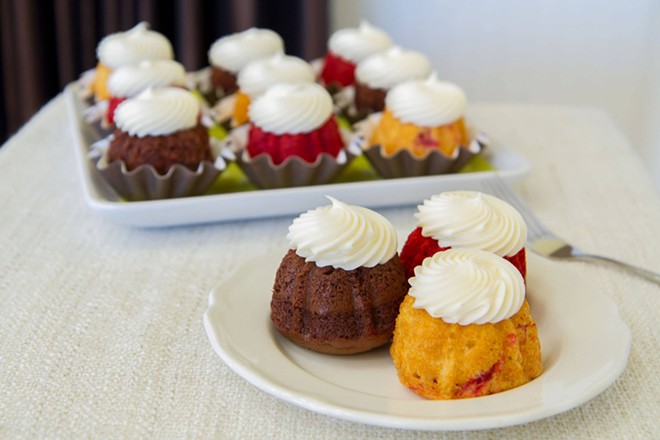 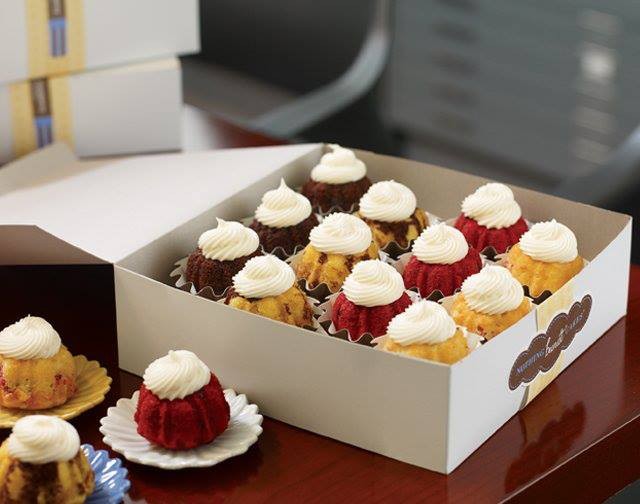 Samuel Canty and his family were on their way to a friend's house for brunch with the intention of bringing a coffee cake. Instead, his dad suggested picking up a cake from Nothing Bundt Cakes, a bakery the rest of the family had never heard of.

Canty had been looking into a couple of different franchise opportunities, but once he tasted Nothing Bundt Cakes, it caught his attention. "We tried it and it was amazing," he says.

Now, the 25-year-old — along with his mom — is opening a Nothing Bundt Cakes on the South Hill, and the family came back to the Northwest just to do so.

After growing up in Hayden, Idaho, Canty's family moved to northern California when he was 13. But they always knew they wanted to return to the Northwest. "This is the perfect opportunity to do just that," Canty says.

The Bundt-cake bakery chain has about 70 locations nationwide, but this will be the first to open in Washington. It's a homecoming not only for Canty, but also for Nothing Bundt Cakes cofounder Debra Shwetz, who grew up on the South Hill. Shwetz was crowned the 1975 Lilac Princess, attended Lewis and Clark High School and later graduated from the University of Washington.

At the Spokane location's official opening on Friday, Oct. 11, the cakes Shwetz dreamed up with cofounder Dena Tripp in Las Vegas will finally make their way into the mouths of her fellow Spokanites.

Nothing Bundt Cakes has nine year-round cake flavors and one seasonal flavor. (From October to Christmas you can get pumpkin spice.) Each cake — whether it's white chocolate raspberry, chocolate chocolate chip, red velvet or cinnamon swirl — is wrapped in chunky strokes of pedal-shaped cream cheese frosting.

The cakes come in both individual and large sizes. The Bundtinis are a 12-pack of bite-sized cakes and the Bundtlets are a single serving.

"The Bundtlet is sort of our answer to the cupcake," Canty says. The 8 and 10-inch cakes can come simply frosted or decorated for occasions with large colorful flowers, signs, party hats and more. ♦