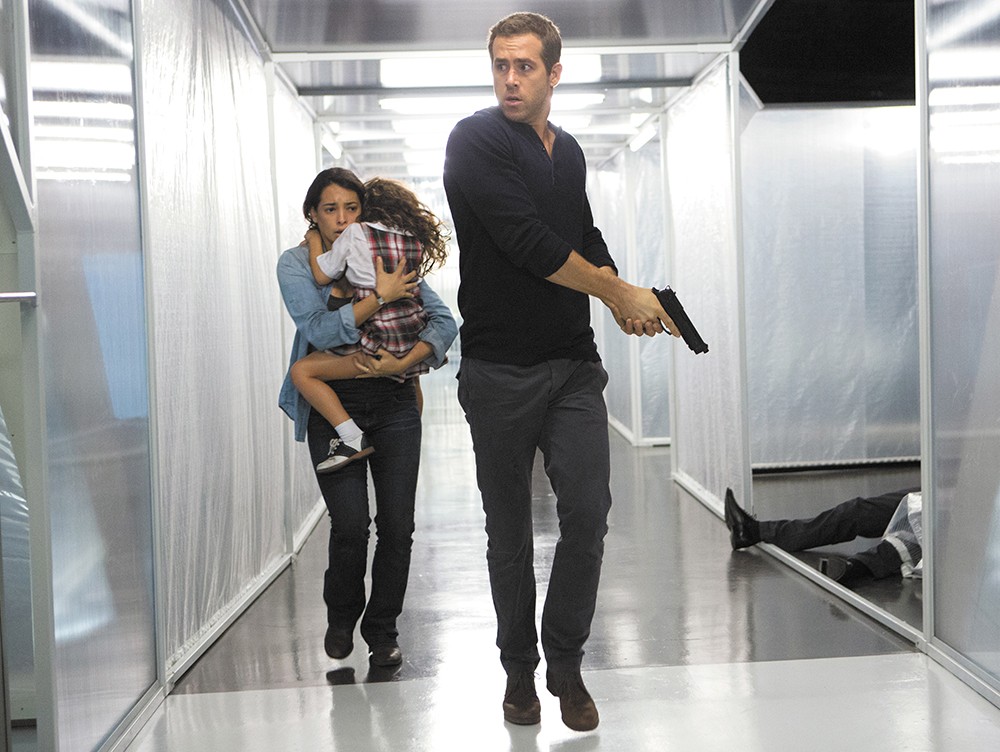 Despite a film journalist's most earnest efforts,

we aren't clued into everything about movies all the time. While many features roll into theaters after months of hype, or a respected auteur's latest work is greeted with a similarly lengthy period of festival buzz, occasionally it happens that a new film arrives where we might absorb little knowledge regarding what it's about, or even who made it. See, John and Jane Q. American Moviegoer: We critics can be just like you after all.

So it came to pass that, on a recent morning, the motion picture Self/less unfolded before me. And after nearly two hours, when the director's name finally appeared on the screen, my first reaction was, "That was a Tarsem Singh movie?"

The name may be unfamiliar to you, but you've probably seen his work, going all the way back to his iconic music video for R.E.M.'s "Losing My Religion." He's made movies that, no matter what you thought about their overall quality, were never wanting for visual imagination: The Cell, The Fall, even his more commercially mainstream work like Immortals and Mirror Mirror. Of the many things one could say about a Tarsem Singh movie, you could never say it didn't look like a Tarsem Singh movie.

And yet we have this science-fiction suspense yarn, which begins with a multimillionaire New York real estate tycoon named Damian Hale (Ben Kingsley) who's dying of cancer. He's willing to use his money to destroy the careers of rivals in the interest of preserving his empire, so it's no surprise that he's willing to consider using that money to prolong his life — even if that means considering an experimental procedure in which his consciousness is transferred into a new, genetically engineered host body. But when Damian wakes up in his new body (Ryan Reynolds) and receives his new identity of Edward Kittner, he begins to have hallucinations that suggest someone else might have once occupied that body.

Rote conspiracy-thriller elements — built around a plot nearly identical to the 1966 John Frankenheimer film Seconds — ensue, including (but not limited to): dark sedans following people; friends turning out to be secret spies; Internet search engine research; children in peril. The "mystery" of Damian's new identity is resolved fairly quickly — you already know if you've seen the trailer — leaving little more than the visceral effectiveness of a few individual chase sequences or fistfights to keep you watching.

That empty space easily could have been occupied by a more interesting central performance, but it's not clear how much of that problem is Reynolds' fault. It's true that he makes little effort to mimic Kingsley's mannerisms in a way that seems consistent with the way we see other beneficiaries of this procedure behave, or to convey Damian's supreme master-of-the-universe confidence now that he's also a physical specimen, aside from throwing a few elbows in pickup basketball. That failing, however, seems to be built into the script by David and Alex Pastor, who seem only vaguely interested in digging into the socioeconomic side of this "business," including those who profit from the sacrifices of soldiers. Self/less didn't require a sermon, but it could have used something to anchor the story more firmly as an allegory with a conscience.

It could have used more of Singh's distinctive Tarsem-ness, as well, especially in a story with a "living in another person's mind" hook similar to The Cell. He gets to show off a few stylistic flourishes as strange memories begin to intrude on Damian's consciousness, as well as a montage capturing Damian/Edward enjoying the hedonistic life afforded him by his healthy new body. There's also an unsettling sequence in which Singh cross-cuts between an argument and a young girl making her way toward a room too quiet and full of toys to be anything but creepy. And that's about it, as the look of Self/less remains mostly functional, pushing the story forward without much attempt to expand the concept of a person absorbing another man's life.

Then again, maybe there's something metaphorically appropriate about that. If this was ever meant to be a cautionary tale about the human cost of valuing corporate "creators" over those who facilitate that creation, maybe we're seeing the effects in action. Self/less finds a unique filmmaker's personality buried beneath something that seems to have no greater goal than continuing to exist. ♦

Self/less is not showing in any theaters in the area.