Bio-Luminesce is fueled by a sustainable fire. 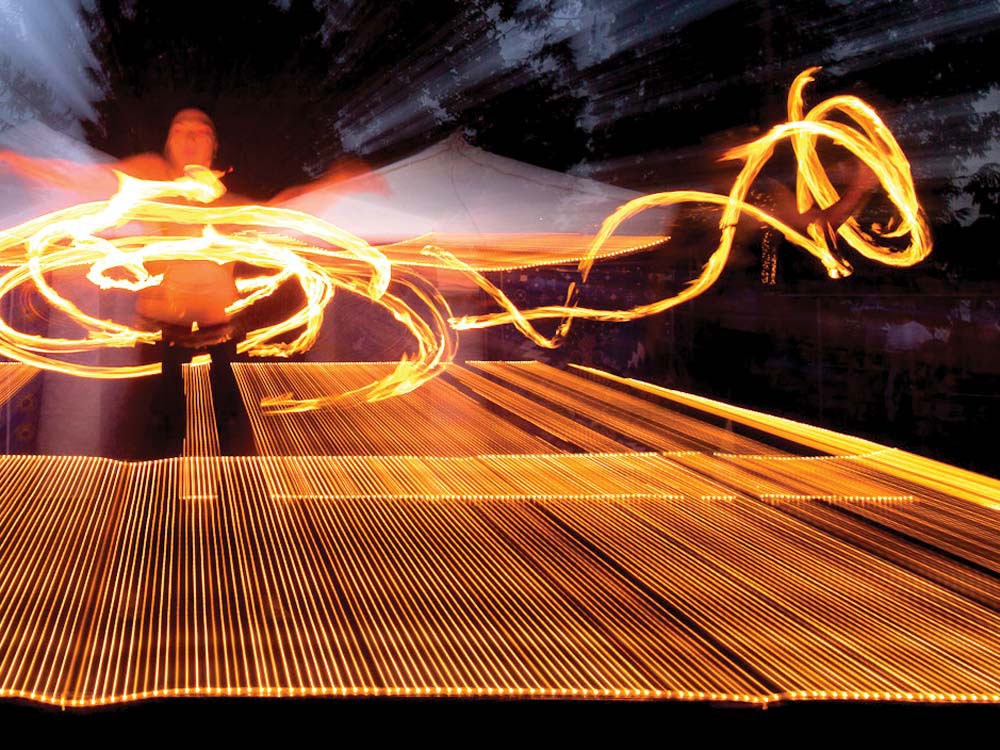 Getting hot and heavy in Sandpoint

The Sandpoint-based group, which will perform at the city’s four-day Winter Carnival, traces its art to the New Zealand Maori practice of poi, in which dancers spin small balls on plaited cords. Others came up with the idea of filling the balls with alcohol or kerosene, setting them aflame. But Bio-Luminesce added its own twist: Its fire is sustainably fueled, using biodiesel.

The fuel, which group co-founder Travis Engle makes from vegetable oil he gets from Eichardt’s and Ivano’s restaurants in Sandpoint, takes longer to light than traditional fuels, but it’s more reliable and — more importantly, he says — it fits with the troupe’s stated mission, to live a life “dedicated to the enlightenment and up-liftment of self, loved ones, and all of humanity.”

“I really believe in what we’re doing,” says troupe member Amanda Blossom, who discovered fire-dancing at a Grateful Dead concert in the 1990s and performed last summer at Michael Franti’s Festival at Sandpoint appearance.

Blossom, who also teaches at Waldorf School, invents her own fire “toys,” like a Kevlar jump rope (lit on fire, of course).

Engle, who helped found Bio-Luminesce more than 10 years ago, first experimented with bio-diesel in Hawaii, one of many places he lived while amassing the diverse skills he brings to the group: West African drumming, acting (he studied at Juilliard), dancing (he danced with American Jubilee Dance Theater) and various martial arts.