One local band is willing to give everything it’s got. 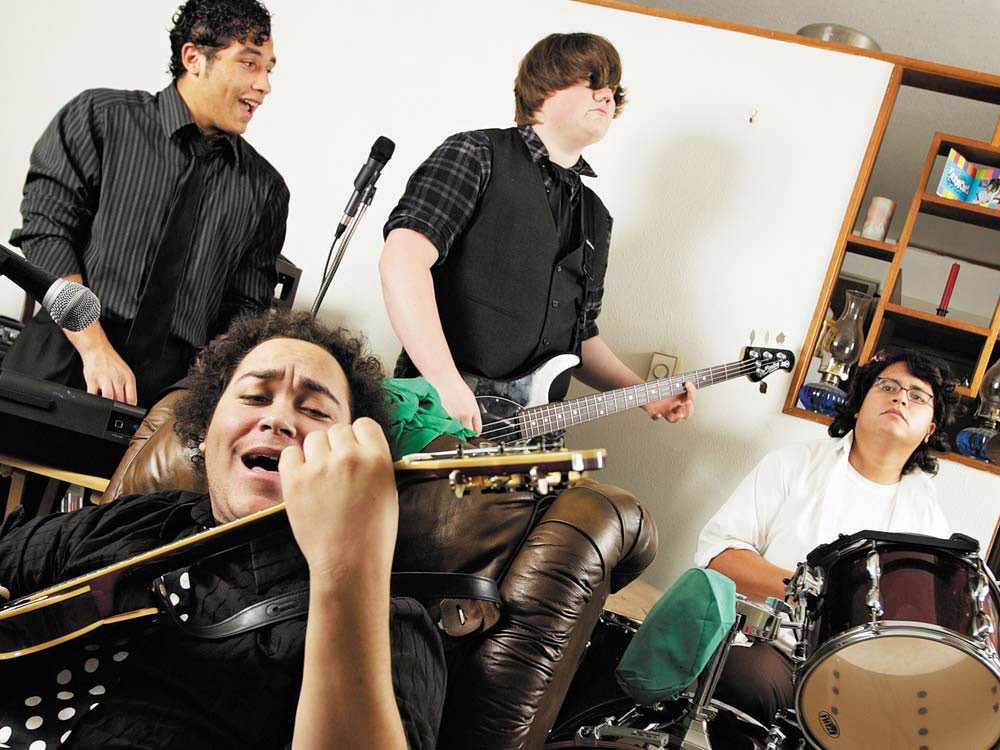 Desi Bullis is fully prepared to spend $250 printing posters. It’s tough to shell out that much money as a college student, but he has to. It’s his band’s one-year anniversary after all. And in that time, Bullis’ band, Arcadia is Burning, has, frankly, worked its ass off.

No one in the band knows the exact number of shows they’ve played so far, and while Desi was able to recall 32 of them, he knows the actual number is definitely a lot higher than that.

“There was a time in March when we were booking a show a week,” says Dahveed Bullis, Desi’s brother who plays guitar and provides vocals. “We wouldn’t get any sleep, we’d just practice and play shows.”

Though their schedule was stressful at times, with school, work (all four of them work at Wendy’s), practice, shows and hours of self-promotion, AiB has earned a reputation as a dedicated and talented band.

But it might also be the band’s diversity of sounds exciting the crowd. There’s something for everyone: At one show, you’ll hear an alternative song, followed by a synth-pop song, segueing into a jazz standard — all held together by Ruben Elias’ pounding drums and Dahveed’s confident, John Popper-esque vocals.

“We don’t want to get stuck in one genre,” says bassist Jake Hansen.

Looking toward their second year as a band, they’re apparently trying to work themselves to death, or at least into a coma: They want a summer tour, a documentary, a comic book and a concept album.

They hope to have comic books available for purchase at their anniversary show later this month at Empyrean — and they’ll spend plenty of their own money to print them. It’s a sacrifice they’re willing to make, though. To them, this band is everything.