Hard-hit by a wildfire, Bayview didn't lose its spirit 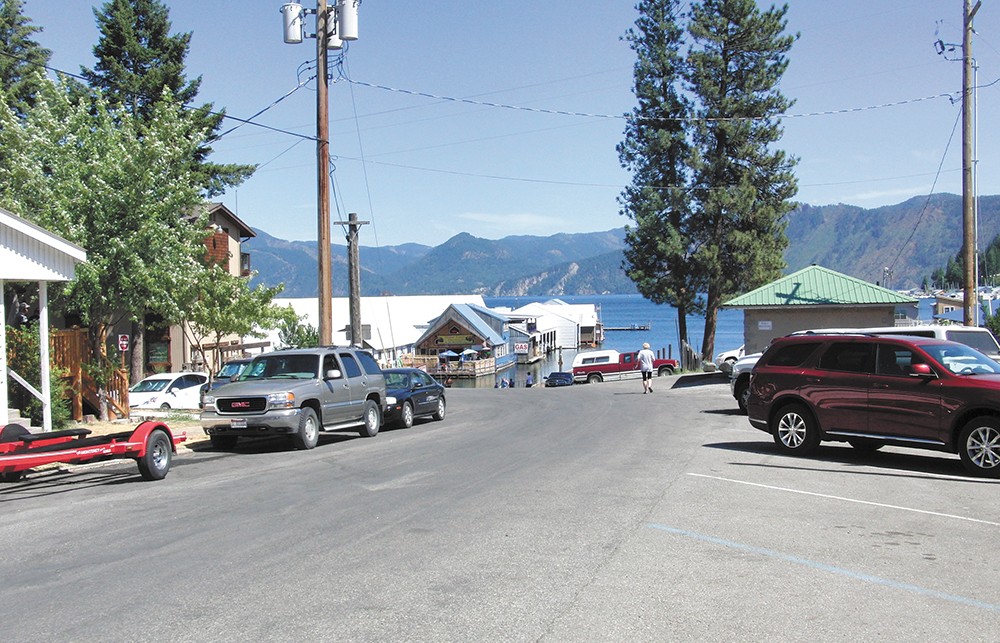 As the sun sinks in the evening,

the mountains that rise up around Lake Pend Oreille on every side begin to shift colors, cycling through greens and teals and lavender. It's quiet on the glistening cerulean lake, an unearthly kind of quiet.

The lake — 1,157 feet deep, with so much water that its depths remain a steady 39.5 degrees year-round — rests between mountains, like someone poured a vast pool of icy, cold water between cliffs. The lake is deep enough to give rise to the legend of the lake monster affectionately referred to as Pondy; deep enough that some believe an underground river connects it to the ocean more than 300 miles away; deep enough to be chosen as a submarine development location by the Navy.

Ospreys swoop overhead, hunting for fish as the sun sinks below the mountains in the west. A mountain goat looks on, motionless, from amid the ponderosa pines and Douglas fir trees to the east, as if he too is captivated by the beauty of it all.

"This is a magic place," says Roger Hohle, who moved here in 1999 to work at the Navy's Acoustic Research Detachment facility.

"It all revolves around that lake right there," a man seated at the bar at JD's Resort says. There's a magnetism to this scrap of Lake Pend Oreille that's hard to describe, but often murmured of in Bayview. Lore passed down among the Kalispel and Kootenai tribes mention this place. The Kootenai speak of pilgrimages made to this bay, of days spent dancing and making offerings to the spirits of the dead. The dead, they say, would go to the sun before returning here to the shores of the lake. Setting out on a boat from the docks at sunset, you can feel what drew them, between the depth of the lake and the mountains that jut to the sky. Or maybe it's just Pondy lurking.

Bayview isn't so far away that it's cut off from things, but at the same time it is. Cell service is spotty. Locals speak of "going to town"; maybe not today, maybe not tomorrow, but before the dog food runs out. "Town" is Hayden or Sandpoint or Coeur d'Alene — somewhere with more than the four bars, one liquor store and one convenience store that Bayview's sleepy downtown has to offer. Boat culture is big here: Hundreds of sailboats live at the Lake Pend Oreille Yacht Club, and many participate in the regattas that take place twice each week during the summer. More than 100 eclectic float homes perch on the docks that curve around Scenic Bay. Some are sleek and modern. Others are whimsical — one is a replica of a lighthouse — and others are collapsing into their docks.

JD's Resort is where the true locals

go to sip vodka from glass tumblers, maybe with a splash of cranberry juice. Dozens of dollar bills line the ceiling, words and drawings scrawled across each. Regulars joke that these dollars are the owner's retirement fund.

JD's is a fixture; it's been here as long as anyone can remember. Sandy McGuirk has been serving up drinks here for the past three years.

"This is the only place guaranteed to be open year-round," says McGuirk. It's 1 pm and McGuirk is issuing a friendly after-this-drink-you're-cut-off to one of the two men seated at the bar.

"Aw, Sandy... " the man says. Somehow, at 8 pm, he's still here, though, not really any more worse for wear than he was seven hours ago. He's thinking of attending the meeting at the community center. Or maybe he'll just wait here to hear about it.

and I've been here ever since," says 32-year-old Katie Eddy, polishing glasses dry behind the bar of the recently reopened Buttonhook Inn restaurant. "Nothing really bad ever happens here."

Behind the Buttonhook, smoke rises from the scorched Cape Horn Mountain, where just today a fire crew of 500 announced they were finished fighting the blaze that ignited over the July 4th weekend, torched 2,000 acres and devoured six homes.

"When things go awry, we all come together," says Kirsten Streater. "Coming from Reno, it wasn't like that there."

In the early 20th century

there were lime mines here, and the abandoned kilns still sit like forgotten castles along Scenic Bay. When the Depression hit, demand for cement in the region slacked. Then in 1941, locals say, Eleanor Roosevelt pinpointed the lake as the perfect location for the inland Farragut Naval Training Station, which closed in 1946. Commercial fishing was a thing until the 1960s. Now the only real industry in town is the Navy's submarine test base. At JD's Resort, it's not unlikely that the person sitting next to you is a retired applied mathematician or someone who studies fluid dynamics; sitting there sipping their vodka cranberry and taking consolation in entropy. ♦

The town has as many as 500 residents during the peak of summer; the population shrinks to 300 or so after the tourists leave and the snowbirds head south for the winter.

On the weekend closest to the Fourth of July, the town hosts as many as 7,000 guests for Bayview Daze. There's a parade, pony rides and — most important — the legendary fireworks show over Scenic Bay, where each explosion adds to the cacophony of echoes off the five surrounding mountains and reflections off the glistening lake.

Renowned botanist John Bernhard Leiberg, whose last name graces the species names of many popular plant varieties and whose specimen findings reside in many esteemed botanical collections, settled in Bayview with his wife around 1900.