California school shooting is another nightmare made real 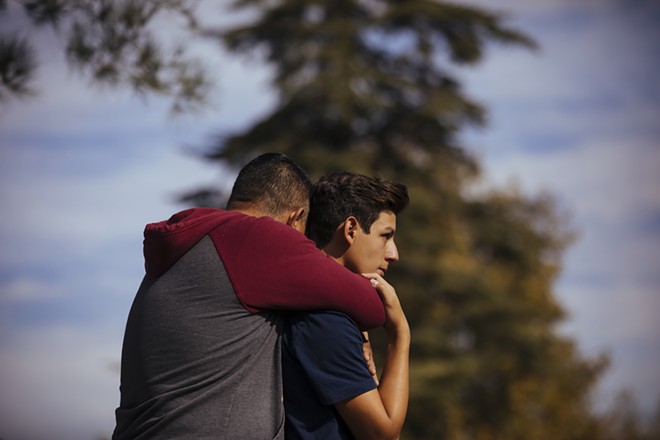 David Walter Banks/The New York Times
Students are reunited with their parents after a shooting at Saugus High School in Santa Clarita, Calif., on Thursday, Nov. 14, 2019. A 16-year-old student pulled a handgun from his backpack at the school on Thursday morning and shot five students, killing two, the authorities said. The gunman was in grave condition after shooting himself in the head, they said.
By Jill Cowan, Amy Harmon and Nicholas Bogel-Burroughs
The New York Times Company

SANTA CLARITA, Calif. — Frantic parents texted with teenagers barricaded in classrooms. Others offered shelter to students fleeing their high school in this sleepy suburb north of Los Angeles on Thursday. It was the latest example of a wrenching sequence that has become a recurring nightmare for families in America.

This time it was a little after 7:30 a.m. when a young man opened fire at Saugus High School in Santa Clarita, killing two students and wounding three others before turning the gun on himself, authorities said.

For Saugus students, the sound of gunfire came with the shock of recognition that the lockdown routine they had practiced would not be a drill. For parents, there was the terror that this time, their children might be the ones to die.

Little is known about the suspect or his motive. Medical staff had transferred the suspect to a hospital before the police had identified him.

Capt. Kent Wegener of the Los Angeles County Sheriff’s Department said the suspect’s girlfriend and mother were with detectives at the Santa Clarita Valley station. Officers also searched the suspect’s home, he said, which is about a mile away from the school.

The sound of the gunshots in the quad did not reach Kaitlin Holt’s classroom. Her choir students were listening to a recording of their own singing, which drowned out the popping.

But then several students rushed in, screaming. One of them, a freshman girl, had been shot, said Holt, 26.

After barricading the door, Holt grabbed a gunshot wound kit that she keeps in her classroom and wrapped the wounds of the freshman girl who had been shot in the torso and shoulder, she said. The girl survived.